HBO’s documentary films will continue to have the woman’s touch.

The network announced today that Nancy Abraham and Lisa Heller have been named executive vice presidents of HBO Documentary and Family Programming. They will replace the division’s longtime president Sheila Nevins, who is leaving HBO in early 2018 after 38 years.

“With Nancy and Lisa leading a stellar team, there will be a continued commitment to the excellence that was a hallmark of Sheila’s tenure,” HBO programming chief Casey Bloys said in a statement. “Our viewers can look forward to a compelling slate of programming.”

Abraham and Heller are currently senior vice presidents for HBO’s documentary and family programs. Both are already veterans at the network—Abraham has been in the documentary division since 1995, and Heller arrived in 2000. Their enviable portfolio includes Oscar- and Emmy-winning documentaries such as Citizenfour, Born Into Brothels, The Loving Story and The Jinx.

But they still have big shoes to fill. Nevins has produced over 1,000 documentaries for the network which have won 26 Oscars, 35 Emmys and 42 Peabody Awards. New York Times columnist Maureen Dowd called her “the grande dame of documentary.”

The “dame” factor is (sadly) worth noting in an industry where many decisions are still made by men. HBO actually has more gender parity than most networks—10 of the 21 people on its executive board are women. So while it’s not quite surprising that the network promoted two female industry vets from within to take Nevins’ place, it’s still encouraging given that most networks and studios are boys’ clubs. 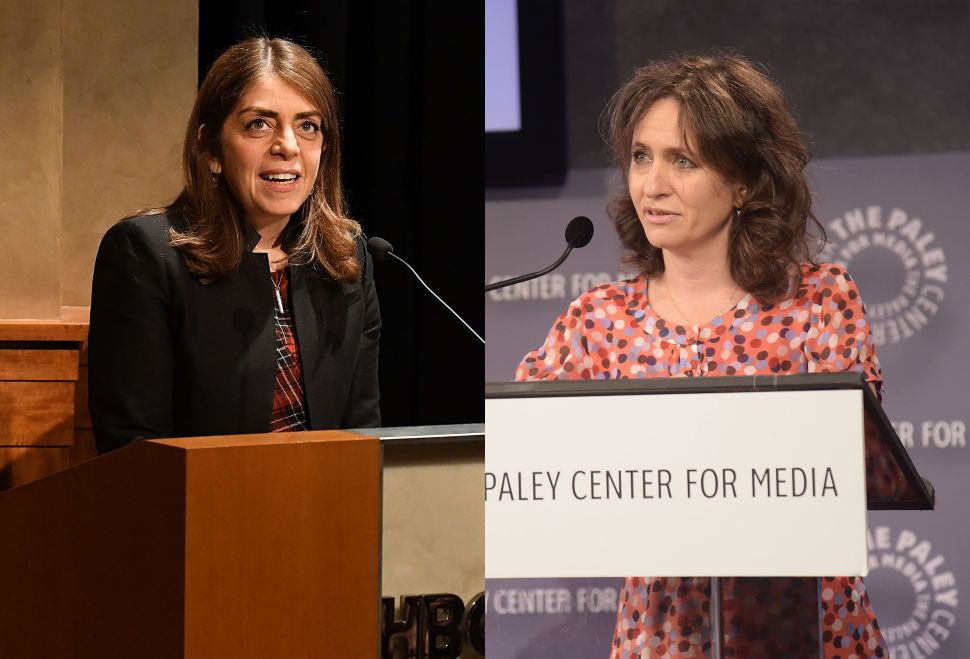