The GOP tax bill is headed to President Donald Trump for a final signature. Despite interruptions from protestors, and a procedural conflict that required a revote from Congress, the House and the Senate approved the Tax Cuts and Jobs Act on Wednesday.

“Today we are giving the people of this country their money back. This is their money, after all,” said Speaker of the House Paul Ryan just before the first House vote, where the bill passed by a vote of 227-203 on Tuesday afternoon. Thirteen Republicans joined Democrats in opposing the measure.

The Senate made several changes to the bill late Tuesday to allow it to pass under reconciliation rules, forcing the House to revote on the revised bill. Early Wednesday morning, the Senate passed the legislation with Vice President Mike Pence presiding over the motion. Fifty-one Republicans voted along party lines while 48 Democrats opposed. Arizona Senator John McCain was at home undergoing physical therapy for brain cancer.

Following the senate’s passage, the House re-passed the Senate approved legislation by 224 to 201.

“Today we have the worst bill of its kind to ever hit the House floor,” lamented House Minority Leader Nancy Pelosi before the House’s revote. “Today Republicans take their victory lap for successfully ransacking the middle class to benefit the privileged.”

After aborting the party’s seven year promise to repeal and replace the Affordable Care Act, Republicans unified behind tax reform to deliver Trump his first legislative victory. But even with backing from the populist and establishment wings of the party, many Republicans held off on supporting tax reform. Florida Senator Marco Rubio threw the GOP a monkey wrench last Thursday after withdrawing support from the bill until his terms for child tax credits were met, forcing a last-minute re-write of the bill. After revisions were made, Rubio publicly endorsed the tax plan and voted for it alongside other GOP senators.

The Tax Cuts and Jobs Act is the first major overhaul of the U.S. tax code since the 1986 tax reform effort passed by both Republicans and Democrats under the Reagan administration. The sweeping $1.5 trillion package of tax cuts reduces the corporate tax rate from 35 percent to 21 percent, lowers the rates for top earners from 39.6 percent to 37 percent, and creates a 20 percent income deduction for businesses. 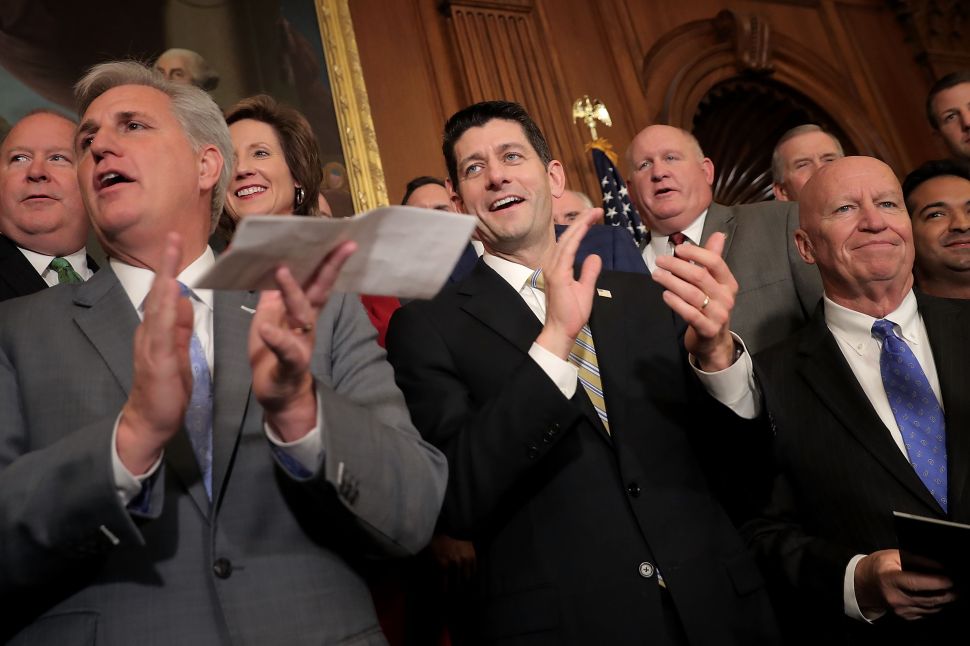