December 7, 1941 was one of the five deadliest days in American history, outside of the American Civil War. In the 90-minute Pearl Harbor attack, the Japanese sunk four battleships and two destroyers, destroyed 188 aircraft, and damaged buildings, ships and airplanes. 2,400 Americans were killed and another 1,250 were injured in the attack, which launched the U.S. into World War II, which would eventually claim nearly 300,000 American lives and cost the country $350 billion.

Such a jolt drove Americans to do something they had not done before. In addition to mobilizing more than 16 million men, they also admitted nearly 400,000 women into the services. Among these were nearly 10,000 female codebreakers, whose service paved the way for women in the postwar workforce, spycraft, and politics.

Our country was attacked in response to an oil embargo and a freezing of commercial assets over atrocities committed in the Sino-Japanese war, like the “Rape of Nanking” and leveling of Chinese cities. The U.S. was aware that an attack was possible, but knew little about where the attack would come from or how it would be done.

Pearl Harbor prepared but for the wrong war. They were ready for a sabotage attack, so the ammunition was locked up, the airplanes were clumped together, and the battleships were grouped together. All this was great for stopping terrorists on the ground but disastrous for defending against aerial attacks.

America had deployed the latest technology, and a radar station picked up the enemy aircraft, but it was falsely assumed to be an American squadron of American B-17 bombers, and was therefore dismissed.

As a Census Bureau analysis of December 7 reveals, “On December 6, 1941, the U.S. intercepted a Japanese message that inquired about ship movements and berthing positions at Pearl Harbor. The cryptologist gave the message to her superior who said he would get back to her on Monday, December 8.”

Liza Mundy’s book Code Girls reveals that after December 7, 1941, thousands of women from liberal arts colleges, and even some state universities, were recruited to create a massive codebreaking operation already begun by a handful of women before WWII. Before Pearl Harbor, our army had less than 200 codebreakers (a handful were women who made amazing contributions). By the end of the war, the U.S. Army had 8,000 codebreakers employed domestically, and another 2,500 in the field, 7,000 of which were female. The U.S. Navy also had a contingent of codebreakers before World War II. By V-J Day, the U.S. had 5,000 Navy codebreakers; 4,000 of them women.

In World War II movies about cryptography, the archetype is the brilliant male with bizarre mannerisms, unable to interact well with others, who would suddenly be hit with “Eureka” moments. The Oscar-nominated movie The Imitation Game stars Benedict Cumberbatch playing real life hero Alan Turing. But Turing’s teammate Joan Clarke, played by Keira Knightley, wasn’t just Hollywood fiction; she was a real cryptanalyst heroine from Bletchley Park.

American codebreakers made their brilliant discoveries with teamwork, careful attention to detail, willing to let someone else take the credit in exchange for getting the job done—all admirable qualities.

Their work did more than free up men for combat. They provided a vast amount of intelligence about coastal fortifications in France, Japanese ship movements in the Pacific, and submarines in the Mediterranean. These women helped commanders and soldiers outthink and outfight the enemy.

A great example is Operation Vengeance, where our codebreakers learned the exact location of where Admiral Isoruku Yamamoto would be flying to inspect Japanese forces. A squadron of P-38 Lightning planes pounced on his Betty Bomber and Zero fighters, killing the architect of the Pearl Harbor attack.

Compare that contribution to our World War II enemies: Nazi Germany, Fascist Italy, and Tokyo’s military regime. “The Axis powers never mobilized their women to the extent that the Allies did,” Mundy writes. “Japan and Germany were highly traditional cultures, and women were not pressed into wartime service in the same way, not for code breaking or for high-level purposes.”

In prior conflicts, when women replaced men in the workforce, they were expected to return to the home once the fighting was done. But the female codebreakers changed all of that. As Elaine Showalter writes, “Bryn Mawr President Katherine E. McBride noted that the war was creating unprecedented opportunities for highly educated women: ‘There is a new situation for women here, a demand that has never existed for them before.’”

Some of that was due to the opportunity for additional intelligence work during the Cold War, as Ann Caracristi learned, when she worked her way through the ranks to become deputy director of the National Security Agency. But a lot of it was from male co-workers who discovered that women could be riveters, and codebreakers, and postwar political, military and economic leaders as well.

Another example is Elizebeth Smith Friedman, who found success not only in cracking enemy codes, but also by breaking the secret messages of organized crime during peacetime, as well as busting domestic spy rings during the war. In fact, a key National Security Agency building is named after her and her husband, her teammate in the codebreaking effort.

America learned a valuable lesson in World War II that our Axis rivals never discovered. When fighting a two-front war, it’s best to employ both genders to the task to achieve victory. 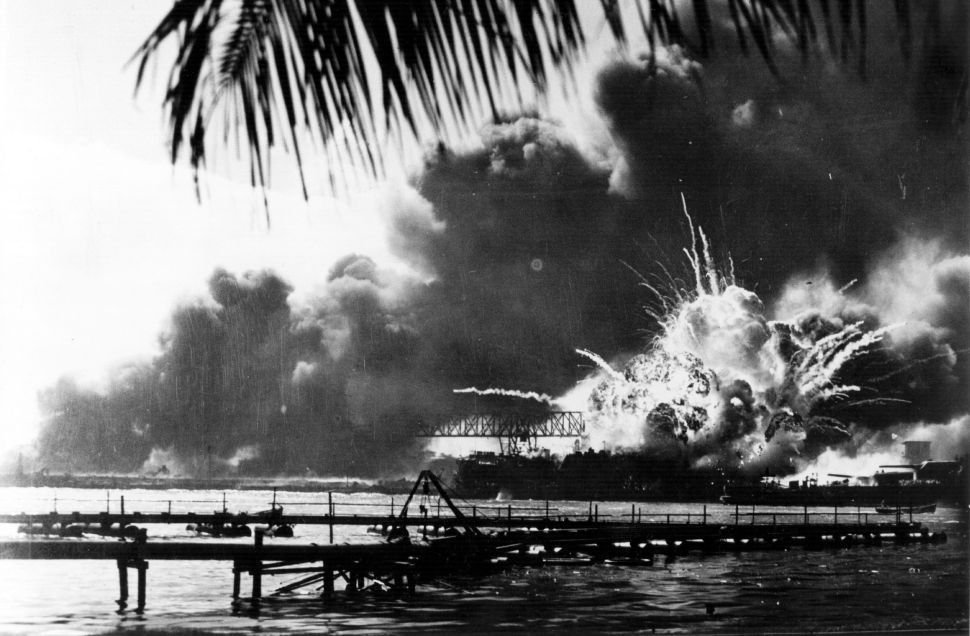