As reported last week, Japan Airlines (JAL) plans to invest $10 million dollars in Boom Supersonic of Denver, Colorado. Both JAL and Richard Branson’s Virgin Group are options holders on the proposed first new supersonic jetliner. The fledgling manufacturer anticipates its 55 seat airliner will be able to fly nonstop from New York to London in three hours and fifteen minutes. Called the Mach 2.2, Boom is planning for the aircraft to enter service in the mid 2020s and already has 76 aircraft pre-orders on its books.

This recent investment means that Boom has raised a total of $51 million dollars towards development of its new aircraft. The jetliner’s lightweight composite design, combined with a delta wing (similar in appearance to Concorde’s) should allow it to operate ten percent cheaper than its long-running predecessor.

To date, there have only been two commercial supersonic passenger jets: the British-French Concorde and the Soviet built Tupolev Tu-144. While Concorde racked up 27 years of commercial service, the Tu-144 only had two years to its name.

Concorde’s successful run ended after its first ever fatal crash on July 25, 2000. Foreign object damage (FOD) from a Continental DC-10 fallen part caused a tire to explode, subsequently piercing a fuel tank. This led to a fuel explosion and subsequent crash, killing all passengers and crew.

Still, Boom Supersonic’s ten percent operating cost reduction might not be enough for airlines to operate the jet and stay in the black. British Airways and Air France were only able to operate Concorde at a profit due to an enormous subsidy provided by their governments.

Boom’s timeline for production is perhaps overly optimistic. Concorde’s original program cost was estimated at £70 million. With huge delays, cost overruns were estimated at £1.3 billion, as noted by City-University of London. In Boom’s favor are its existing pre-orders. If aircraft pre-orders and eventual sales continue to escalate it would greatly help the manufacturer offset the high production costs.

Here in the U.S., federal regulation prohibits commercial aircraft from traveling over the mainland and populated areas in excess of the speed of sound. This is because traveling through the air at the speed of sound causes shock waves and excessive sound energy. Sounding like small explosions, it would be quite common for minimal property damage, such as broken house windows and damage due to vibration to occur as a result of sonic boom. With Concorde, the aircraft was forbidden to establish supersonic flight until well off the coast of Cape Cod. Most supersonic flight is only permitted over open ocean.

NASA has made public its plans to work on technology to help mitigate the sonic boom from aircraft. If they are successful, it could soon open the door for changes to the regulations that govern supersonic flight over land.

Boom will not be the first to attempt to design and build a production commercial aircraft. Since 2002, Aerion Corporation has reportedly had its sights set on technology and producing world’s first supersonic business jet that could be capable of speeds one and a half times faster than sound.

As passengers, we certainly have a lot to look forward to in terms of supersonic flight, and one hopes this technology will return sooner, rather than later. Concorde’s technology was remarkable when it first debuted in 1969. What is also remarkable is that 48 years later there are no commercial supersonic aircraft flying in the skies overhead. 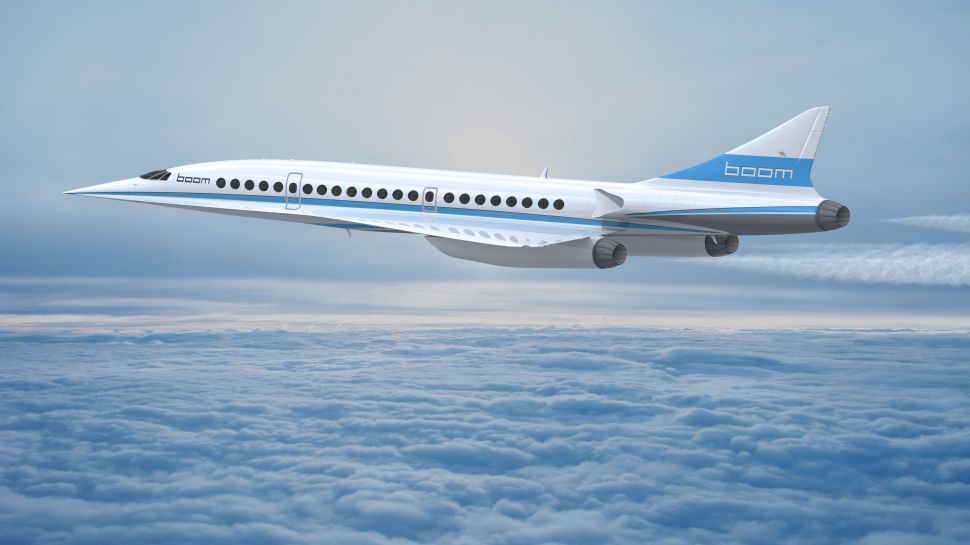