On Wednesday, Trump announced the United States will now recognize Jerusalem as the capital of Israel and will move the U.S. embassy from Tel Aviv to Jerusalem, an abrupt departure from almost seven decades of U.S. foreign policy that has aimed to preserve the Holy City for the whole of the Middle East.

“Today we finally acknowledge the obvious: that Jerusalem is Israel’s capital,” the president announced from the White House Diplomatic Reception Room. “This is nothing more or less than a recognition of reality. It is also the right thing to do. It’s something that has to be done.” Trump cited his administration’s decision as “a long overdue step to advance the peace process” between Israel and the Palestinians.

“There will of course,” Trump stated, “be disagreement and dissent regarding this announcement.” The president then called for “calm, for moderation, and for the voices of tolerance to prevail over the purveyors of hate.”

Since the White House confirmed plans to recognize Jerusalem as Israel’s capital, a wave of contention has arisen from leaders throughout the Middle East, who are denouncing the decision, saying it further politicizes the holy ground, which is fiercely contested by Jews, Muslims, and Christians.

According to a government spokesperson, Palestinian President Mahmoud Abbas warned Trump in a phone call following the announcement of the “dangerous consequences such a decision would have to the peace process and to the peace, security, and stability of the region and of the world.” Abbas’s words have already become reality: Palestinian protesters assembled along the West Bank and Gaza Strip, burning photos of Trump and American flags. The demonstration erupted into a conflict and left 31 injured.

Saudi Arabia’s King Salman said of the decision, “Any American announcement regarding the situation of Jerusalem prior to reaching a permanent settlement will harm peace talks and increase tensions in the area.” He later called Trump’s decision a “dangerous move” that is “likely to inflame the passions of Muslims around the world” to the official Saudi Press Agency (SPA).

Jordan’s King Abdullah II denounced the decision as one that could cause “dangerous repercussions on the stability and security of the region,” and Egyptian President Abdel Fattah el-Sisi strongly advised Trump against “taking measures that would undermine the chances of peace in the Middle East.” Amid growing tensions between the U.S. and Iran over the nuclear deal, Supreme Leader Ayatollah Ali Khamenei credited the move to the “incompetence and failure” of the U.S. administration.

Iran-backed militant group Harakat Hezbollah al-Nujaba also cited the move as a danger to U.S. soldiers. “Trump’s stupid decision to make Jerusalem a capital for the Zionist will be the big spark for removing this entity from the body of the Islamic nation, and a legitimate reason to target American forces,” stated the group’s leader Akram al-Kaabi. Unleashing more controversy in the region could derail the U.S.-led international coalition against ISIS, for which the U.S. has already deployed 5,000 troops on the ground in Iraq.

Iraq demanded the U.S. revoke its decision to recognize Jerusalem as the Israeli capital to avoid terrorism and a backlash from Iraqi forces on U.S. troops. “This move would unleash turmoil in the region and the world alike. The USA’s decision will also have a prejudice against the rights of Palestinians, the Arab and the Islamic world,” remarked Iraqi Prime Minister Haider al-Abadi.

The Israeli right, on the other hand, was overjoyed. “Thank you President Trump for today’s historic decision to recognize Jerusalem as Israel’s capital,” said Israeli Prime Minister Benjamin Netanyahu in a press conference, a longtime supporter of Trump’s candidacy. “The Jewish people and the Jewish state will be forever grateful,” he said, then adding that the decision “reflects the president’s commitment to an ancient but enduring truth, to fulfilling his promises and to advancing peace.”

Pope Francis also denounced the decision, calling for peace talks to achieve a two-state solution. “I make a heartfelt appeal so that all commit themselves to respecting the status quo of the city, in conformity with the pertinent resolutions of the United Nations,” he said in a press conference. “The Holy Land is for us Christians the land par excellence of dialogue between God and mankind. The primary condition of that dialogue is reciprocal respect and a commitment to strengthening that respect, for the sake of recognizing the rights of all people, wherever they happen to be.”

The leader of the Palestinian Islamist group Hamas, Ismail Haniyeh, called for an uprising against the Israeli state. Describing the U.S.-Israeli alliance as a “satanic” bond that “could only be confronted by a renewed intifada against the occupation,” Haniyeh signals what is expected to be the first of many demonstrations against Trump’s dedication to U.S.-Israeli solidarity as protests continue to erupt throughout the region in Jerusalem, Bethlehem, and Ramallah. 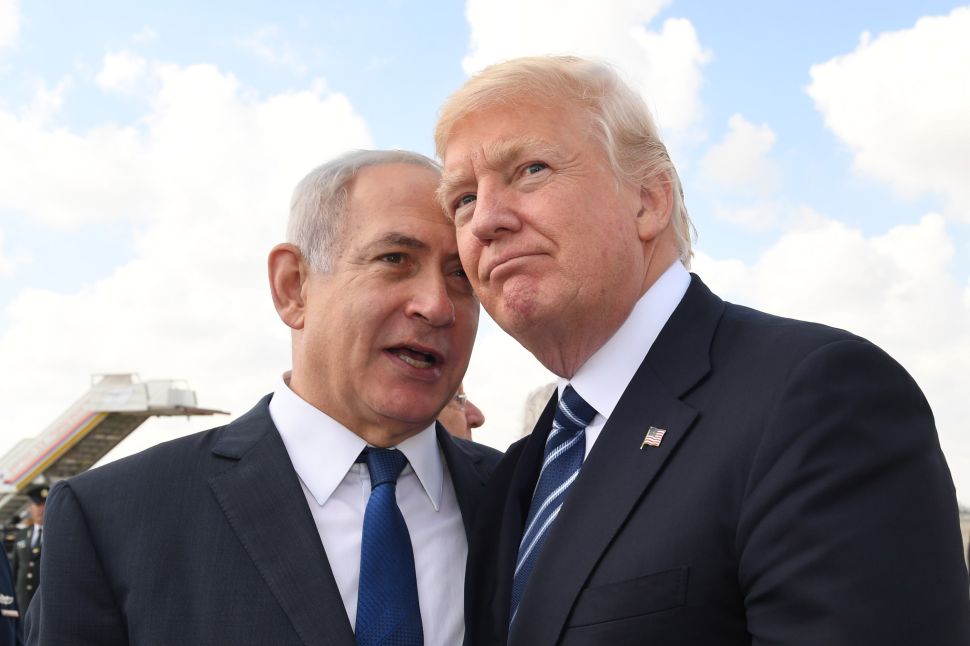