Masayoshi Son, founder and CEO of Japanese telecommunication company SoftBank, is arguably the most memorable and unconventional business figure in 2017. Having raised $93 billion in SoftBank’s Vision Fund, the largest venture capital fund ever raised, and placing heavy bets in tech’s trendiest fronts like artificial intelligence and shared economy, the Korean-Japanese businessman turned the image of SoftBank from an Asian company with a slightly confusing name to a venture capital powerhouse with few peers.

Tech news site Recode ranked Son No.6 on Recode 100, the publication’s ranking of 100 most important people in tech, business and media in 2017, trailing other high-flying CEOs like Amazon’s Jeff Bezos, Facebook’s Mark Zuckerberg and Apple’s Tim Cook. Interestingly, Son stands out from the top ranks not for his accomplishments in running a particular business, but rather for investing in a great many.

SoftBank led or participated in probably every notable startup deal in the past year: $4 billion in chipmaker Nvidia’s post-IPO equity raising (Nvidia is one of the most profitable companies in 2017); $4.4 billion in WeWork (and a separate $500 million in WeWork China); and a bargain deal in Uber following a bitter boardroom war inside the startup.

Since the closing of Vision Fund in May, SoftBank has made 30 investments, almost doubling the amount in 2016, according to Crunchbase data. In December alone, the fund invested in six companies—five of which are in the U.S.—with footprints extending far beyond America. Besides Uber, SoftBank is a large stakeholder in Chinese ride-hailing giant Didi Chuxing (which acquired Uber China last year), with a whopping $4 billion investment in December, and Ola, the Indian equivalent of Didi, which SoftBank funded $1.1 billion in October.

There are already talks within SoftBank to raise a second and even larger fund, Recode reported.

Son established a reputation for audacity and clairvoyance in Asia long before he became familiar to Silicon Valley. When committing to a goal, he tends to pursue it at all cost. In an interview with former KKR chief David Rubenstein on Bloomberg TV’s David Rubenstein Show, he recalled an early instance where, at the age of 16, he spent more than 100 long-stance calls and a flight from Tosu (a city in southern Japan) to Tokyo—just to get a sight of Den Fujita, the founder of McDonald’s Japan, whom he had developed a strong admiration for from reading a book of his.

“I said [to his secretary], ‘Tell him exactly the way I said—You don’t have to look at me, you don’t have to talk me, you can keep working on whatever you are doing.’ I just want to see his face for three minutes,” Son told Rubenstein. His effort was at last rewarded with a 15-minute meeting with Fujita.

Son became an early investor in Chinese Internet giant Alibaba in 2000, when the company was nothing more than a hollow sales pitch that Jack Ma, the founder, touted around to angel investors. Despite Ma’s lack of any a business plan or office, Son committed $20 million. “His business model was wrong,” Son said at the Rubenstein Show. “[But] I could tell from the way he talked that he has charisma and leadership.”

He was also an early investor in Yahoo U.S., when it had only 15 employees. SoftBank acquired 35 percent of the company for $100 million, and later formed a joint venture with Yahoo U.S. to create Yahoo Japan.

In fact, the name SoftBank embodies the meaning of a typical venture capital firm—”a bank of software,” as Son put it, that sums up the company’s early years of expansion through acquiring small software companies.

Son’s aggressive bet in technology in 2017 (and likely for years to come) reflects the exact same confidence and commitment shown in his early years. He said he had a strong belief in “singularity,” a concept which Rubenstein decoded as “the point at which a computer becomes smarter than a human brain.”

“Computers are already smarter than mankind in chess (the game of Go), weather forecast and other expert subjects. In 30 years, in most of the subjects we are thinking, they will be smarter than us,” Son said.

However, Son’s bold moves are not without controversy. A major concern is the concentrated power behind his fund. About half of the Vision Fund came from Saudi Arabia’s crown prince Mohammed bin Salman, who has stake of $45 billion. SoftBank itself contributed $28 billion to the fund, and the rest was raised from a consortium of investors, including American tech giants like Apple and Qualcomm.

Prince Salman is expected to remain a major investor in SoftBank’s future funds, mainstream news outlets speculated. However, given the ongoing Saudi royal family feud and Prince Salman’s power consolidation agenda, Western observers worry the stability of this giant cash flow. “Because a lot is happening in the country, people are naturally wondering whether there is any risk to SoftBank,” a chief analyst of Japanese credit rating agency JCR told Bloomberg. 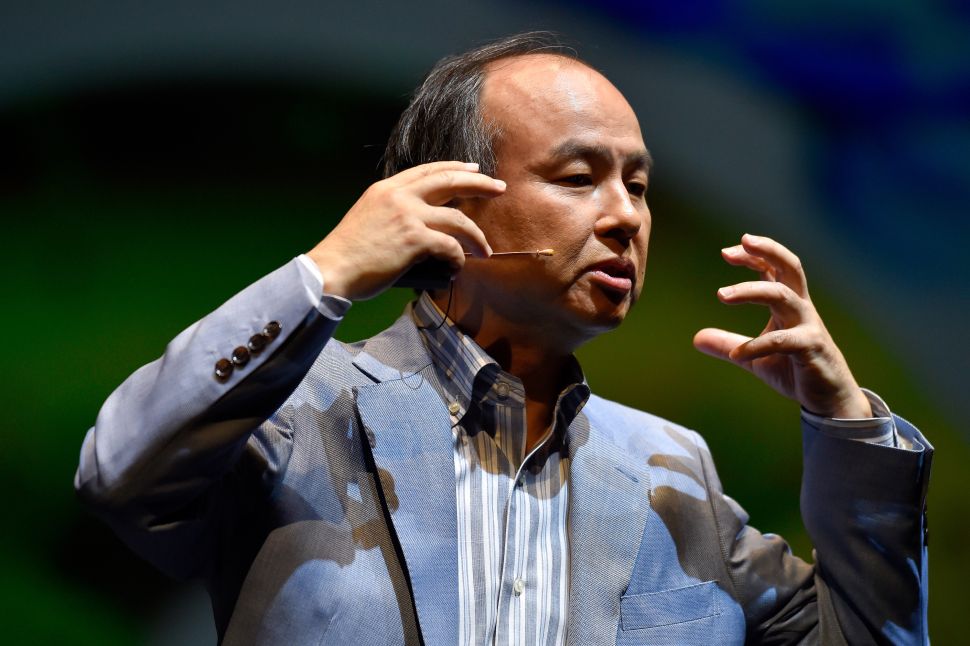