“I am very troubled by the recent controversy surrounding staff assigned to the special counsel’s investigation into Russian interference in last year’s presidential election,” wrote House Judiciary Committee Chairman Bob Goodlatte (R-Va.) in an official statement. “Next week, Members of the House Judiciary Committee will have the opportunity to ask Deputy Attorney General Rosenstein about these developments since he is tasked with overseeing the special counsel’s investigation.”

After former FBI Director James Comey was ousted and Attorney General Jeff Sessions recused himself, Rosenstein assigned Mueller to investigate Russian interference in the 2016 election. But a report published last week claimed the special counsel fired a federal agent for sending negative messages about President Donald Trump. The same agent edited a key phrase that would have had legal implications in Comey’s investigation into former State Secretary Hillary Clinton’s use of a private email server. Republicans seized this as partisan ammunition to call the probe a witch-hunt funded by taxpayer dollars.

“Next week, Members of the House Judiciary Committee will have the opportunity to ask Deputy Attorney General Rosenstein about these developments since he is tasked with overseeing the special counsel’s investigation,” said Goodlatte.

In an interview with an NBC affiliate on Wednesday, Rosenstein said that he was satisfied with Mueller’s work in the Russia investigation.

“When we conduct criminal investigations—just as was true in Maryland—we don’t talk about the investigation while it’s ongoing,” the deputy attorney general said. “So what the American people will see is only if and when a case is charged. And there are several cases that have been charged to date,” he said. 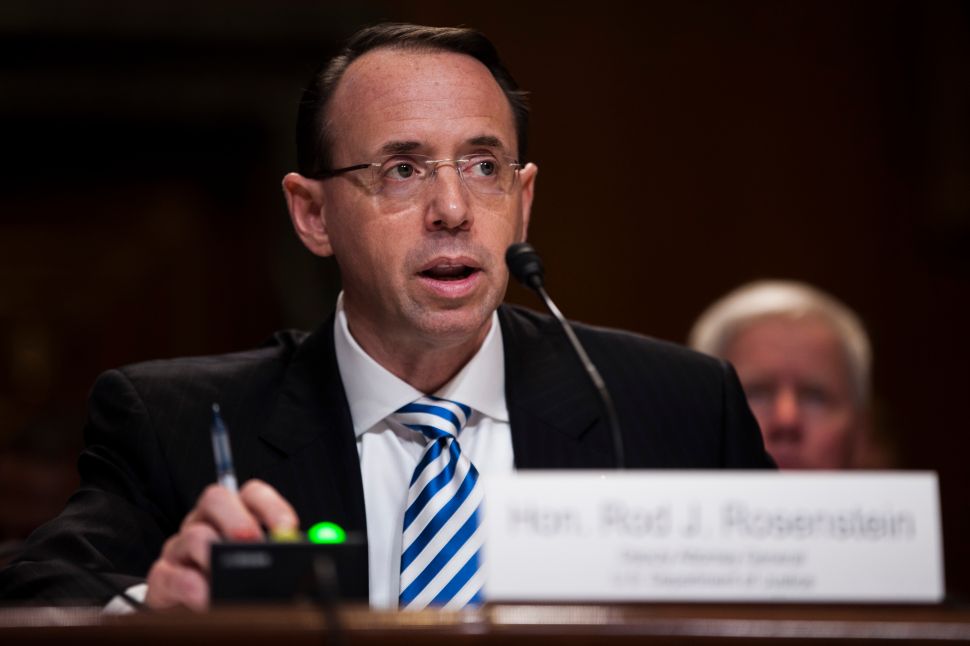