At least six Mexican journalists were murdered in 2017 due to their coverage of the country’s endemic corruption, the Committee to Protect Journalists (CPJ), a press advocacy group, said on Thursday in an annual report compiling such fatalities.

Joel Simon, the director of CPJ, told Observer by telephone from New York that the spike in killings in Mexico was continuation of a problem where a government with no backbone failed to hold cartel-associated assailants accountable.

“It sort of depends on how you define ‘lack of will’…this is a historic problem that transcends various Mexican administrations,” Simon told Observer. “Each time we have a meeting with government officials there, they say they’re going to take steps to improve their investigations. And they have the structure to do it, so there are no excuses. There are powerful forces at the regional level who are implicated in these killings. It’s about whether the government wants to probe these investigations and the answer is almost always, ‘No.’”

CPJ reported on the murder of Cecilio Pineda Birto, who was gunned down by his killers from a motorcycle while waiting for his car to be washed. He was shot at least 10 times. Gunmen ambushed Javier Valdez Cárdenas after he left work, blocking his car while they shot him at least 12 times. And Miroslava Breach Velducea was leaving her home with her children when her murderers shot her eight times. She died while being transported to a hospital.

And the number on assassinations of Mexican journalists come with a difficult caveat, Simon said.

“There have been some high-profile killings, in addition to the higher number from Mexico,” Simon said. “The killing is year after year. What skews our data a bit on this with reference to Mexico are confirmed and unconfirmed deaths…Mexico has the highest rate in the world for unconfirmed killings. Our numbers in Mexico on confirmed killings are 43 of the 95 total killed since we began keeping records. We just don’t know what happened to those 43—whether it was in direct reprisal for their work…there’s a lack of investigation.”

The total was a record for Mexico and it made that country the deadliest for journalists this year outside of a conflict zone, Simon said, with only Iraq and Syria—nations wracked by conflict for years—ahead of Mexico.

CPJ is also investigating the killings of at least three other journalists in Mexico this year, believing their deaths to have been related to the stories they covered. Should these be confirmed, the total for Mexico would rise to nine, making it the deadliest nation this year.

At least 42 journalists around the world were killed from Jan. 1 to Dec. 15 while fulfilling their duties, CPJ said in its report. In 2016, there were 48 documented killings of journalists. It marked the second straight year for a decline from the record set over the last decade when killings peaked at 74.

Iraq unseated Syria as the deadliest country in the world for 2017. Syria had held the infamous title for the previous six years. Overall, since CPJ began keeping such records, Iraq has proven the most dangerous country to work in as a journalist, Simon emphasized.

“Iraq is the most deadly—it [has been] the most deadly country for the last 15 years, with 186 killed in Iraq since 1992, nine of those this year,” he said, noting the concentration of the deaths in that country have come since the fall of Saddam Hussein in 2003. 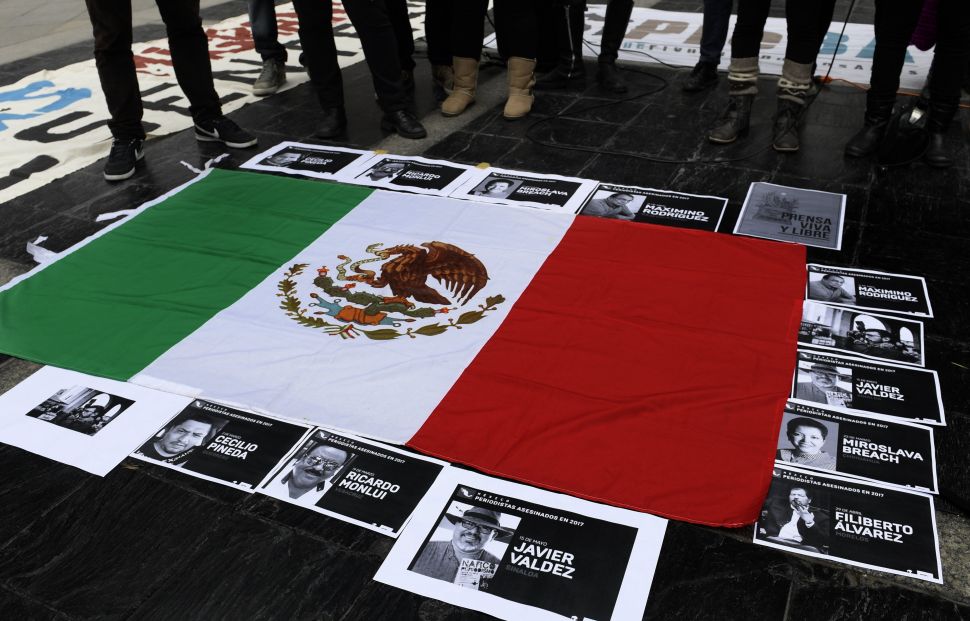