A group of rogue Democrats is calling on the state to use $431 million from the city’s yearly sales tax revenue to fund the city’s half of the $836 million short-term plan to fix the subway system.

The short-term renewal project, part of the subway turnaround plan MTA Chairman Joe Lhota unveiled in July, centers on signal and track maintenance, car reliability, system safety and cleanliness and customer communications. Lhota suggested the city and the state split the cost. The state has agreed to its half but the city maintains there is already money available in the state budget.

The second part entails expanding speed cameras to every school in the city, including charter and parochial schools, which would bring the total program near 1,000 to 1,400 school zones.

Klein contended the speed camera expansion would bring the amount of revenue generated to anywhere from $425 million to $500 million. That money would in turn be used to fund reduced fares for low-income New Yorkers, prevent a fare hike for and cut the express bus fare — which is currently $6.50 — in half.

“I think this is a combination of making sure we have the infrastructure money to make the immediate repairs on our subway system and the next step is making mass transit affordable for all New Yorkers,” he said.

When asked whether the mayor or the governor bears more responsibility over the subway system, he noted the city is “enjoying a very nice surplus” while the state is looking at a more than $4 billion deficit this year. The MTA is a state-run agency and thus under Cuomo’s authority.

“The mayor has representatives on the MTA board as well and again, the subway system is by and large right smack in the middle of New York City and it’s something that we all have to pitch in and help — both the city and state partnership,” Klein continued.

Since 2011, the Independent Democratic Conference, led by Bronx State Senator Jeff Klein, has been in a power-sharing agreement with Senate Republicans. The Senate GOP has fewer seats but controls the chamber due to its alliance with the IDC. Brooklyn state Sen. Simcha Felder, a conservative Democrat who is not part of the IDC, has caucused with the GOP since he was elected in 2012.

Four top state Democratic officials proposed a unity deal in which Klein and Senate Democratic Leader Andrea Stewart-Cousins would reunify as co-leaders upon winning anticipated special elections. Felder has indicated he will continue to caucus with the Republicans, guaranteeing a GOP majority during budget talks.

De Blasio has proposed a millionaires tax on the wealthiest New Yorkers to fund subway repairs and reduced fares for low-income New Yorkers. Cuomo is in the process of developing a congestion pricing proposal.

Rich Azzopardi, senior deputy communications director for Cuomo, told Observer the governor is waiting on recommendations from the “Fix NYC” advisory panel he unveiled in October to advise the state on proposals to come up with a dedicated funding stream to mass transit and reduce traffic on the city’s streets.

“We haven’t seen it yet and are awaiting the recommendations of the Fix NYC commission,” Azzopardi said in a statement.

“Rather than divert money from our schools and police, the state should return our subways the $450 million it’s diverted from the MTA,” Phillips shot back in a statement. “Then we should pass a millionaires tax to sustain the system.”

Klein said Cuomo, Senate Majority Leader John Flanagan, a Republican, and others have shot down the millionaires tax and noted the tax would not go into effect until 2019.

“It’ll be a quick infusion of cash we need for the basic infrastructure improvements…even if we did a tax, it won’t take effect until 2019,” he argued. “We need this money now.”

And he insisted he is not against a congestion pricing plan but that it is merely a long-term solution.

“I’m not saying that we can’t look at some form of congestion pricing that may come out of the governor’s commission but again, we need this money now,” he said. 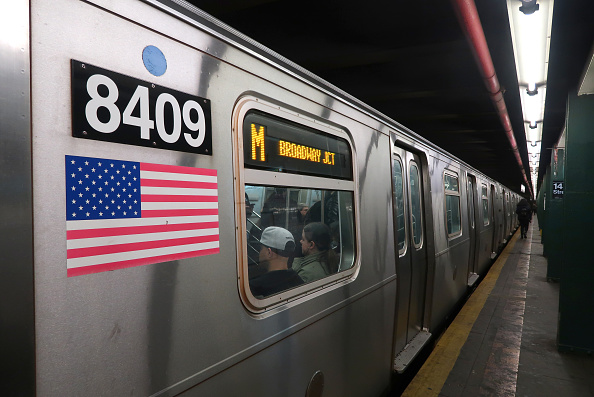