Jessica Chastain has long been a champion of social equality, whether it’s fighting against the gender wage gap in Hollywood, calling out sexual harassers or lobbying for Robin Wright to be promoted to lead on Netflix’s House of Cards. Now, she’s turned her sights on…herself.

Despite promoting “a shift in focus” within Hollywood, the cover does little to suggest a change in the industry’s status quo, where white women have long been center pieces. Though the story featured Annette Bening, Margot Robbie, Diane Kruger, Saoirse Ronan and Kate Winslet, it was Chastain who drew the ire of some fans on social media for acting as a voice of change yet still partaking in this shoot.

Honestly @jes_chastain as an outspoken voice for equality how do you pose for a photo like this and not feel absolutely mortified by the blatant exclusion? How is it possible to not understand the msg this photo sends? pic.twitter.com/nb8caRfVL6

Chastain responded to the criticism by saying it’s a “sad look,” but that still was not enough to quell the frustration of some fans.

Its TERRIBLE that I can't think of at least 5 female lead films with woc this year.

speak up at the photoshoot sis 😒 https://t.co/8OzUPsjI5z

As a combined powerhouse of women why did you not challenge that the cover be a representation of female actresses! Lead & supporting! Instead of trying to 'think' if there had been any WOC leads this year 🙄why did you not use your voice to change the rhetoric? Shoddy defection!

“The industry needs to become more inclusive in its storytelling,” Chastain tweeted. In that regard, at least more and more women are getting the opportunity to tell their own stories. Greta Gerwig wrote and directed potential Oscars contender Lady Bird this year while Patty Jenkins’ Wonder Woman was a commercial and critical success. Kelly Fremon Craig helmed last year’s delight The Edge of Seventeen while Ava DuVernay is the first black female to direct a $100 million movie with March’s A Wrinkle in Time. Still, the lack of leading roles for women of color remains a continuing issue. In fact, diversity as a whole remains a problem for Hollywood overall.

This year’s Get Out and Mudbound put forth colorful casts and behind the scenes talent, but it’s not enough to make up the difference. A study conducted by Dr. Stacy L. Smith and the Media Diversity and Social Change Initiative found that 2015’s movie slate saw 73.7 percent of all characters as white, 12.2 percent Black, 3.9 percent Latino, and only one percent were Asian, Middle Eastern, or Indigenous. A USC study from earlier this year concluded that 70 percent of film dialogue is spoken by men.

None of this is Chastain’s fault, though the magazine cover may have been a bit tone deaf. But if you care about diversity in entertainment, don’t be afraid to tweet at studio executives and movie producers and directors. Let the powers that be know what you want and they just might follow suit eventually. 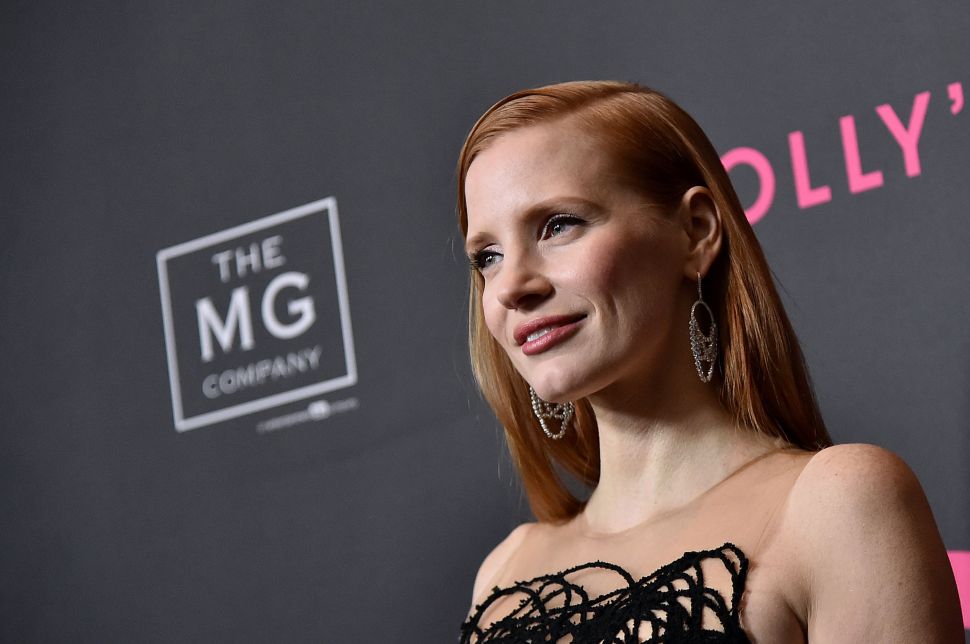