Jessica Chastain is one of the most outspoken actresses in Hollywood as she is unafraid to publicly comment on controversial topics and take hard line stances on important issues. What she is not is a prepackaged product put together by the public relations firms that work for the major studios. That’s quite the admirable path to take in today’s 24/7 Twitter-verse where you’re constantly on guard against the leering public. But even Chastain would admit that the choice to be a voice of truth in the entertainment industry did not come easily for her.

In a recent interview with the New York Times, Chastain admitted to being shocked that she received a Golden Globes nomination for Aaron Sorkin’s Molly’s Game. She thought her career may actually be in peril after speaking out against the deluge of sexual misconduct allegations being flung around Hollywood.

“To be honest, I’m mainly surprised about my nomination,” she told the outlet. “As an actor, I have a lot of fear, thinking that if I speak my mind, or something that feels like it deviates from the norm as a woman, am I going to be made to disappear in my industry?

“When the article came out about Weinstein, I immediately started tweeting. I’ve got a good group of girlfriends on WhatsApp, and I said, ‘I’m really terrified I’m destroying my career right now. I wonder if people will still see me as an actress, and want to work with knowing I have these opinions,’” she continued. “In the way that only good girlfriends can do, they helped me eliminate fear and understand that the only way to change something that’s wrong is to change it, not ignore it. And rather than saying it’s an industrywide issue, it’s more than that. It’s a society-wide issue. We can’t ignore farmworkers or women who have been invisible.”

Chastain has never been shy on Twitter about calling others out (or going to bat for Robin Wright to be named the lead on the final season of House of Cards, an idea Netflix eventually greenlit). Shortly after the first two exposes took down Harvey Weinstein, she tweeted: “I was warned from the beginning. The stories were everywhere. To deny that is to creat an environment [sic] for it to happen again.” The two-time Academy Award-nominee also spoke out against Kevin Spacey and Brett Ratner amid their own personal alleged scandals.

“I was tweeting a lot at the time and actually got an email from a well-known actor that said, ‘Calm down,’” Chastain said during an appearance on “The Graham Norton Show.” “I found that heartbreaking and can only think he didn’t understand the movement that was happening.”

Following her performance in Molly’s Game and the Golden Globe nomination, Chastain is a dark horse contender for a Best Actress nomination at the Oscars (and a potential star of the planned It sequel). If anything, her vocal presence on Hollywood’s sexual harassment issues, as well as the gender wage gap and other divisive topics, have made her even more popular with fans. But if you needed any other convincing of Chastain’s awesomeness, there’s always this scene from Zero Dark Thirty. 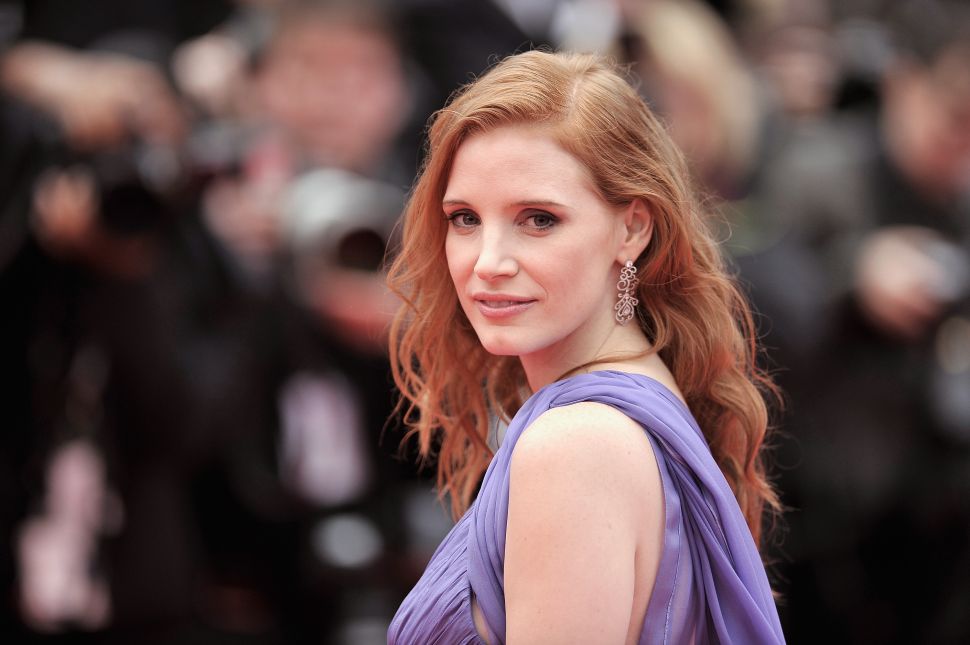