Brooklyn Councilman Jumaane Williams says he wants answers from Mayor Bill de Blasio and Democratic county leaders about why they chose Manhattan Councilman Corey Johnson, a white man, to become the next City Council speaker instead of one of the five candidates of color he argues were qualified.

On Thursday, Mayor Bill de Blasio, who was in Iowa as the deal was being made, announced his support for Johnson, saying that he ran a “good campaign” and had a “strong progressive vision” for the city.

Johnson’s presumptive victory marks the first time that the city will not be led by a person of color since Christine Quinn led the body from 2006 to 2013. In addition to Williams, the other candidates of color were Bronx Councilman Ritchie Torres, Brooklyn Councilman Robert Cornegy, Queens Councilman Donovan Richards and Upper Manhattan Councilman Ydanis Rodriguez.

Williams said that as of right now, he is remaining in the race.

“The message that we are sending is that none of them were qualified and the people who made those decisions don’t reflect the diversity that we need to see ourselves…so I was astonished by the responses that I saw and how the selection process played out, not even acknowledging the historic nature of what was being said,” he said in a conference call with a group of reporters on Friday afternoon. “So I think those questions, people have to be forced to answer. Why did you believe out of that diverse background field of candidates that none of them were qualified.”

The councilman said he believes he is the best candidate but that he is pushing for a black speaker.

The selection of Johnson, he maintained, is feeding into a historical narrative that there are no qualified black or Latino candidates. He said he wants to know why the stakeholders determined that none of the candidates of color were qualified despite the fact that all eight candidates had similar qualifications.

And he seemed to take a jab at Rep. Joseph Crowley (D-Bronx/Queens), the House Democratic Caucus chairman who is rumored to be eyeing House Minority Leader Nancy Pelosi’s seat, and de Blasio, who has denied that he is running for president in 2020 but has been positioning himself as a national party leader.

“I’m frustrated with the process that was put forth,” Williams added. “There were clear influences, not just one but multiple. Several of them do have national aspirations and I’m concerned if we’re going to be leading the discussion, [then] why we are furthering this historical narrative that there are no qualified Latino and black candidates?”

The 51 members will vote for a new speaker on Jan. 3. Candidates need at least 26 votes to win. The Bronx and Queens Democratic organizations usually join forces. In 2013, Frank Seddio, chairman of the Brooklyn Democratic Party, defied them and joined de Blasio and progressive members to back Melissa Mark-Viverito.

When speaking to reporters about the outcome on Thursday afternoon, the mayor said the work of increasing diversity “is going to be ongoing work” but that he’s proud of what he has achieved during the first term. He also gave Public Advocate Letitia James, Brooklyn Borough President Eric Adams and Bronx Borough President Ruben Diaz, Jr as examples of people of color in major positions.

Williams noted black voters played a significant role in de Blasio’s 2013 landslide victory. He said he “would love an answer” from the mayor and “all of the people who were involved.”

“He’s made a few flippant responses that are very much of concern to me, particularly how he came into office both times, the tactics that were used and the people that were used,” he said. “I think they deserve answers, particularly to some of the questions [I’ve] posed.”

On Thursday, Williams tweeted a vague message that did not indicate whether he was acknowledging Johnson’s presumptive victory or conceding. Cornegy, for his part, has maintained that the race is not over. The other candidates have all conceded and congratulated Johnson.

When asked whether he discussed his concerns with Cornegy, he said he has been in touch with him, Cornegy and other Council members.

Earlier this month, the Council’s Black, Latino and Asian Caucus called for the next speaker to be a person of color. Williams said the caucus “was very clear” that the next speaker should be a member of their caucus and noted that there were multiple people of color that could have been chosen.

“The selection process that was put forth didn’t seem to allow for a black candidate to come forward,” Williams said.

A spokeswoman for Crowley declined to comment. Spokespeople for Cornegy, Johnson and the mayor did not immediately respond to requests for comment on Friday. 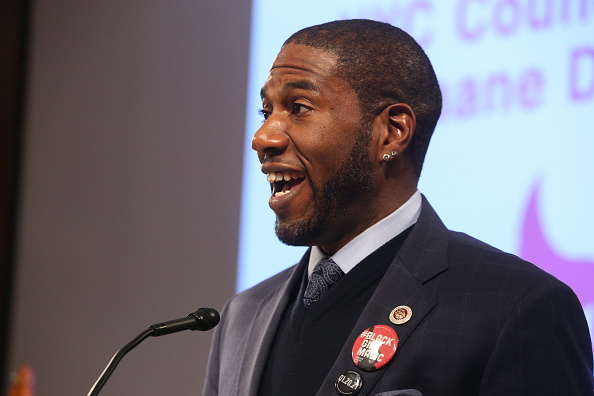