Warner Bros. has rightly been criticized for its shaky handling of DC Films and the big screen DC Extended Universe, which may or may not be heading to an overhaul of sorts after Justice League fell short of expectations. While the blockbusters continue to struggle, the studio’s small screen comic book properties are alive and well. The CW’s Arrow-verse—which consists of Arrow, The Flash, Legends of Tomorrow and Supergirl—and Fox’s Gotham have all been around for multiple seasons now thanks to rock solid TV ratings. While the shows aren’t exactly our cup of tea, there’s no denying that they are quite popular.

The Arrow-verse in particular has a strong fan base and has always enjoyed dropping nods to DC’s iconic characters. Season six even featured a Bruce Wayne name drop. But despite all the little Easter eggs and references, fans shouldn’t expect anything more substantial, according to executive producer Marc Guggenheim.

“No, I love a good Easter egg, and I love doing the occasional name drop,” he told Comicbook.com. “You know, we name dropped Hal Jordan at the beginning of Season 3, but it’s really just fun for us. I think in the Arrow-verse we have our own Justice League and the Green Lantern, Wonder Woman, Batman … these are all characters that are either spoken for on the movie side and/or other shows. There’s a Bruce Wayne on Gotham.”

This isn’t the first time the DCEU has overruled the Arrow-verse; the shared TV universe was forced to drop Deathrstroke as a character after its big screen big brother opted to introduce him. Though the television and film worlds exist in separate continuities—which is why there are two versions of The Flash and Superman at the moment—there are several characters who remain off limits. The television properties are not at a loss for superhero characters, as witnessed in the recent Crisis on Earth-X crossover event, but these frequent references whet the appetites of fans for something that is never coming.

Still, Warner Bros. won’t stop the Arrow-verse from having its fun.

“Over here on the CW, we’re sort of a mischievous lot, and we enjoy the occasional Easter egg,” Guggenheim said. “And our partners at DC are very tolerant of our mischief. But that’s really all it is. Just good nature, good fanboy mischief.”

But given the popularity of these shows and the divisive reactions to the big screen blockbusters, maybe Warner Bros. should just throw caution to the wind. 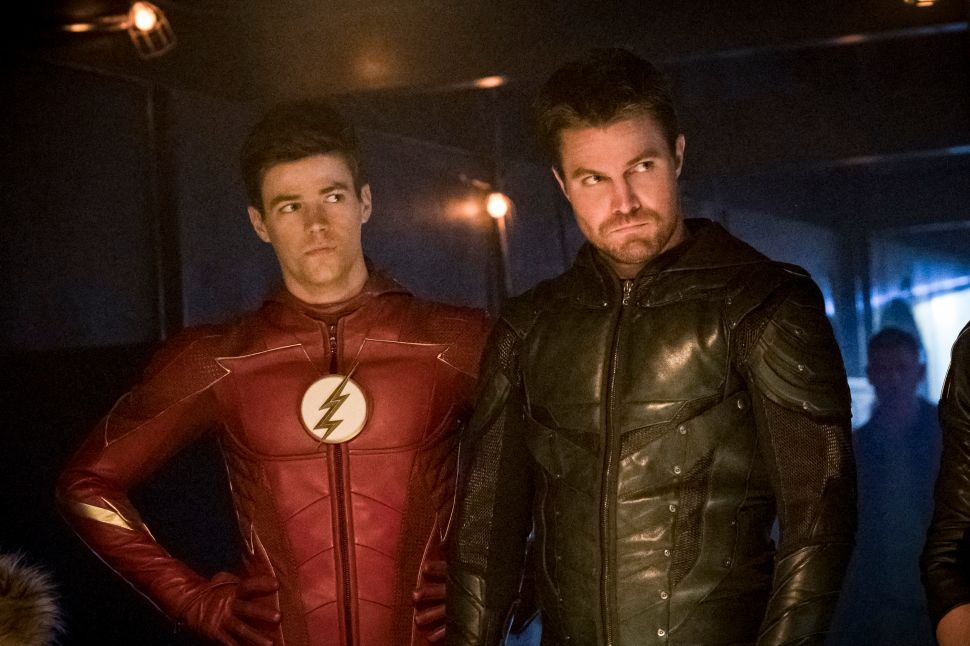