When Selena Gomez and Justin Beiber reunited earlier this year, people were firmly divided into two camps. For some Jelena shippers, their unexpected union made fans believe the love was real. After all, if a couple can reunite after years of very public drama, anyone can one date their high school boyfriend again. But others wondered why Selena Gomez, the most-followed person on Instagram and one of the most famous women in the world, would take back a beau who was rumored to have been cheating on her.

Apparently, Gomez’s family is in the latter camp. According to TMZ, her mother, Mandy Teefey, was so upset by their reconciliation that she had a visceral reaction to the news. When Teefey discovered that Bieber and Gomez were going to couple’s counseling, she realized that this is not just a lighthearted holiday fling. The police went to her Los Angeles hotel room for a welfare check at the family’s request and she was voluntarily hospitalized.

While Bieber’s family is ecstatic the childhood sweethearts are back together, Gomez’s mother obviously does not feel the same way, so it’s safe to say they won’t all be gathered around the Christmas tree. Sources told TMZ that Teefey’s hospitalization occurred after a seriously heated conversation with her daughter about their upcoming plans. Perhaps the engagement rumors have more weight than people think?

Blindly I am following, break down these walls and come on in

The “Bad Liar” singer’s family doesn’t exactly want to welcome Bieber back into the fray, and it’s not because they disapprove of his new, enormous chest piece or his recent face tattoos. Instead, it’s because they blame him for Gomez’s repeated rehab stints. Maybe that’s why they’ve been going to church multiple times a day.

Lately, the couple has been spending time in Seattle. They started their vacation at the Sugar Factory in Bellevue, by indulging in an enormous, sugary blue drink sans alcohol, called the “Ocean Blue” that’s usually made with Hypnotiq and topped with gummy sharks. Unfortunately, their date wasn’t as sweet as the 60 oz. drink; Gomez reportedly walked out when Bieber drew too much attention to them with his dance moves. The Sugar Factory is a particularly popular spot for celebrities these days. Lionel Richie’s daughter Sofia Richie, who briefly dated Bieber, has previously dined there with her current boyfriend, Scott Disick.

When you’re back in your hometown this Christmas, don’t lose hope that you could reunite with an ex. It might not be a reunion worthy of a Hallmark Channel movie, but it won’t be as dramatic as the Jelena reconciliation. 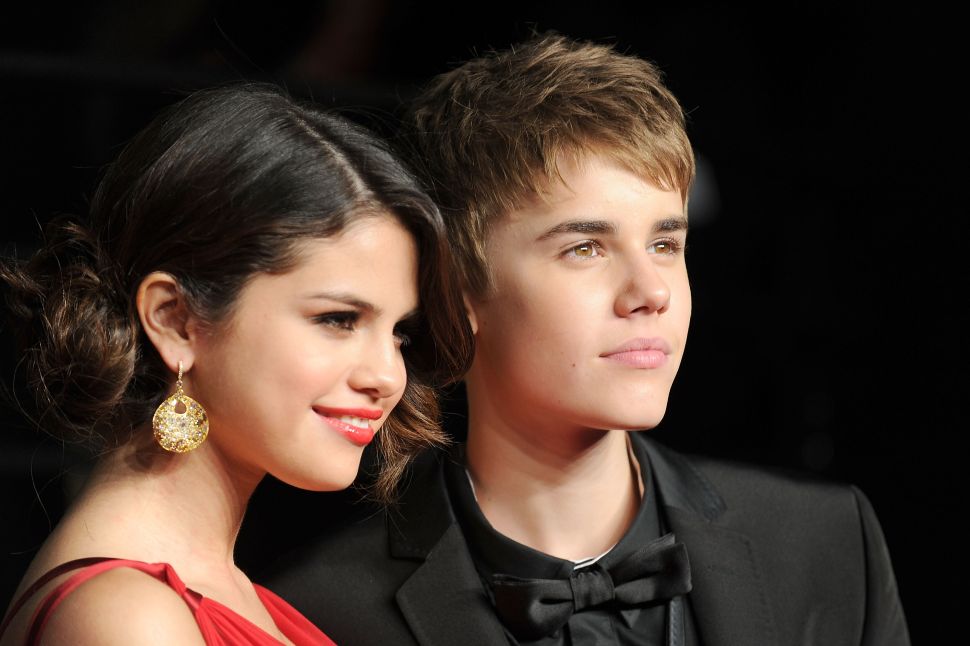