The news-tainment industrial complex churned out a fiery show on Wednesday morning starring White House Counselor Kellyanne Conway and CNN New Day co-host Chris Cuomo. Before hundreds of thousands of Americans consuming the theatrics before plunging into their days laboring as capitalist workhorses, Conway and Cuomo argued whether it was worse to molest teenagers or sexually assault army veterans.

“Let me tell you the hypocrisy we see at every turn,” retaliated Conway, deploying sexual assault allegations against Minnesota Senator Al Franken to stump the talking head. “Al Franken is in the Senate right now. He has admitted this. In front of a glowing audience.”

“He admitted what?” Cuomo interjected to defend a sitting senator accused of sexual assault by 11 women. “That he took a stupid photo? … That’s what he admits. He doesn’t admit that he sexually assaulted somebody.”

“Hey, Chris, did you think it was groping?” Conway asked while mimicking the photo in which Franken pretended to grope an unconscious army officer, in order to support her defense of a man accused of molesting teenagers.

“I thought it was a stupid photo. I thought it was in poor taste and he needed to own it and he did,” Cuomo said in further defense of the sitting senator who was photographed pretending to grab an unconscious woman’s breasts.

After the pundit raised questions about the Trump administration’s morality, Conway responded, “The only endorsement in this race that matters is Donald Trump’s.”

This insane “debate” lasted 22-minutes as our entertainers rambled about foreign policy, bananas, and border security while applauding their 20-year working relationship. Sexual assault has been appropriated as partisan ammunition and theatrics to further divide the American people. When “Whataboutism” becomes the talking point driving conversation, all Americans lose. With each rock bottom worse than the last, somehow, we continue sinking lower and lower. 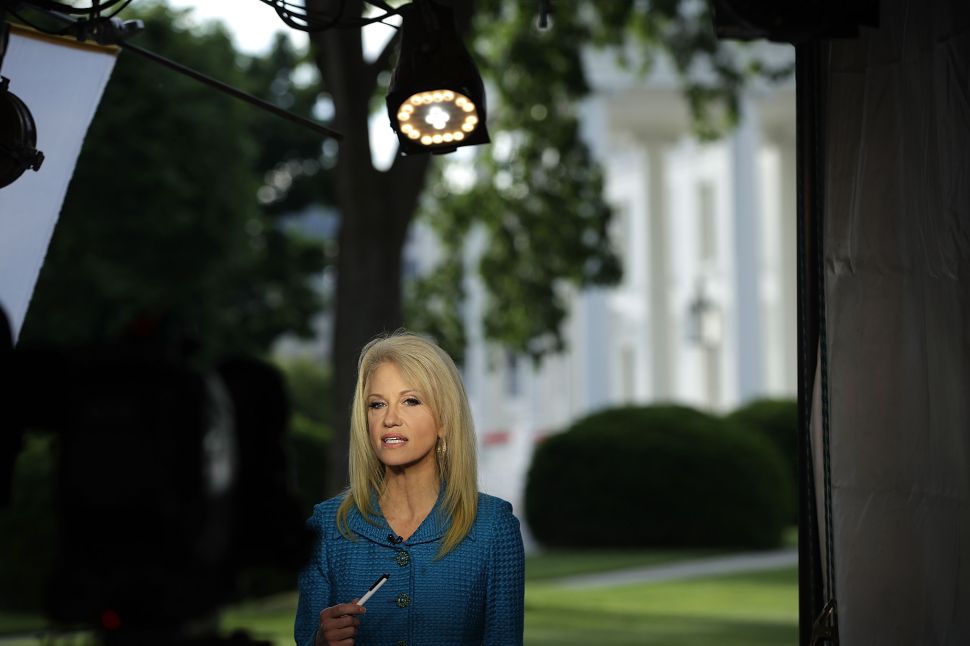