It’s been three years since Kim Kardashian and Kanye West paid over $20 million for their dream home in Hidden Hills, and it’s now being reported that the couple is finally moving in.

The Wests, who are expecting their third child via surrogate early next year, have been in the midst of a major renovation to the 3.5-acre compound. The extensive remodel is not completed just yet, according to People, but Kardashian and West have moved in, as it’s “safe for the kids.”

It’s hardly a surprise that the Calabasas renovation is taking a while, especially considering how much time and effort the pair spent on the Bel Air home they recently flipped—they redid every single inch of the 9,000-square-foot house, transforming it into a contemporary, minimalist residence. After deciding it wasn’t the right fit for raising their growing family, Kardashian and West proceeded to sell the mansion to Marina Acton for $17.8 million last month.

Kardashian and West will be “spending the holidays in LA so they can be close to the surrogate,” per People, so they’re working on making the place ready for the whole family. And if there are any issues and they need to a place to stay at any time, they don’t need to go far.

Kris Jenner bought a 9,400-square-foot home right by Kardashian and West; she paid $9.93 million for the six-bedroom, eight-bathroom estate, which is located less than half a mile from her other Calabasas abode.

It wouldn’t be the first time Kardashian and West crashed with Jenner, the matriarch of the Kardashian empire. In 2013, the couple stayed with Jenner in the months leading up to and after their daughter North was born, while they remodeled the aforementioned Bel Air mansion—it actually ended up being a two-year stay, most of which was well-documented on Keeping Up With the Kardashians.

They opted to stay with her again for a few months in 2015 and even though Jenner said it seemed they would never leave, it appears they didn’t wear out their welcome in the slightest. When Steve Harvey asked Jenner if she’d rather live with Kim and Kanye again or lose her assistant for a week, she said: “live with Kim and Kanye again…In a heartbeat. I actually miss them!” 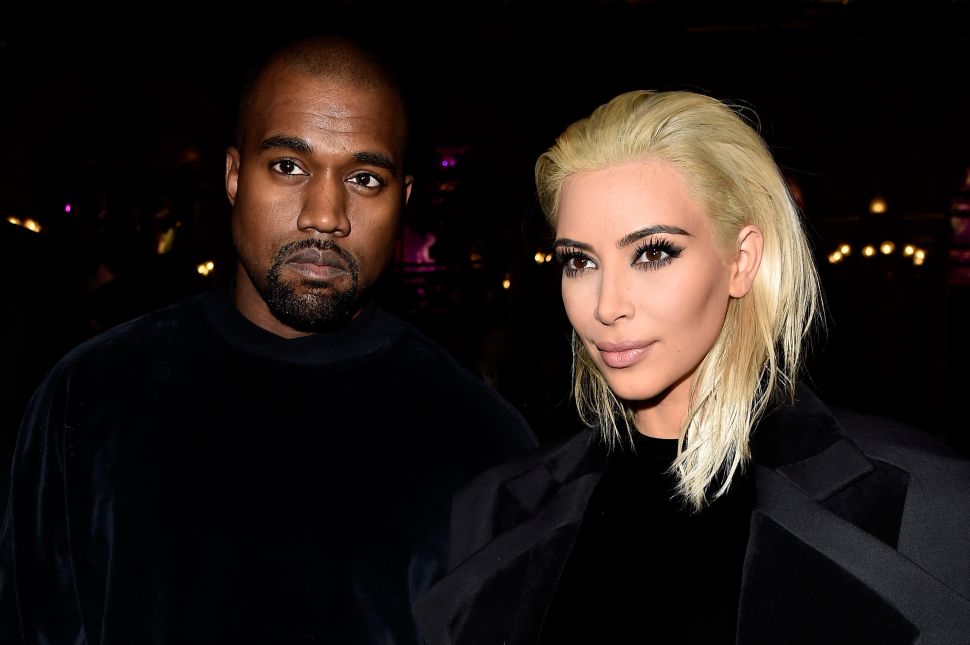