New Jerseyans could see their electric bills rise by up to $41 a year to subsidize nuclear power under a bill sailing through New Jersey’s lame duck Legislature.

The Senate Environment and Energy and Assembly Telecommunications and Utilities committees advanced the controversial bill Wednesday by unanimous votes during a marathon hearing where dozens of people testified. The bill could pass the Senate and Assembly and be signed by Gov. Chris Christie in the waning days of the lame duck Legislature. The legislative session ends Jan. 9.

The bill (S3560), introduced Friday, would effectively impose a surcharge on ratepayers to prop up two Salem County nuclear power plants owned by PSEG, the state’s largest energy company. PSEG has threatened to shut down the plants if it doesn’t get financial assistance, claiming the plants won’t be profitable within two years because cheap natural gas is driving down energy prices.

But environmental and consumer groups have opposed the proposed subsidies, arguing PSEG has failed to prove its finances will soon be in dire shape. On Wednesday, critics questioned why lawmakers were rushing to pass the bill while the plants were still years away from losing money.

“Is this threat real? Is this something that really does need to be addressed?” said Stefanie Brand, director of the state Division of Rate Counsel. “We need to take the time to figure out — if they are going to close — is this the right amount to be paying them? Where do these numbers come from?”

The legislation would require electric utilities to pay for credits from qualifying nuclear plants, with the utilities covering the cost by imposing a surcharge on customers of $0.004 per kilowatt hour. Nuclear plants would have to provide financial data to the state Board of Public Utilities to participate in the program, according to the bill.

Brand estimates ratepayers could pay up to $41 more per year, or roughly $3.40 per month, if the bill becomes law. She pegged the overall cost of the legislation at roughly $320 million per year. PSEG pegs the ratepayer cost lower at $31 more per year.

The bill is sponsored by Senate President Steve Sweeney (D-Gloucester), whose district includes the PSEG plants in Salem and Hope Creek. He said the nuclear subsidy is “not a handout” and said New Jersey subsidizes solar energy to the tune of $450 million per year.

“Three percent of our energy is being subsidized by $450 million, and the BPU supports that. That’s good policy for ratepayers?” Sweeney said to Brand.

Nuclear power plants produce roughly 40 percent of the state’s electricity needs, according lawmakers. Proponents of the subsidy say closing the nuclear plants could cost roughly 1,600 jobs and harm the environment, since the state would have to rely more on other energy sources like natural gas. Environmental groups such as the New Jersey Sierra Club, however, oppose the bill.

“If people are not enthusiastic about pipelines though the Pinelands or their neighborhoods, think about what will happen if natural gas takes the place of the 30 or 40 percent of the electric generation,” said former Gov. Jim Florio.

Qualifying nuclear plants would receive the annual subsides for a period of four years before the BPU decides whether to renew the subsidies for another three-year period, according to the bill. Brand urged lawmakers to add an “off ramp” to the bill to get ratepayers off the hook sooner if a nuclear plant’s finances improve.

Christie didn’t say whether he’d sign the bill on Wednesday, but he signaled he was open to subsidizing nuclear power plants during an unrelated news conference in Trenton.

“As long as the bill provides for the opportunity for the BPU to be able to examine in a completely transparent way the profitability or the lack of profitability of these nuclear plants and to judge whether to give subsidies or not based upon whether or not their assertions regarding lack of profitability are true, then I think saving those jobs in Salem County makes sense for the economy there, but more important than that is continuing to keep a diverse energy base in our state.”

Financial information submitted by nuclear plants to the BPU would be confidential and not subject to public disclosure, according to the bill. 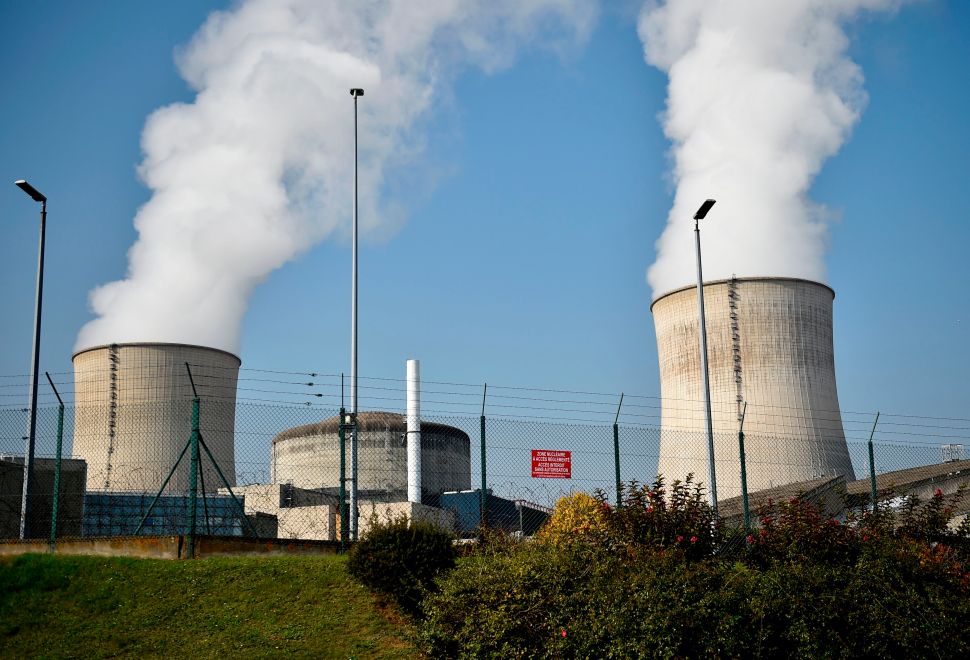