As Capitol Hill braces for an investigative report rumored to contain a tsunami of sexual harassment allegations against at least twenty sitting lawmakers, politicians warn of disinformation campaigns. Politico reported speculation towards the article on Sunday night, citing lawmakers’ concerns over unverified claims that could have damaging repercussions for those accused of sexual misconduct.

“You want to have a welcome environment to report abuse — you don’t want to deter victims,” Sen. Lindsey Graham (R-S.C.) told the outlet. “But you’ve got to have enough due process and scrutiny to make sure it’s accurate.”

This month, five members of Congress resigned following allegations of sexual misconduct. But just last week, Senate Minority Leader Chuck Schumer was targeted by a forged harassment complaint against him. Coupled with a false allegation made against Connecticut Senator Richard Blumenthal over Twitter, and Project Veritas‘ ill-fated sting to discredit the accusers of former Alabama Senate candidate Roy Moore, lawmakers worry sexual assault can be weaponized for political purposes.

“Sadly, it looks like this may be something we have to look at,” Sen. Chris Van Hollen (D-Md.), told Politico while discussing the need to prepare Democratic candidates against such attacks. “We obviously need to hold people accountable where there are legitimate claims.”

As new methods are developed to counter allegations, whether by exposing them as fraudulent or attacking credible accusers, political operatives subvert #MeToo stories into disinformation tactics. With so many accusations coming out daily, it is difficult to shift through the volume of claims and vet their legitimacy. A bombshell exposé leveraging accusations against dozens of politicians could further upend Congress. It could also spark a backlash against the #MeToo movement and allow men to take back control of the narrative. 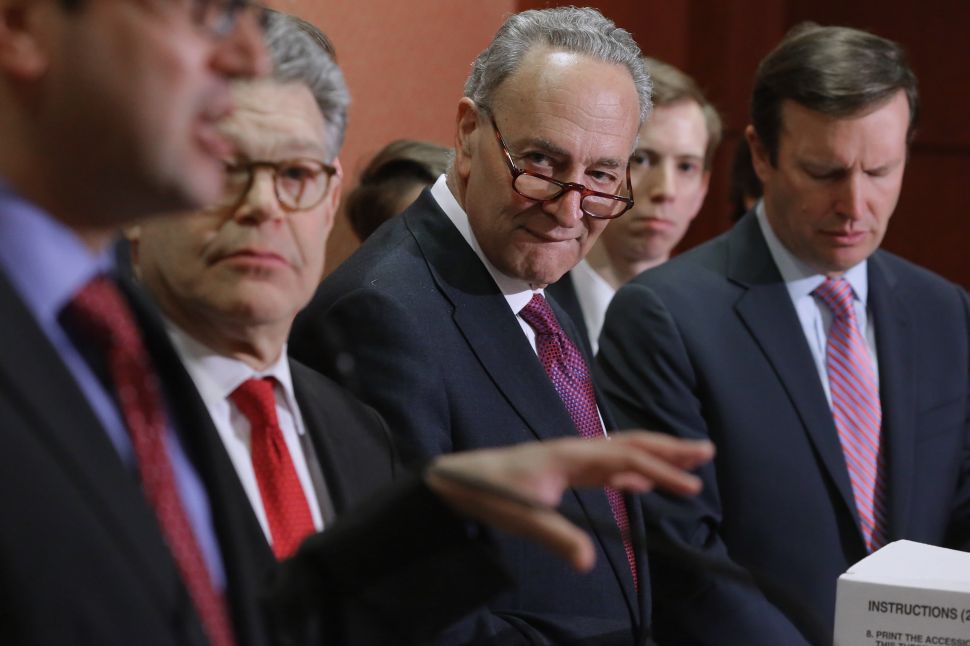