Miami, it’s time to work up an appetite because New York City’s celebrated Root & Bone is no longer a plane ride away. Yes, the southern restaurant has landed in South Florida.

Inside the Shelborne South Beach hotel, Top Chef alums Jeff McInnis and Janine Booth are busy churning out buckets of sweet tea-brined fried chicken with a host of sweet and savory fixings. That does include their delicious warm biscuits and crunchy mac and cheese.

“Everything has come together really beautifully,” said Booth. “It’s been really nice to step back and look at what we’ve made.”

Located on the ground floor of the hotel, the restaurant embraces modern country fare in a charming and casual space. Just like the couple’s NYC flagship in Alphabet City, their location in Miami is all about fried bird. Either half or whole, every serving offers pieces of crispy free-range chicken lightly dusted with lemon and sprinkled with tobacco honey.

With chicken this good, you know you’ve got to go all in. Add a buckwheat cheddar waffle on the side, along with an order of biscuits. Don’t forget about Grandma Daisy’s version, which is served with honey roasted chicken jus, seeds and sea salt; or go with traditional, which is meant to be smeared with a tabasco pepper jelly.

Who's joining us for bourbon, beats, and bites brought to you by @chefmcinnis & @chefjaninebooth's Root & Bone NYC pop up?! Party kicks off at 5PM with live music by @wynwoodstringquartet & cocktails by @makersmark 🥃

New on the Miami menu is the rainbow beet and gorgonzola salad and the crispy heirloom carrots drizzled with an herbed honey yogurt and toasted sesame seeds. If you still have room, toss in a side of the biscuit-crusted macaroni and cheese, or stone ground grits with pimento cheese.

McInnis founded Root & Bone in 2013 with Booth, his partner both in and out of the kitchen. After relocating to the East Village for a few years, the duo returned to Magic City where they opened American dim-sum concept Sarsaparilla Club in 2016; that inventive eatery shuttered early last month.

The couple is also behind the recently-opened Stiltsville Fish Bar, a nautical seafood restaurant in Miami Beach’s Sunset Harbour. Today, the couple bounces between New York, Miami, and Puerto Rico, where they also run a third Root & Bone. That island restaurant was damaged in Hurricane Maria, but was able to re-open just a few weeks ago.

“We’re really proud of how Root & Bone has turned out so far. Jeff and I think it will be really successful here,” Booth said about the Miami location.

In the last year, South Beach has become a hotbed for southern restaurants. Root & Bone joints long-time spot, Yardbird Southern Table & Bar, which was also co-created and run by McInnis. There’s also Chef Richard Hales’ Bird & Bone, which opened in 2016 and Jackson Soul Food, a South Florida institution for comfort food, recently opened a space on Ocean Drive, bringing a host of southern bites, from fried chicken and fish to mac and cheese, plus collard greens.

Get ready for biscuits, deviled eggs, and lots of fried chicken! @rootnbonenyc pop up opens tonight at #shelbornesobe. The party continues tomorrow with Bourbon & Beats #baseledition.

For now, Root & Bone is slated as a pop-up in the Shelborne. There is, however, a possibility that Root & Bone will occupy a more permanent space at the hotel sometime in late 2018. For now, get this southern grub while you can.

“We’ll definitely be here through March,” said Booth. “Around February, we’ll make a decision about keeping it going and putting some more money into it.” 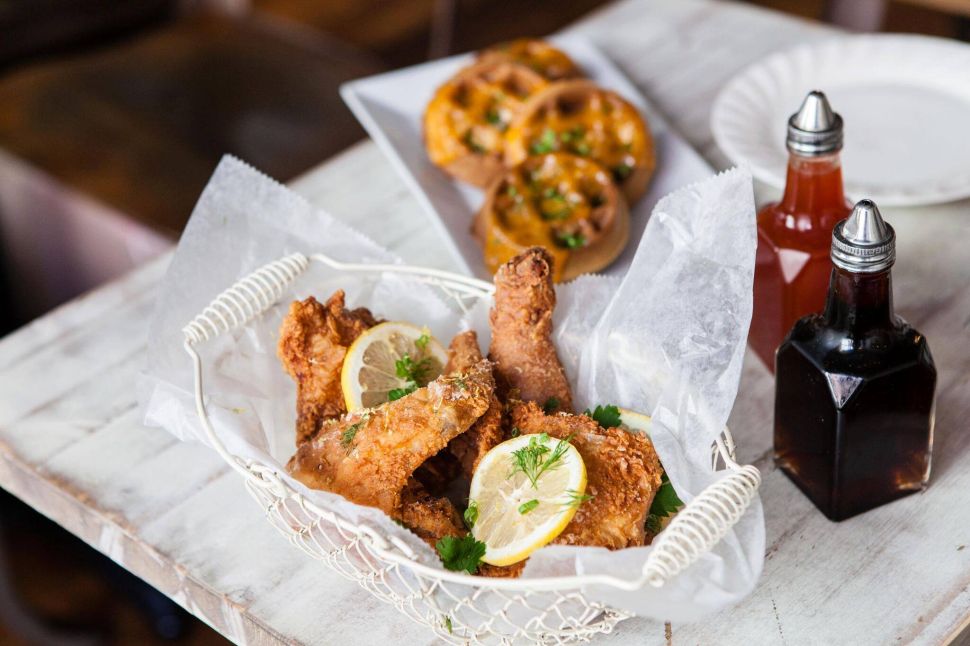