No one knows what Warner Bros. is doing with their DC Extended Universe, especially after the critical and commercial failure of Justice League. Just to give you an example of the confusion over at DC Films, here are a few rumors that seem to muddy up the waters of some of those Suicide Squad characters:

That’s a lot of potential projects using the same characters over and over and now we can add one more to that growing list. In a recent interview with MTV, Robbie—who showed she was much, much more than a pretty face in I, Tonya—revealed that she’s hard at work on yet another Harley Quinn project unrelated to the previously announced ones.

.@MargotRobbie is working on her own female-centric Harley Quinn movie. pic.twitter.com/kEbKVxjwO9

There’s no way Warner Bros. would move forward with four different Harley Quinn-related movies, no matter how popular and well received Robbie’s take on the character was, right?

The actress went on to say that she hopes to begin filming her next Quinn appearance as early as next year, though she did not specify which project that would come in. If she’s been working on this mysterious new movie for two years, that would suggest that it’s further along in production than the others, though a Suicide Squad sequel was thought to be on the fast track.

Clearly, WB thinks the Harley Quinn basket is the one to put their eggs in. While we love Robbie and the character, we’re hoping all four movies don’t reach the screen. There’s only so much mallet bashing we can take. 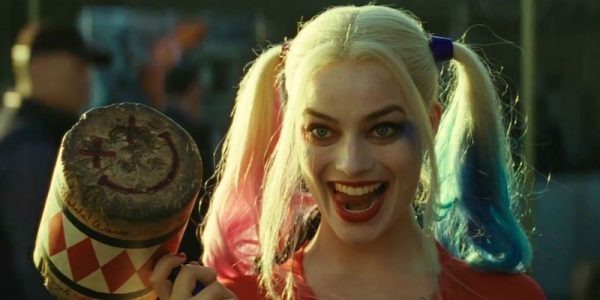