We’re living through a socially conscious purge of entertainment media where those that have abused their power and position are finally being met with retribution. Arguably the catalyst for this sweeping (and long overdue) change throughout the the industry was the downfall of Harvey Weinstein. Separate reports published within days of each other back in October detailed decades of sexual misconduct accusations against him ranging from harassment to rape. The swift end to one of the most powerful figures in all of Hollywood served as a beacon, with other industry titans falling right behind him.

Amid the immediate aftermath of the Weinstein scandal, those in and around Hollywood began asking themselves how this could happen? Who knew about this? On that front, longtime collaborator Matt Damon has addressed the allegations against Weinstein and the state of the Hollywood landscape as a whole in a new interview with ABC News’ Popcorn With Peter Travers.

“I knew I wouldn’t want him married to anyone close to me,” Damon said. “But that was the extent of what we knew. I mean, and that wasn’t a surprise to anybody. So when you hear Harvey this, Harvey that—I mean, look at the guy. Of course he’s a womanizer.”

It’s not Damon’s responsibility to watch over Weinstein like an orbiting parent. But his relationship with the movie mogul—who helped start he and Affleck’s career with Good Will Hunting—begs the question of what we are accountable for when we’re in someone like Weinstein’s orbit.

“A lot of people said, ‘Well, Harvey — everybody knew.’ As you were saying, that’s not true,” Damon told Travers. “Everybody knew what kind of guy he was in the sense that if you took a meeting with him, you knew that he was tough and he was a bully, and that was his reputation. And he enjoyed that reputation, because he was making the best movies out there …[With regard to the rape allegations,] nobody who made movies for him knew … Any human being would have put a stop to that, no matter who he was. They would’ve said absolutely no. You know what I mean?”

Sexual misconduct accusations are rampant these days. Just today, four more women came forward with claims against Russell Simmons, bringing the total to 10. It’s a true period of reckoning and one that Damon fully supports, though he believes each incident should be judged on a case-by-case basis.

“I think we’re in this watershed moment. I think it’s great. I think it’s wonderful that women are feeling empowered to tell their stories, and it’s totally necessary … I do believe that there’s a spectrum of behavior, right? And we’re going to have to figure — you know, there’s a difference between, you know, patting someone on the butt and rape or child molestation, right? Both of those behaviors need to be confronted and eradicated without question, but they shouldn’t be conflated, right? You know, we see somebody like Al Franken, right? — I personally would have preferred if they had an Ethics Committee investigation, you know what I mean? It’s like at what point — you know, we’re so energized to kind of get retribution, I think.

“And we live in this culture of outrage and injury, and, you know, that we’re going to have to correct enough to kind of go, ‘Wait a minute. None of us came here perfect.’ You know what I mean? … The Louis C.K. thing, I don’t know all the details. I don’t do deep dives on this, but I did see his statement, which kind of, which [was] arresting to me. When he came out and said, “I did this. I did these things. These women are all telling the truth.” And I just remember thinking, “Well, that’s the sign of somebody who — well, we can work with that” … Like, when I’m raising my kids, this constant personal responsibility is as important as anything else they learn before they go off in the world.” 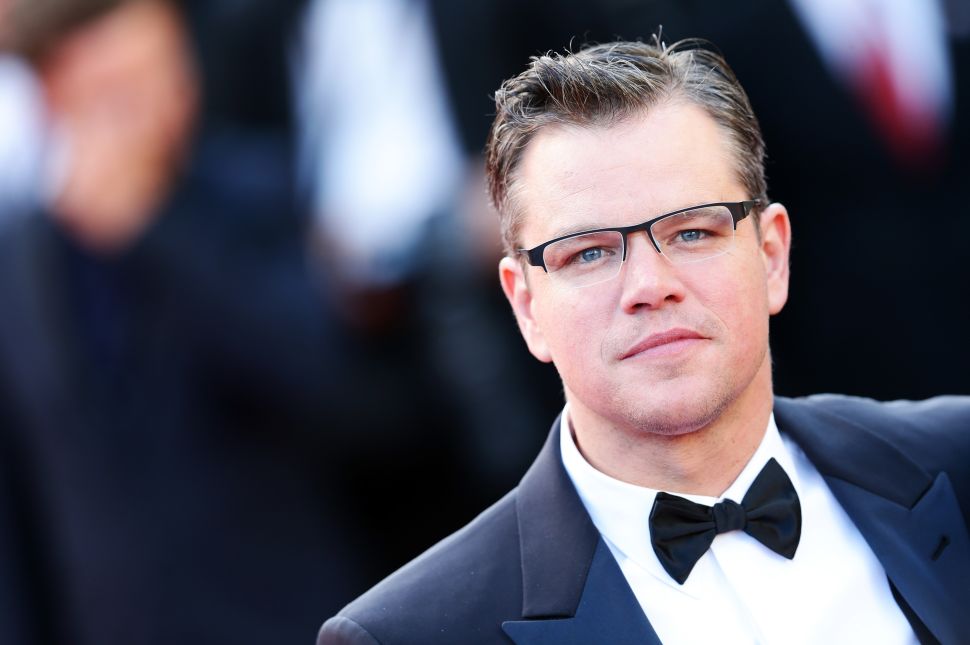