The annual event is a way for the British royals to meet with their extended family at Buckingham Palace. Kate Middleton first attended the lunch in 2010, before she married Prince William, but even after their engagement was announced she did not join the Queen and company on Christmas Day, which Markle will be doing.

This year, the Duke and Duchess of Cambridge were snapped leaving the festivities with their children, alongside their nanny, Maria Borrallo. Prince Charles and Camilla, the Duchess of Cornwall, were also spotted, while Princess Eugenie and Princess Beatrice carpooled to the Palace.

For the holiday brunch, Markle opted for a black lace Self-Portrait dress that’s already sold out, obviously. The actress is a fan of the brand and has previously worn a blue lace frock from the brand (and a similar one is still available). Markle wasn’t the only fresh addition the luncheon; Queen Elizabeth’s cousin, Prince Michael of Kent, brought his son Lord Frederick Windsor. Lady Amelia Windsor, the granddaughter of the Duke of Kent, was also there with her father, George Windsor, the Earl of St Andrew and his wife, Sylvana Tomaselli.

Lady Amelia is a model who is rumored to party like Prince Harry once did, back in the good old days. On Instagram, she shows off her jet-set lifestyle and her love of music festivals, making her an heir to Markle’s lifestyle blog throne (she’s also 36th in line to the actual throne). 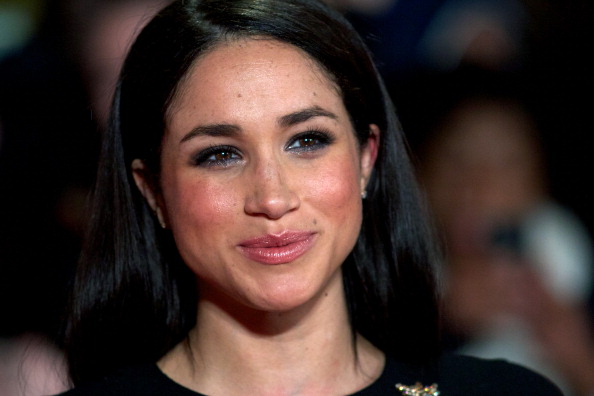