Saturday Night Live has a long and storied history of head writers. From Lorne Michaels himself to Academy Award-nominated writer/director Adam McKay and National Treasure Tina Fey, SNL‘s head writer title is an impressive distinction. Now we can add two more names to that growing list of legends.

The pair started hosting “Weekend Update” back in 2014. Over the years, the segment has become a training ground for some of SNL‘s top writing talent, especially in recent seasons, such as Fey, Amy Poehler, Jimmy Fallon and Seth Meyers. Prior to joining SNL in 2013, Che was a rising comedian who found himself on Variety’s 10 Comics to Watch list and Rolling Stone’s 50 Funniest People ranking. He also appeared on The Daily Show. Jost has served as an SNL writer since 2005 and has earned four WGA Awards and a Peabody Award.

The pair proved so popular with their pointed political takes last year that NBC actually gave “Weekend Update” a limited spinoff run over the summer that was met with critical praise and quality ratings. The two have clearly proven their worth in the eyes of the network.

Last season, SNL‘s 42nd, the series earned its best ratings in a whopping 23 years. Thanks to a renewed political focus and Alec Baldwin’s well-received Donald Trump impression, Saturday Night Live earned 22 Emmys nominations and nine wins. Baldwin won Outstanding Supporting Actor in a Comedy Series while Kate McKinnon, arguably SNL‘s top talent, earned Outstanding Supporting Actress in a Comedy series. She was lauded for her portrayal of Hillary Clinton in particular. The series also picked up the Emmy for Outstanding Variety Sketch Series and Outstanding Directing for a Variety Series.

Though this season’s viewership hasn’t been quite as lofty, SNL is still averaging a solid 2.9 rating in the advertiser-friendly 18 to 49 demo with 9.6 million viewers per episode in Nielsen’s Live+7 ratings. 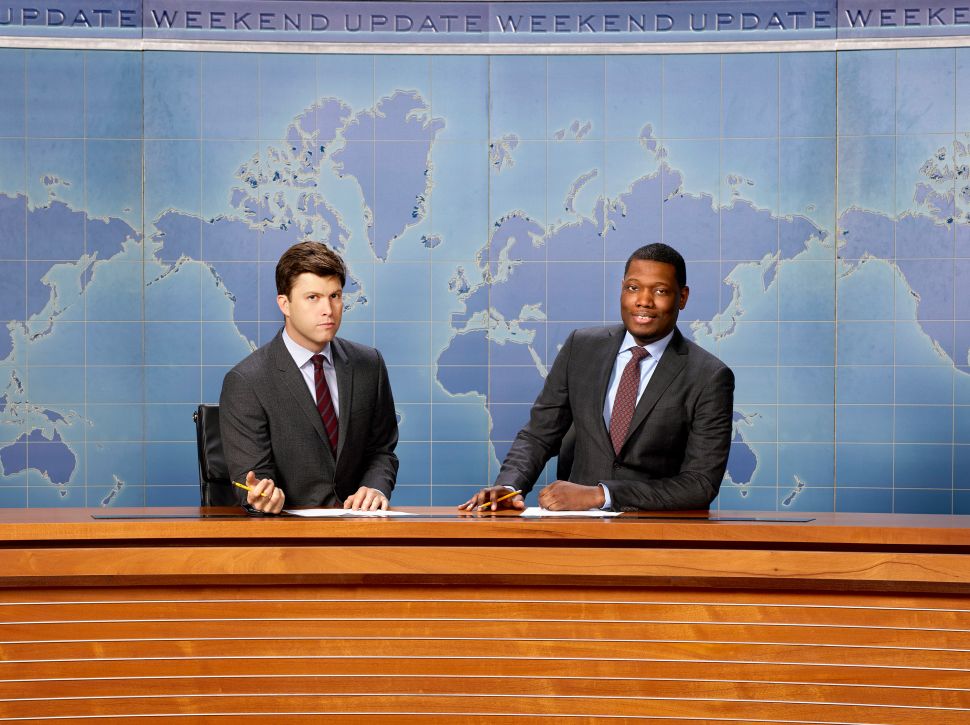