Michael Emerson doesn’t want you to know this, but he stops in the streets to talk to dogs. Yes, that’s right, Emerson—best known for playing the murderous, manipulative and morally ambiguous Benjamin Linus on Lost—takes time out of his busy day of capital A acting to tell random puppies how cute they are. He’s embarrassed to admit that he can’t help himself, but in his defense, dogs are way better than the Dharma Initiative.

Ben Linus is just a fictional character and there always exists a separation between performer and role. But for something as pop culturally penetrating and dominant as Lost was, it can sometimes be difficult to see that difference. So for fans that still see Emerson as the cold and calculating island devotee, this is a very pleasant departure. It also lines up perfectly with the actor’s career at the moment, where he’s greatly enjoying being “joyously goofy.”

Emerson is set for roles on the CW’s Arrow, a gig that left his 11-year-old nephew in awe in ways that his Golden Globes and Emmys turns did not, and Amazon’s Mozart in the Jungle, where he plays an eccentric music collector who dresses, speaks and acts like he’s been ripped straight from the 16th century. The former is a superhero action adventure aimed firmly at young adults while the latter role is a go for broke gonzo delight. It all seems par the current course for the loose and limber Emerson.

“I think I am a character man at heart,” the actor told Observer. “The Mozart in the Jungle role is such a joyful release for me. To play so broadly and silly and flamboyant and so theatrical, it feels like going back on stage.” As for Arrow and comic book material in general, “It’s such a big chunk of our industry now. I’m in favor of actors being prepared to play all types of material. I actually kind of like the idea, with Arrow, of being involved with something aimed at a much younger audience.”

Emerson grew up in Toledo, Iowa, a town with a population of just barely north of 2,000 and a Wikipedia page shorter than this reporter’s latest Fantasy Football email report. To say that Toledo is known for its cultivation of the artistically inclined is to say that Lost was a show that dutifully answered every single one of its fans’ questions. Yet somehow, Emerson has managed to conquer both stage and screen, appearing in everything from Shakespearean drama to broadcast network hits and indie horror films to voicing the iconic Joker character in a two-part animated Batman movie.

But the outside noise—viewer expectations, established franchise history, etc.—has never mattered much to him. He just wants to deliver a quality performance.

“I’ve never fretted that much about being on top of the uber narrative of everything,” Emerson said. “It never mattered much to me on Lost or Person of Interest. It never mattered to me where we were and where we were going. It’s hard enough to have the lines and shoot scenes on hand day of. Generally, I’m just trying to play the role well.”

That stands doubly true for these new out-there characters, who stand as far apart from the more serious-minded archetypes you’ve seen Emerson play in the past. Working on Lost was a “great experience” for Emerson, who was simultaneously a big fan of the series, but the sense of laid back enjoyment with which he describes these new roles leaves you with one very distinct impression: fun.

“It’s really great to get out of the sinister pressure cooker of drama and just do something that is…joyously goofy,” he reflected.

It’s hard not to enjoy yourself in TV these days as the medium is overflowing with quality boundary-pushing projects. Though Emerson may be joining a superhero show, he still tips his cap to those that are trying to tell more mature stories.

“I watch a lot more TV just because I think there is so much more writing for grown ups,” he said. “It’s the industry that has my focus. It’s where I make my living. There’s a glass door when it comes to moving from TV to film.” On his time as Linus and his excitement for his upcoming projects, the actor said, “It’s another case of strong writing you can get on television that would never get green-lit as a feature film.”

Even though Emerson won’t wade into spoiler territory for Arrow or Mozart in the Jungle—his time in Lost‘s mystery box taught him better than that—we have a feeling he might spill a few choice details to the next adorable fluff ball he meets on the street. The guy just seems like he’s having way too great of a time not to share it with someone. 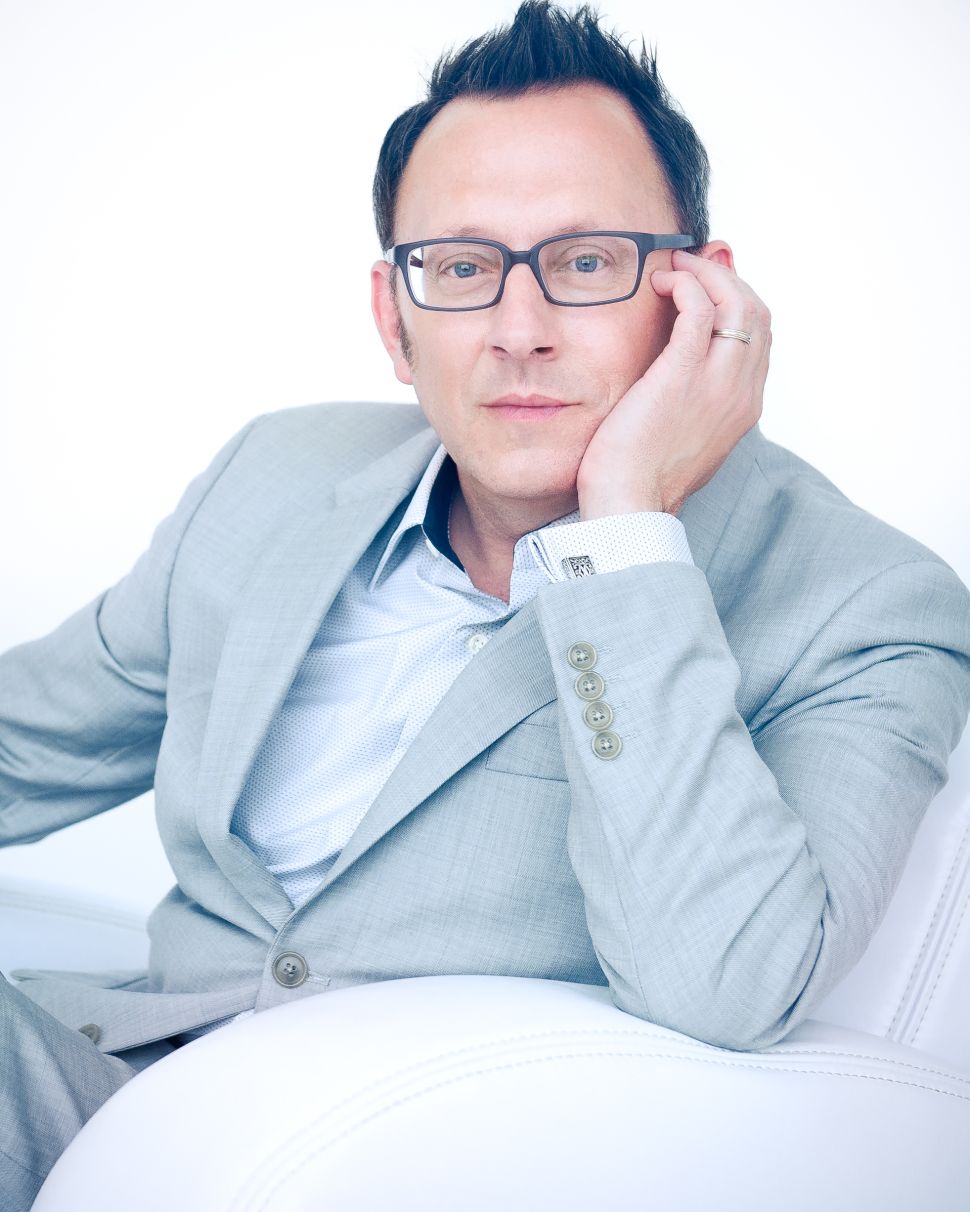