Around and around we go. Left-leaning media have dug their heels in on all things Donald Trump while the president continues to antagonize these same outlets with meaningless “Fake News” tweets. It’s a never-ending cycle of pettiness that continues again today with primary Trump foe Morning Joe.

“I want to know how she does that and where the chief of staff is or where anyone else in the White House is this morning, or where they were when that tweet went out yesterday. The president should have taken it down,” Brzezinski said.

You can see Brzezinski’s full comments in the video below:

Lightweight Senator Kirsten Gillibrand, a total flunky for Chuck Schumer and someone who would come to my office “begging” for campaign contributions not so long ago (and would do anything for them), is now in the ring fighting against Trump. Very disloyal to Bill & Crooked-USED!

Some have argued that the tweet includes sexual subtext aimed at Gillibrand.

But Brzezinski wasn’t done tearing down the powers that be just yet. She also took aim at the women around the president, such as the first lady and daughter Ivanka Trump, for enabling such behavior.

“His wife who has a platform against cyberbullying. That is a joke. That is the saddest thing I have ever seen,” she said. “And his daughter who came to Washington to work for the president and develop a platform for women? Go home. Go home. You’re doing nothing if you stand by this president, and you should think of the country rather than your brand.”

This little spat should tide folks over until the next war of words. 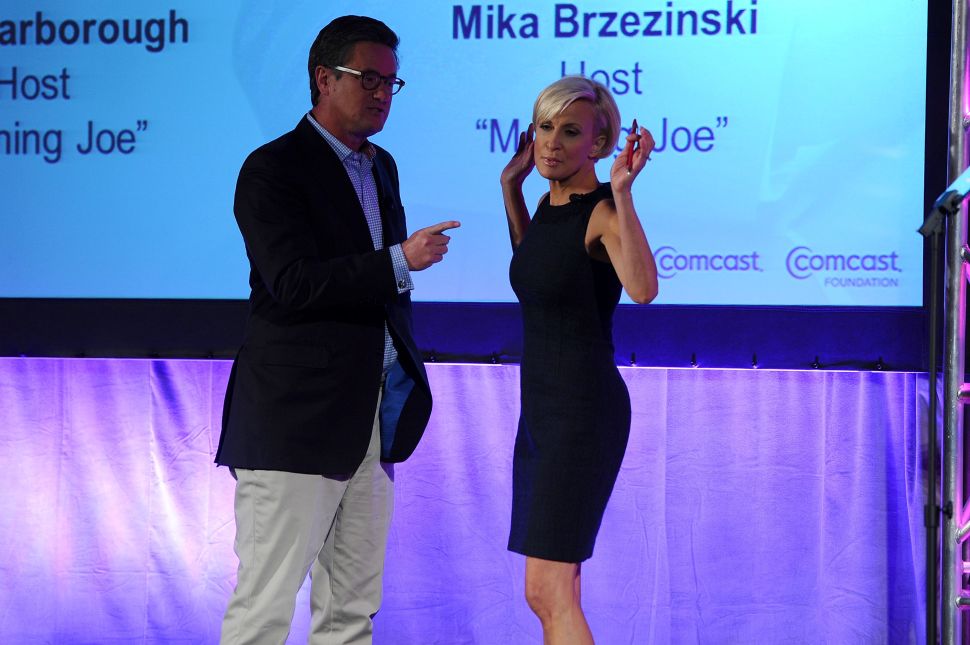