The fate of the world may not rest on what happens in a series of elections across the globe in 2018. But in each ballot box contest, there is the power to reshape regions, altering alliances and providing major trends for the future.

On March 18, 2018, Russia will hold the first round of its presidential election. Should no candidate win a majority, a second round will take place on April 8, 2018.

You can’t say anything about Russia without including Vladimir Putin, the country’s powerful president. Though most expect him to run, he has not made an official announcement about his plans for next year. “Not only have I not decided yet who I will stand against, I have not decided whether I will run at all,” Putin said a month ago when asked that question.

It’s not every world leader who gets to decide who will run against him, but authoritarians have that power.

Putin’s chief opponent, anti-corruption activist Alexei Navalny, announced he was going to run for president in 2018, but then he was sentenced to another term in jail by a Russian Court for organizing anti-Putin rallies. He had previously been convicted with embezzlement, a charge he claimed was trumped-up. All of those jail sentences disqualify him from running in 2018.

Putin is expected to face “the Paris Hilton of Russia” instead. It’s Ksenia Sobchack, daughter of former St. Petersburg Anatoly Sobchak, a former mentor of Vladimir Putin. The close association of her father and the Russian President make it likely that the candidate is a Putin plant.

“In order for Sobchak to get on to the ballot, she will need to collect 300,000 signatures from Russian citizens. Shortly before she announced her candidacy, Putin’s spokesman Dmitry Peskov said she ‘fulfilled all criteria’ to stand, in what appeared to be Kremlin blessing for the move,” according to The Guardian, further evidence that she’s there with Putin’s blessing.

But there’s hope that this election-fixing has its limits. A plan to have a number of independent opposition candidates run in 2017 helped a number of these plucky upstarts win majorities in a number of local councils, catching Putin’s party napping. The only question is whether they can do it again. Putin won’t be tricked twice, so a different strategy will be needed, perhaps having Navalny endorse one of these trusted candidates to run in his stead.

Whoever wins in Mexico in 2018, at least two things can be certain. First, the new president is unlikely to come from the PRI, the ruling party whose president Enrique Pena Nieto has run the country into the ground. Pena Nieto’s regime has been buffeted by scandals involving the massacres of teaching students who sought to oppose the regime, at the hands of drug lords, as well as financial corruption not unlike the activities that had the Brazilian President impeached and ousted from power. Sluggish economic growth and increasing drug violence has made the PRI a toxic party to belong to these days.

Polls show that “AMLO” or Andres Manuel Lopez Obrador, the former Mexico City Mayor and presidential candidate, would finish first in the election, with 28 percent of the vote. But there are three problems with that assessment. First of all, Lopez Obrador has shown an ability to blow a winnable election, as he did in 2006 when, as a front-runner, he skipped a debate with opponents, which cost him the election. Secondly, “AMLO” has abandoned his center-left party the Democratic Revolutionary Party (PRD) in favor of a new creation of his, “MORENA,” costing him his former base of support. MORENA politics might take him closer to the Hugo Chavez-Nicolas Maduro brand of politics that has devastated Venezuela.

A better choice might come from the National Action Party (PAN), the free market party that takes a tougher line against drug lords. PAN, the longtime opposition that won the presidency in 2000 and 2006 (breaking the PRI’s decades-long monopoly on power), had 23 percent of the vote in that poll. They have several viable candidates, ranging from party leaders to Puebla’s governor to Margarita Zavala, a former Mexican politician and first lady to the competent former President Felipe Calderon. The PRD offers current Mexico City Mayor Miguel Angel Mancera, threatening to split the left vote. No one wants to run for the PRI, a distant third in polls, but Finance Secretary Jose Antonio Meade might be just independent enough from Pena Nieto to have a chance of finishing better than fourth of four.

While a return to PAN might be what’s best for Mexico and its neighbors, upping the anti-Mexico rhetoric will increase the chances of the far-left Lopez Obrador, coming to power. Such an unpopular leader could really generate a surge of immigration to the U.S. with his disastrous policies. Trump may want to put his usual Twitter rants on the subject under wraps until July 1, 2018, the date of the election. Though less than a third of Mexicans approve of Lopez Obrador, there is no 2-round majority-mandate system like Russia’s, meaning the MORENA leader may well win with 30 percent of the vote.

After elections in the big European countries generated populist surges in Britain, France and Germany, as well as those who seek that label in Austria and the Czech Republic, it’s Italy’s turn. And what would a European election be without a populist movement?

The role of the non-traditional party is performed by the Five Star Movement, a youthful leftist anti-European populist party that supports more direct democracy for Italy. Current polls have them tied with the center-left Democratic Party. Other players include former Prime Minister Silvio Berlusconi’s Forza Italy, a former populist right-wing group that became somewhat mainstream by frequent bouts of ruling Italy. Then there are the right-of-center Northern League separatists, who support leaving the EU. Rumors of a 5-Star-Northern League alliance have been denied by both sides, as the groups have little in common beyond a mutual antipathy toward the European Union. Too much anti-single currency rhetoric, which hurt the far-right National Front in France, could come back to bite the populists.

The question is whether the 5-Star Movement or Berlusconi will make a better coalition dance partner for the incumbent Democratic Party, which is benefitting from an uptick in economic activity.

Brazil’s 1964 military coup, which lasted more than 20 years, left the country with a mixed legacy. Modernization did occur—but not by the choice of most Brazilians. Incredibly today, it is a former military man, Jair Bolsonaro, who could win the next election, showing how far Brazil’s democratization has suffered due to corruption.

Brazil’s first post-military leader, Fernando Collor, was removed due to corruption. It’s the same for Brazil’s most recent leader, Dilma Rousseff. While the world watched the Olympics in Rio de Janiero, she was being ousted from power for a corruption scandal. Continued problems have plagued her Workers’ Party and successor, Michel Temer of the PMDB, who is not being seriously considered.

Rousseff’s mentor, former leftist President Luiz Inacio Lula da Silva (better known simply as Lula) hopes to make a comeback next year in the October 2018 election. He leads in the early polls, but he has plenty of baggage of his own. That would provide an opening for Rio Congressman Bolsonaro, a former military officer who recommends increasing gun ownership in Brazil to combat rampant crime, though some worry it could increase the country’s already high murder rate. His caustic comments have earned him the moniker “The Brazilian Trump.” Other candidates are currently trailing in the polls, and Bolsonaro will be the frontrunner if convictions take Lula out of the race.

The Czech Republic’s January 2018 election is a “Canary in a Coalmine” for other elections in Central and East Europe.

The frontrunner is current Czech President Milos Zeman, who is running for another term. A longtime politician of the Social Democratic Party, he is the country’s third president, and the first to be democratically elected (the first two were chosen by the parliament). His approval ratings are mediocre, but he will likely make it to the runoff.

Another candidate to watch is Mirek Topolanek, a right-of-center utilities businessman and former prime minister, once ousted in a vote of no confidence. He’s known for being bombastic in his comments about groups he dislikes, and he favors missile defense systems.

A decent candidate for the Czechs may be Jiri Drahos, a chemist, centrist, and supporter of European Integration and an opponent of excessive regulation. Such an independent technocrat provides a contrast with his more pugnacious rivals.

Another idea is Michal Horacek, a songwriter, music producer, businessman, journalist, Velvet Revolution leader (against Communism) and Czech Academy of Music Chair. He’s a dark horse bet to win due to his unconventional style and safe politics.

“Horáček is not totally new to the political scene,” Radio Czech notes. “Together with Czech rock star Michal Kocáb, he helped found the so-called Most, or bridge, initiative in 1989 which played a key role as an intermediary during the so-called Velvet Revolution between the communists in power and the Civic Forum grouping focused on Václav Havel. But he afterwards shunned political activity, never joined a party, and together with three partners founded the betting company Fortuna,” a company he has since sold.

The results of the contest will show either a preference for Russia or the centrist values of the revolution of 1989. Experience will battle new faces, and flamboyant styles will clash with unity strategies. Other European countries will take note of who wins when crafting their own strategies. 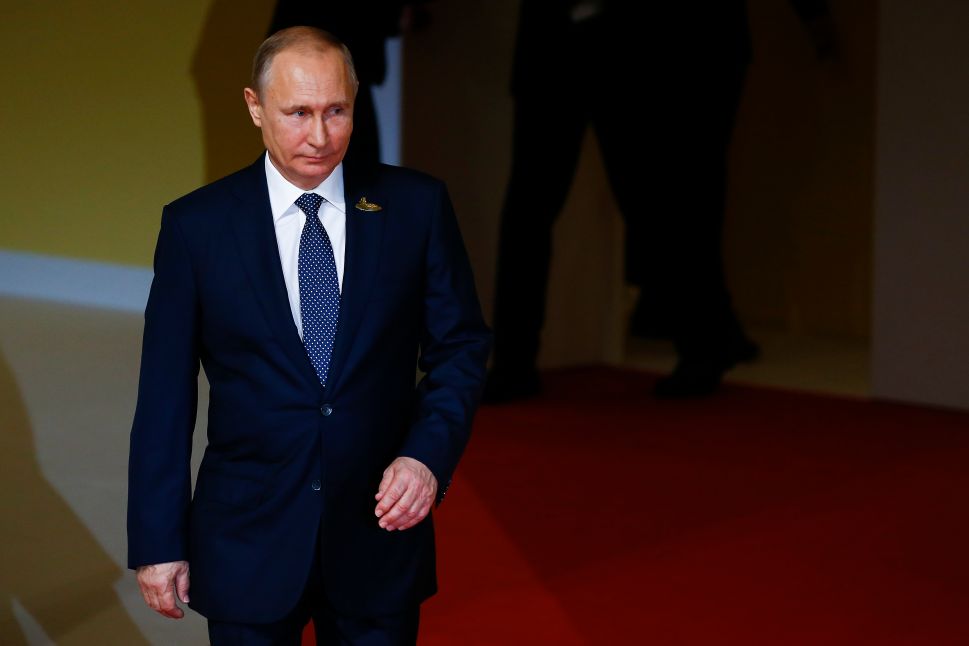