McCabe, a former EPA acting administrator, would be in charge of managing the state’s natural resources and solving pollution problems if her nomination is confirmed by the state Senate. The DEP oversees the state’s conservation efforts and enforces environmental protection laws.

With the Long Branch beach as a backdrop, Murphy said he wants to tackle climate change and grow the “green energy economy” through solar and offshore wind. He said he wants New Jersey to rely completely on clean energy by 2050. And he plans to enforce “environmental justice” by ensuring clean air and for residents.

“We will ask Catherine to step up and re-assert New Jersey’s leadership on the national and global stages,” Murphy said during a news conference. “We need solutions rooted in science and fact-based analysis. We need to look at good models in other states and in other countries, so we can make our own residents safer and their communities stronger.”

“New Jersey was an early and progressive leader in environmental protection, leading the way, for example, in tackling a legacy of contaminated superfund and other sites that are left over in too many places from our industrial past,” McCabe said. “It is time for New Jersey to lead again. Climate change is clearly happening.”

Both Murphy and McCabe emphasized that environmental protection and economic growth can go hand-in-hand and are not mutually exclusive.

New Jersey faces other environmental challenges, such as an antiquated infrastructure and planned natural gas pipelines through the Pinelands. Murphy said he wants better transparency on decisions related to pipelines and was subtly critical of Gov. Chris Christie appointees to boards that issue permits for the projects. “Let’s make sure the umpire is not in the tank for one of the teams,” he said.

“Her many years of experience in environmental enforcement demonstrates her commitment to protecting public health and communities, not polluters and wrongdoers,” said Amy Goldsmith, state director of Clean Action.

Murphy has rolled out several planned nominations in the last week. So far, he has picked Lieutenant Governor-elect Sheila Oliver to be the commissioner of the Department of Community Affairs; Bergen County Prosecutor Gurbir S. Grewal to be the next attorney general; Assemblywoman Liz Muoio (D-Mercer) to be state treasurer; former administrative law judge Passaic County freeholder Tahesha Way to be secretary of state; and Florida Turnpike Enterprise chief Diane Gutierrez-Scaccetti for Commissioner of Transportation. 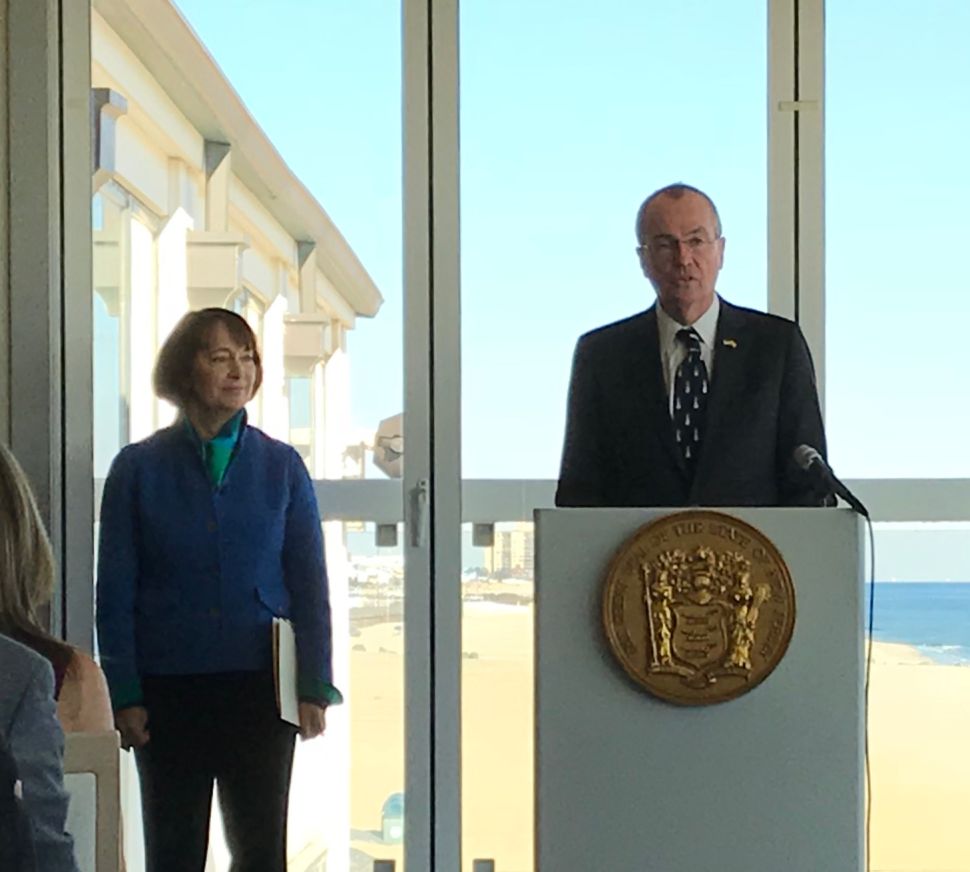