Governor-elect Phil Murphy announced Monday that his nominee for secretary of state is Tahesha Way, a former state administrative law judge and a past director of the Passaic County freeholder board.

New Jersey’s secretary of state oversees elections, tourism, an arts council, and several cultural and international commissions, among other duties. The post is held now by Lt. Gov. Kim Guadagno, the Republican nominee for governor who lost the November election to Murphy.

Murphy said Way, a Democrat who is currently special counsel for the Passaic County Board of Social Services, would be key to his plans to “modernize and expand” voter registration options and election procedures in New Jersey. He attacked President Trump’s commission investigating claims of voter fraud in the 2016 election, describing voter fraud as a fake problem.

Murphy also called Kansas Secretary of State Kris Kobach, who is leading Trump’s commission, a “lunatic” and said he was “gobsmacked” that the Christie administration handed over New Jersey voter data earlier this year to that commission.

Way, Murphy said, would help implement a series of changes to New Jersey voting laws, including an expansion of voting rights to cover some ex-convicts. The Murphy administration would also seek to implement in-person early voting and expediting voter registration by allowing people to sign up online, among other changes. New Jersey Democratic lawmakers have sought to make some of those changes in previous years, but were stumped by Gov. Chris Christie’s veto pen.

“We will ask her to stand up for the rights of New Jersey voters against the pressures from President Trump’s voter-suppression panel and others who want to restrict access to the ballot box,” Murphy said.

Way is a graduate of Brown University and the University of Virginia School of Law.

“As I pondered the position, I recalled my father’s childhood story growing up in North Carolina, and walking five miles to and from school while the white students passed him on a bus and would jeer. My dad knew he would never be able to afford college but he realized that his right to vote could make change,” she said.

“I look forward to working with the governor-elect to make democracy real for all residents of New Jersey, through maintaining and strengthening voting rights and common-ground efforts to modernize the voting process.”

Murphy in recent weeks has announced he will nominate Lieutenant Governor-elect Sheila Oliver to be the commissioner of the Department of Community Affairs; Bergen County Prosecutor Gurbir S. Grewal to be the next attorney general; and Assemblywoman Liz Muoio (D-Mercer) to be state treasurer. All of those cabinet posts and Way’s are subject to confirmation in the Democratic-controlled state Senate. More staff announcements are coming this week, Murphy said Monday. 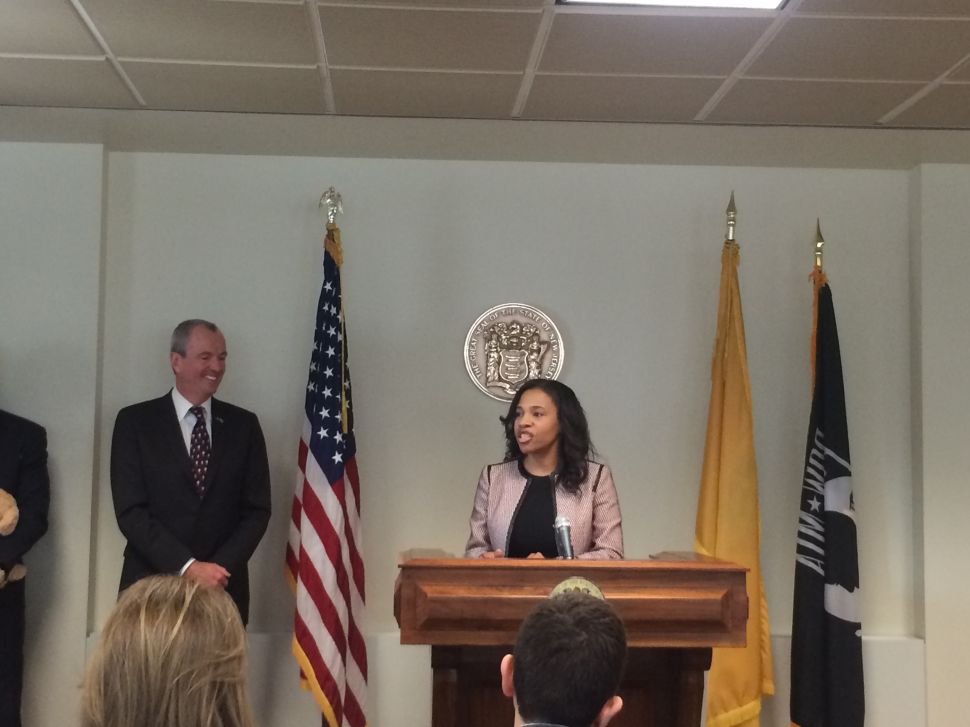