Gov.-elect Phil Murphy and a delegation of New Jersey elected officials and advocates will travel to Puerto Rico on Friday, a trip planned by the incoming administration to survey damage and recovery efforts on the island since Hurricane Maria struck in September.

“With the nation’s third-largest Puerto Rican population, hundreds of thousands of New Jerseyans have family and other loved ones on the island living in Maria’s aftermath,” Murphy said in a statement. “We are going to send a clear message that we have not forgotten our fellow countrymen.”

After the storm ravaged the island, current Gov. Chris Christie deployed 1,100 emergency workers from New Jersey to Puerto Rico. President Trump’s reaction to the Sept. 20 storm was criticized for being slow to bring significant aid to those impacted. Almost two months after the storm, Puerto Rico is still in the midst of the largest and longest-lasting power outage in U.S. history. Thousands of residents are still without power and life for many on the island has been heavily disrupted since the Sept. 20 storm due to closed schools and devastation to homes and workplaces.

“Make no mistake: our fellow citizens in Puerto Rico are badly hurting,” Murphy said in an Oct. 6 piece published in the Star-Ledger. “They are on a quest for survival day by day. Many in remote mountainous towns still remain cut off from communication. They need our help, but assistance has been painfully slow to arrive.”

Both U.S. Sen. Bob Menendez and Rep. Frank Pallone (D-6) also made trips to Puerto Rico since Maria made landfall. Like Murphy, Menendez and Pallone have been critical of the Trump administration’s response to the damage.

How we respond to the tragedy in PR will test the collective conscious of our nation. The aid package being debated should only be a start pic.twitter.com/1N6OtvOYB6

On Murphy’s trip, the governor-elect and his wife Tammy Murphy will meet with Puerto Rican Governor Ricardo Rosselló, acting secretary of State Maria Marcano and other island officials. Murphy will also visit a hospital and a shelter before returning to New Jersey on Friday evening. 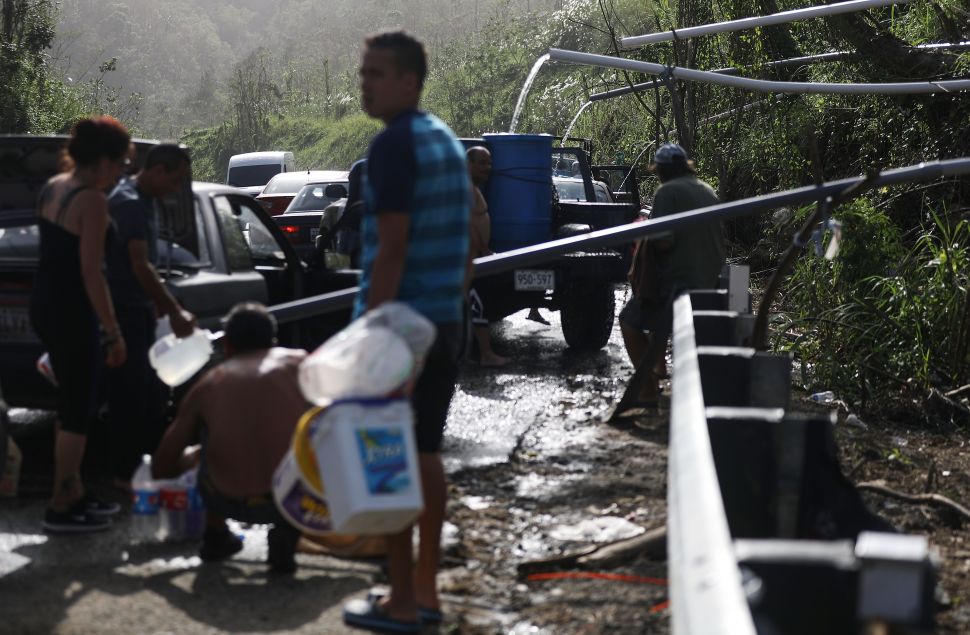