Netflix guards its viewership data as secretly as Marvel guards everything it does. Thankfully, Nielsen has decided to step up and start measuring the streaming service’s ratings, giving us a better understanding of what’s hot and what’s not on the platform. So where does the company’s $100 million fantasy blockbuster Bright fall?

The Will Smith-led action drama earned a total audience of more than 11 million in the first three days of its release, according to Nielsen (per Variety). That includes 7 million U.S. viewers in the coveted 18 to 49 demographic from December 22 to December 24. Does that qualify the critically panned and expensive film as a commercial hit in the eyes of Netflix execs? The company has already greenlit a sequel despite poor reviews and criticism of its racial allegories, so the powers that be better hope so.

Netflix has consistently dismissed all third-party estimates of its viewership. Nielsen’s own method has drawn questions as well as it is limited to the U.S. and has initially been focused on a release’s first three days, rather than the long-term view Netflix holds.

This year has been a down year at the box office and in ticket sales, with Hollywood looking at a 22-year low in the latter category and 2 percent dip in the former. So is Bright‘s 11 million views a win? It’s hard to say as streaming films don’t have an easy comparison. Before all is said and done for Star Wars: The Last Jedi, Beauty and the Beast stands as the year’s biggest grosser and moviegoing leader with 56.3 million tickets sold, according to the-numbers.com. It seems like a safe bet that Bright will cross 20 million views overall in the next week or so. Perhaps a better metric of success for Bright‘s impact on the big picture will be how many new subscribers Netflix adds in the first quarter of 2018 relative to expectations.

At the moment, Netflix sports around 53 million domestic subscribers and nearly 110 million subscribers worldwide. Snagging one-fifth of your total U.S. customer base with one movie can’t be too bad.

Directed by David Ayer (Suicide Squad), Bright is set in an alternate reality in which mythical creatures such as orcs, elves and fairies exist in the real world. Smith plays a Los Angeles police officer who is paired with the LAPD’s first orc officer (Joel Edgerton). In this world, orcs face significant racism from the human population and are considered the lowest socioeconomic class of fantasy creature, a parallel that Chance the Rapper criticized after watching the film. 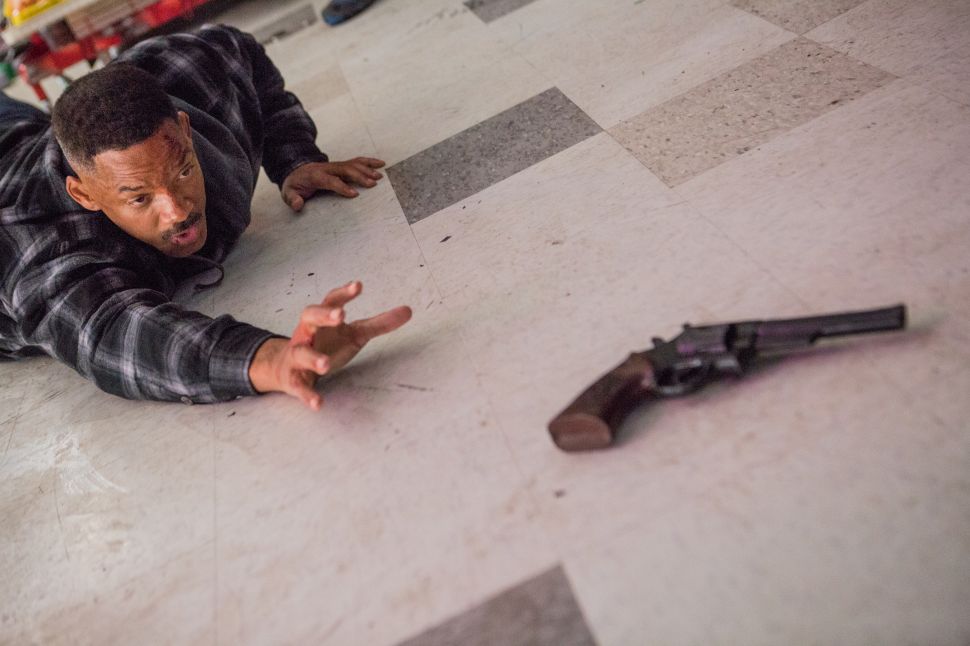