Ever spend a sleepless night staring at the ceiling, stressful thoughts keeping you awake into the early hours—or log a full 10 hours and feel like you haven’t slept in days? Stress and sleep are deeply intertwined, although little research has been done on the subject. A new study, published by the Genetics Society of America investigated stress-induced sleep in the nematode worms (Caenorhabditis elegans), uncovering data that suggests stress-induced sleep could be the body’s way of facilitating cellular repair after potentially stressful or traumatic events.

The researchers used Ultraviolet C Radiation (UVC) as a stressor, discovering that when the worms were exposed to the light, they initially wriggled more, overcome with stress, and then quickly fell asleep. To make sure the worms were actually asleep, the team tested them with octanol vapor, a chemical which would cause any wakeful worms to recoil in nausea. Because the radiation causes harm to worms’ DNA, the team hypothesized that the worms’ sleepy response was a way to quickly and efficiently rebuild broken DNA proteins.

“Stress-induced sleep (SIS) in Caenorhabditis elegans is important for restoration of cellular homeostasis and is a useful model to study the function and regulation of sleep,” writes lead study author Hilary K. DeBardeleben, Professor of Neurology at the University of Pennsylvania  Perelman School of Medicine. “SIS is triggered when epidermal growth factor (EGF) activates the ALA neuron, which then releases neuropeptides to promote sleep.”

Humans also experience a similar response to intense radiation; for example, cancer patients undergoing chemotherapy for various cancers respond with overwhelming sensations of fatigue. While the researchers acknowledge that the study was conducted on worms and there is still much research to be done on stress-induced sleep, a key takeaway from their findings is that stress can trigger drowsiness, a signal worth listening to in order to better cope with its physical symptoms.

Twenty-one percent of adults report experiencing more stress when they haven’t had enough sleep, and adults who sleep less than eight hours a night report higher stress levels than those who do. Sleep has been proven in humans to assist the facilitation of muscle repair, memory consolidation, judgment, and mood, but this new research identifies a previously unexplored connection between sleep and the body’s ability to rebuild itself after exposure to significant trauma. The feeling of exhaustion that follows a particularly stressful day may be your body’s way of telling you it needs extra time to focus on repairing itself, a survival mechanism to combat even more stressors that lie ahead. 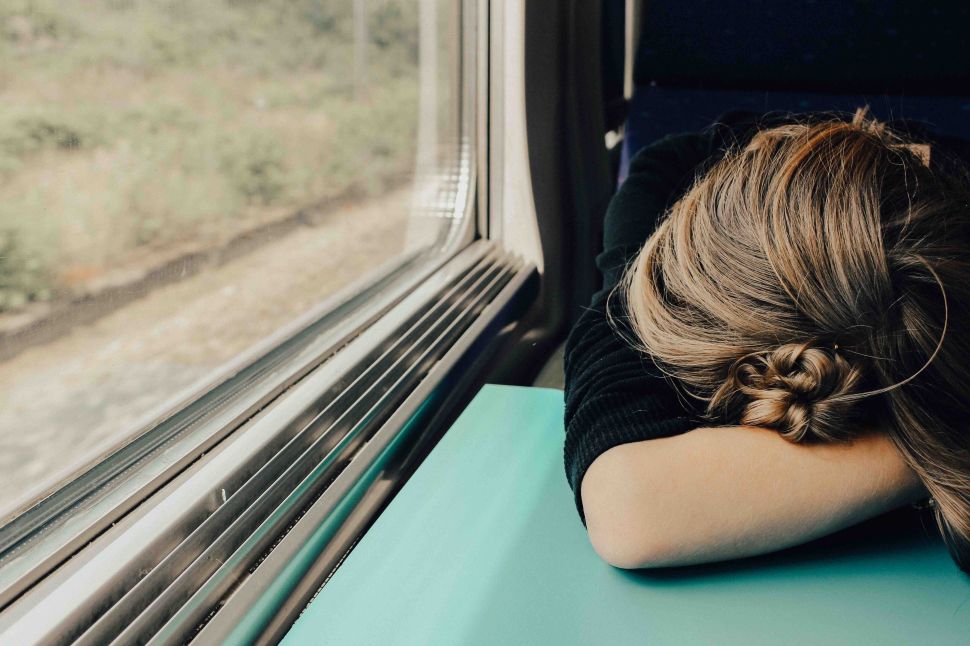