A four-alarm fire that struck an apartment building in the Bronx on Thursday evening has claimed at least 12 lives — including a one-year-old child — in what Mayor Bill de Blasio called the “worst fire tragedy we have seen in this city in at least a quarter century.”

The fire started on the first floor of the building, which is located in the Belmont section of the Bronx, and quickly spread upstairs, according to FDNY Commissioner Daniel Nigro. People died on various floors and victims’ ages ranging from one year old to 50 years old, he said.

Four people are critically injured and “fighting for their lives,” and there are currently 15 individuals with serious injuries, Nigro added.

More than 160 FDNY members were operating on the scene, and the mayor was briefed on the tragedy at around 8:30 pm.

“We’re at the scene of an unspeakable tragedy in the middle of the holiday season, a time when families are together,” de Blasio told reporters at the scene of the fire. “Tonight here in the Bronx, there are families that have been torn apart. This is the worst fire tragedy we have seen in this city in at least a quarter century. Based on the information we have now, this will rank as one of the worst losses of live to a fire in many, many years.”

He noted at least 12 people are expected to survive but that there could be more fatalities.

“Thank God because of FDNY’s quick response, based on information we have now, at least 12 people were rescued and will survive but the search of the building continues,” de Blasio continued. “So we know that even though it’s horrible to report that 12 are dead already, we may lose others as well.”

Gov. Andrew Cuomo also said the state would offer support in the aftermath of the tragedy.

We are closely monitoring the devastating fire in the Bronx. As always we are thankful for our first responders. Our thoughts are with the victims and their families tonight. 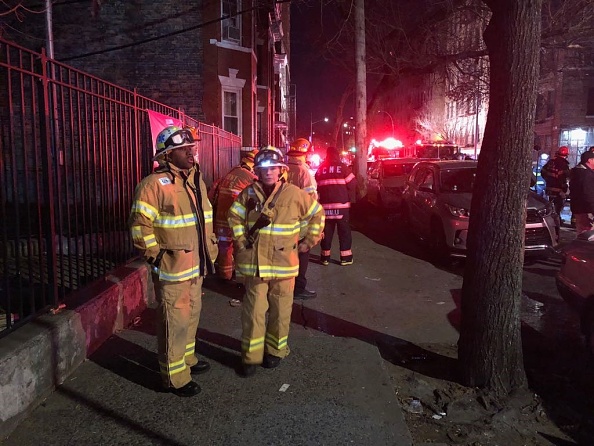