Governor-elect Phil Murphy will hold his inaugural ball at MetLife Stadium in East Rutherford after he is sworn in as the 56th governor of New Jersey.

Murphy and his wife, Tammy, who chairs the inaugural committee, released a five-day schedule leading up to his swearing in ceremony on Jan. 16 at the Trenton War Memorial. The inaugural ball at MetLife Stadium will be inside “an engineered-for-winter tent on the field.”

Murphy continued to fill out his cabinet Thursday, announcing he will nominate Catherine McCabe, a top official in the Environmental Protection Agency, to be the next commissioner of New Jersey’s Department of Environmental Protection. Later, Murphy’s spokesman criticized Gov. Chris Christie for making an accounting change to the state’s pension system just before leaving office.

Quote of the Day: “If you really want to work across the aisle, pick up the phone or catch a fellow member in the hallway and propose a compromise. Heck, it’s almost 2018; you can even do it by email. But, don’t write and mail a self-serving letter.” – Sen. Colin Bell responding to a letter from Assemblyman Chris Brown.

Murphy Blasts Christie Over Change to Pension System
Governor-elect Phil Murphy’s spokesman criticized Gov. Chris Christie on Thursday for lowering the expected rate of return of New Jersey’s pension investments just before leaving office, a move that could force Murphy to pay more into the ailing pension fund next year than he had planned.
Christian Hetrick, Observer Read more

NJ Drivers Could Soon See Increased Penalties for Distracted Driving
Distracted drivers on New Jersey roads could soon face increased fines for cell phone use near a school or school crossing if a bill (A5333) sponsored by Assemblyman John McKeon (D-Morris) makes it through the Legislature and is signed into law.
Alyana Alfaro, Observer Read more

NJ May Need Updated Law to Keep Up With Shadow Lobbying
Just as the trend of independent spending in federal campaigns eventually made its way to state elections during the past decade, a new phenomenon called shadow lobbying has taken hold in Washington, D.C.
Jeff Brindle, Observer Read more

Politician switches parties, puts Dems in control of Salem County
Salem County Republican Freeholder Melissa DeCastro has switched parties, a move that will give political control of the county back to the Democrats in the new year.
NJ.com Read more

Incoming Gateway chairman optimistic about Trump’s role
Incoming Gateway Chairman Steven Cohen is confident that President Donald Trump will help fund a new rail tunnel beneath the Hudson River, in part because he remembers what Trump did for Manhattan’s ice skaters a generation ago.
Politico Read more

Obamacare enrollment in NJ down slightly from last year
New Jerseyans with Obamacare continued to sign up at a steady pace for 2018, the government said Thursday, despite unenthusiastic support from the Trump Administration.
Asbury Park Press Read more

MacArthur explains why he voted ‘yes’ to tax code overhaul
The congressional tax code overhaul temporarily cuts tax rates for individuals, nearly doubles the standard deduction and doubles the child tax credit. But it will sharply curtail tax breaks for many New Jersey residents. And, the Institute on Taxation and Economic Policy says more than one-quarter of the state’s taxpayers, 26 percent, would effectively get a tax increase. Every member of the state’s congressional delegation voted against the measure, but one.
NJTV Watch

Poll: Upside Down Frelinghuysen ‘Vulnerable’ in CD11
In New Jersey’s 11th Congressional District, Republican incumbent U.S. Rep. Rodney Frelinghuysen has an approval rating of 28%, and 54% disapprove of his job performance. according to a Public Policy Polling Memo.
InsiderNJ Read more

Making It Easier for Ex-Offenders to Make a Clean Start
New Jersey has made it easier for many ex-offenders to start their lives fresh after release, with a significant reform of the process for expunging one’s criminal history enacted on Wednesday.
NJ Spotlight Read more 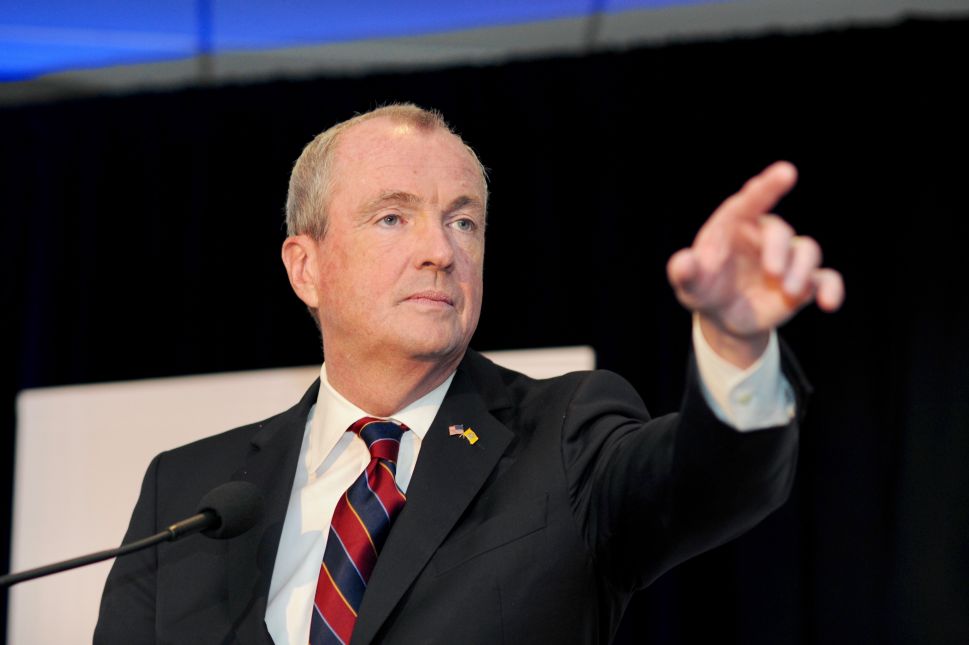