The City Council’s Black, Latino and Asian Caucus says it wants a speaker of color in 2018, arguing that the city needs leadership that reflects its “values, vision, and demographics.”

Three of the candidates—Upper Manhattan Councilman Mark Levine, Manhattan Councilman Corey Johnson and Queens Councilman Jimmy Van Bramer—are white. If any of them become speaker, it would mark the first time the city is not led by a person of color since Christine Quinn was speaker from 2006 to 2013.

“As we approach the end of the 2014-2017 legislative term, the Council looks toward the future at the work that awaits it,” the 26-member caucus said in a statement released on Monday evening. “Our nation faces threats to civil liberties, healthcare access, and public safety, and it is our responsibility to protect New York City from the harmful policies that exacerbate these problems.”

“For these reasons, the Black, Latino, and Asian Caucus finds it imperative that New York City continue to be served by leaders who reflect our city’s values, vision, and demographics,” they argued. “Therefore, we wish to assure our communities that we remain united in our call for a Speaker of Color for the 2018-2021 legislative term.”

They noted that in 2014, they were “proud” to elect Mark-Viverito, a caucus member, and that they would like to see a continuation of the work that Mark-Viverito did.

“Speaker Mark-Viverito has worked tirelessly securing justice in the courts and prisons, uplifting the voice of young women and immigrant New Yorkers, and delivering crucial victories for vulnerable communities in the last four city budgets,” they said. “We are excited to witness the continuation of the trailblazing work by a new Speaker who understands and represents the diversity that makes our city great.”

Still, they maintained that they respect all eight candidates.

“We are proud of and grateful for the work that all of the candidates have done on behalf of our city,” the caucus members added. “All of our communities are truly better for it, and we look forward to continuing our work towards equity with all of them in the next term.”

At a recent speaker’s candidate forum on criminal and social justice issues, Rev. Al Sharpton said he would like to see a black speaker some day but that he is looking for the best candidate.

At the forum, the candidates of color spoke to the importance of having a person of color lead the body, while the white candidates maintained they recognized their privilege but pointed to the work they have done to support marginalized groups as well as their commitment to supporting them. 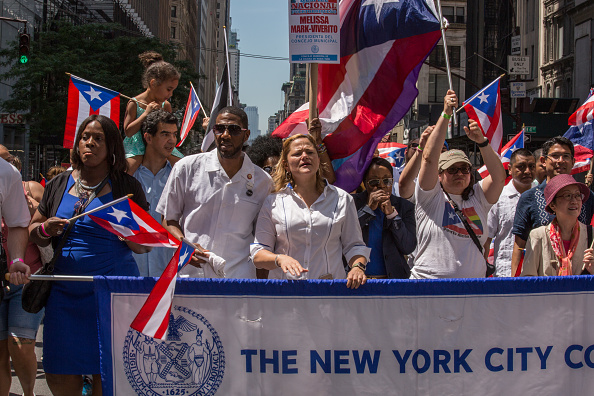