The City Council’s Committee on Ethics and Standards has ordered an internal investigation into sexual harassment allegations against a Council member reports say is Bronx Councilman Andy King.

On Wednesday, the office of City Council Speaker Melissa Mark-Viverito announced that the committee would be convening on Friday afternoon to review an alleged matter pertaining to a Council rule that bans disorderly behavior, which includes sexual harassment.

A day later, the New York Post reported that King is the subject of the allegations and that the committee was informed of the complaint last week. The Council’s general counsel’s office has been probing the allegations, which are coming from one accuser, a Council source told the Post.

Council rules say that if a member engages in disorderly behavior, the Council could strip the member of committee assignments, reprimand or censure the member, issue a fine or expel them.

Brooklyn Councilman Alan Maisel, the committee’s chairman, immediately called for the committee to go into executive session, which lasted about an hour.

“In executive session, the committee moved to open a matter regarding an alleged violation of Council rule 10.80,” Maisel said following the session. “So I’m inviting a motion before we adjourn.”

He also said all of the committee’s considerations, deliberations, files and records have to be confidential and that a breach of confidentiality “be considered unethical conduct.” The committee did not say who was being investigated.

King and his spokesperson did not immediately respond to a request for comment on Friday. But King told the New York Times that he was not aware of the proceedings and did not respond when asked whether he denied engaging in the behavior.

This marks the first time under Mark-Viverito’s tenure that the committee has met on the disorderly behavior rule, according to the speaker’s office. The committee last met in August to close a case involving former Queens Councilman Ruben Wills, who was expelled after he was convicted on corruption charges.

And this is not King’s first time being accused of sexual misconduct.

In April 2015, a staffer of the Council’s Black, Latino and Asian Caucus filed a notice of claim for a $1.25 million lawsuit against the city alleging that King made inappropriate comments and advances and created a “hostile work environment” for her.

She alleged that he misused his power by attempting to modify caucus rules so he would be able to hire and fire staffers himself.

The hearing comes amid a wave of sexual assault allegations against high-profile public figures, including actors, journalists, elected officials and candidates. Earlier this month, the New York City Human Rights Commission held its first hearing on sexual harassment in the workplace in more than 40 years.

Gov. Andrew Cuomo has also said that he will be announcing a legislative package to address the sexual harassment issue that may include a proposal to prohibit publicly traded companies from secretly settling sexual harassment allegations. 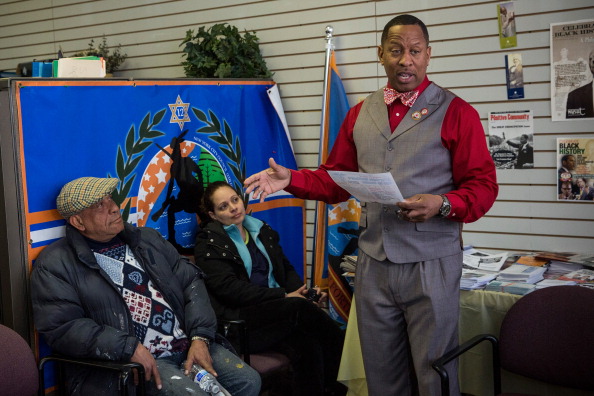