If the Palestinians could produce a leader with the political vision of Nelson Mandela, they would have a state. Mandela understood the most fundamental lesson of democratic politics: political reality requires not just compromise but also conciliation.

To date, the Palestinians have not been able to surface a leader who would be willing to be known as the Palestinian who compromised the right of return, or as the Muslim who was willing to find a path to conciliation with a Jewish presence in Jerusalem.

They have not been able to produce a leader who could break free of the shackles of decades of their own incitement.

At Camp David, Yasser Arafat walked away from 95 percent of what he asked for, and told a dismayed President Clinton that the Jews never had a historic presence in the land. In recent days, this fiction has been repeated by Palestinian President Mahmoud Abbas. It is the official Palestinian revisionist history of the region.

At Taba, in 2001, Abbas was offered an even slightly better deal than Arafat was offered at Camp David, and did what the Palestinians have been doing since the Arab League had created the three noes of Khartoum: no negotiations, no recognition, no peace. He said, no.

President Donald Trump’s recognition of Jerusalem as the capital of Israel has now changed the dynamic of the moribund negotiations process that were largely rituals in which the Palestinians engaged because of a mixture of external pressure and inducements. He has also struck a blow against the mythical narrative the Palestinians have created to deny the legitimacy of a Jewish presence in a Jewish land.

The Palestinian Authority’s representative to the United Nations, Riyad Mansour, added to this fantasy by telling NPR listeners that Jesus was born in Bethlehem, “a Palestinian city.”

The problem for Mr. Mansour’s fantasy is that Judea was not renamed Palestine by the Romans until 135 years after Jesus was born. Jesus was born a Jew, in the Jewish village of Bethlehem, in a land known as Judea. Jews are called Jews because they come from Judea.

Jerusalem, Ms. Ashrawi knows, was the capital of only one nation—the Jewish nation. In modern times, Jews have been either a majority or plurality of Jerusalem’s population since the late 19th century.

And while some Palestinian “scholars” refer to the modern Palestinians (a people created by Yasser Arafat in the 1960s) as descendants of the ancient Philistines (a sea-faring, Aegean people related to the ancient Greeks), they were wiped out about 600 years before Jesus was born.

The Muslim nations of the United Nations have been trying repeatedly to rewrite Jewish history. In July, the Cave of the Patriarchs and Matriarchs of Judaism was designated a Palestinian Heritage site, denying the Jewish and Biblical claim to it. Adding insult to grotesque injury, in October, the Western Wall and the Temple Mount were also designated Palestinian Heritage sites.

Trump’s bold move is a return of the historical record to its factual roots, to wipe away the Palestinian fictions designed to remove Israel from its place in the international community of nations.

For decades, the United Nations and the European Union have been indulging Palestinian fantasies. UNWRA encourages the unprecedented persistence of Palestinian refugee status into the third generation. The UN claims to seek peace but forces concessions only from Israel, even as it erases Jewish history.

The Western nations ply the klepto-tyranny of the unelected Palestinian President Mahmoud Abbas with billions in aid while pressuring Israel, removing any incentive the Palestinian leadership might have to seek peace.

Disruption was called for. Trump created disruption, and unlike the Western media and Democrat politicians, the world seems to be coming around. Russia already recognizes West Jerusalem as the capital of Israel. The Czech Republic praised Trump’s embrace of reality. And in Saudi Arabia, the topic seemed to be of no concern.

It’s time for the Palestinian leadership to realize that it is not Barack Obama who sits in the Oval Office and orders his UN representative to abstain on the resolution that makes the Western Wall and Temple Mount part of the Palestinian fantasy.

It’s time for the Palestinian leadership to realize the days of fantasy reinforced by hollow victories in the UN are over. It is time to produce the Palestinian Nelson Mandela and seek peace. 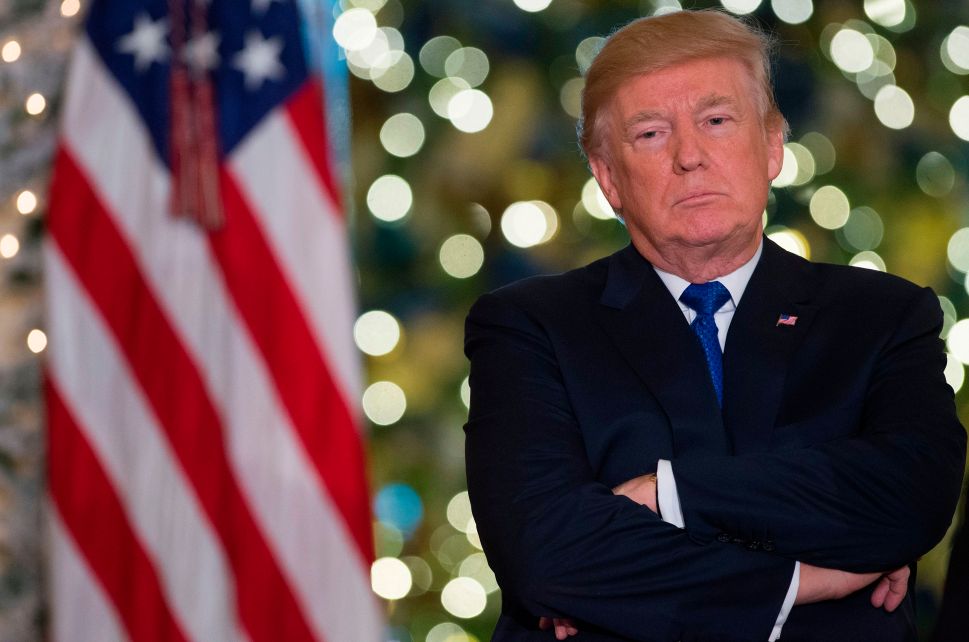