Rep. Tom MacArthur’s Dec. 27 op-ed cherry-picked data from analyses by my organization, the Institute on Taxation and Economic Policy (ITEP), to bolster his misguided claim that New Jerseyans are against the GOP-Trump tax plan because they don’t have the proper information. This suggestion insults his constituents’ intelligence.

Polling shows that Americans oppose the GOP tax plan because they believe it reserves the majority of its benefits for the wealthy and corporations. Multiple independent analyses, including by ITEP, theTax Policy Center, the Penn Wharton Budget Model, and Congress’s own scorers, the Joint Committee on Taxation, reveal they are correct. The tax cuts are targeted at the top with laser precision, some taxpayers face an increase right away, and personal income tax cuts for individuals and families expire after 2025.

The highest-earning 5 percent of New Jersey residents will receive more than half of the tax cuts going to the state, with the very richest 1 percent averaging tax cuts of more than $30,000 each. Meanwhile, households in the middle-income quintile will receive cuts averaging $920. This mirrors the national story. If Congress truly intended to help the middle class, it would have made changes that benefit families and individuals permanent and not picked winners and losers. Instead, it prioritized tax cuts for profitable corporations, cut the estate tax, which is paid by less than 0.2 percent of the country’s wealthiest households, and failed to close the carried interest loophole, which allows wealthy money managers to pay lower tax rates on their income than ordinary working people.

Rep. MacArthur also cited press releases from Fortune 500 companies about employee bonuses and raises in the wake of the tax bill’s passage to pretend the legislation immediately created good jobs. Well, AT&T, for example, is giving with one hand and taking with the other. The one-time, $1,000 bonus for some employees likely provides little solace to the thousands of employees it announced will be laid off.

New Jersey residents, just like the rest of Americans, are keenly aware of this tax plan’s contents. They dislike it because of its substance and the eventual trade-offs—cuts to Medicare, food assistance, education, other public investments and greater income inequality—not because they are uninformed.

Meg Wiehe is the Deputy Director at the Institute on Taxation and Economic Policy (ITEP) where she is responsible for coordinating ITEP’s federal and state tax policy agenda. Meg works closely with policymakers, legislative staff and state and national organizations to advise and provide research on policy solutions to achieve fair and sustainable federal, state and local tax systems. 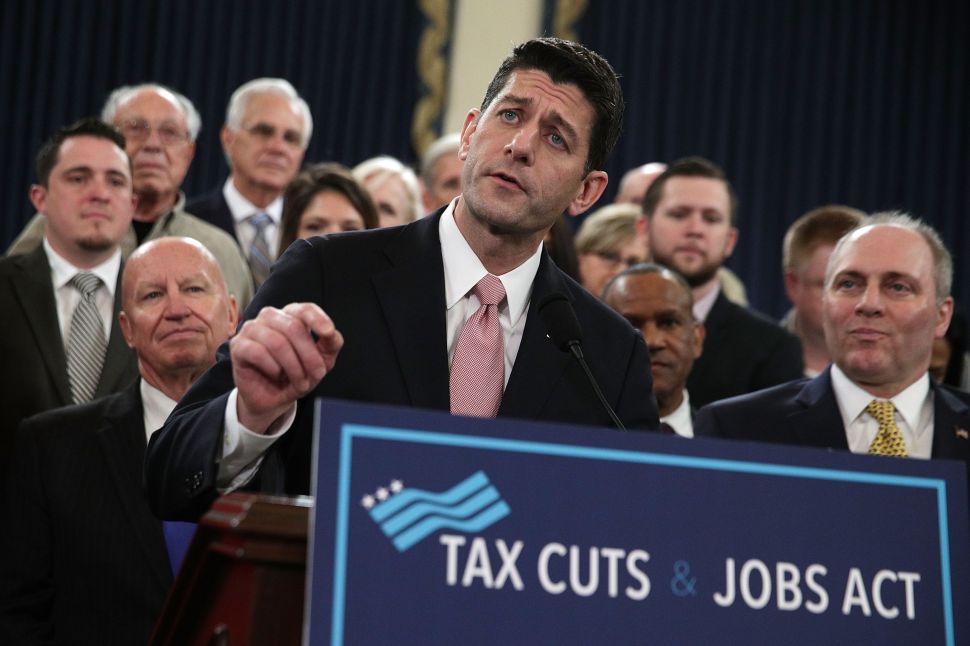