President Donald Trump likes to attack CNN as “Fake News” but it is the real news on that real news network that must drive him nuts. All that truth. All those facts. So much skeptical analysis.

An example of CNN’s measured but knowing take and tone came on a slow-news Tuesday after Christmas on The Lead in the 4 p.m. hour with Jim Sciutto subbing for Jake Tapper.

The show used Trump’s Tuesday Twitter tantrum to examine the major undercurrent of his administration—his relationship with Russia and Russia’s effect on Trump’s 2016 victory over Hillary Clinton.

“It is almost 2018 and the president is still tweeting about ‘Crooked Hillary,’” Sciutto said. “’The Lead’ starts right now. President Trump gives new meaning to Boxing Day, throwing new roundhouses at his own FBI and ignoring the fact that the Russian dossier is the real thing.”

The first visual came from a telephoto lens—through tree branches—of Trump’s large backside on the sunny golf course at his millionaires’ club in Florida, on a weekend filled elsewhere with frigid temperatures and snow.

The “blue-collar billionaire” wore his usual red baseball cap over his yellow hair. Soon, Sciutto’s producers showed a screen filled with a gaseous Trump tweet belch, much of it highlighted with a yellow-marker effect. He’d just watched the Fox News Channel propaganda factory. He had to react.

“Wow @foxandfriends,” Trump wrote. “Dossier is bogus Clinton Campaign, DNC funded dossier. FBI CANNOT (after all this time) VERIFY CLAIMS IN DOSSIER OF RUSSIA/TRUMP COLLUSION. FBI TAINTED. And they used this Crooked Hillary pile of garbage as the basis for going after the Trump Campaign!”

It is a trope of Trump, Fox and craven Republicans in Congress that the dossier of opposition research against Trump was entirely false, a fictitious libel bought by Democrats to delegitimize Trump’s victory over Hillary Clinton. It is, Trumpists insist, the false and only basis for the four investigations of the Trump gang.

All these probes are partisan attacks, they cry, especially the one led by special counsel Robert Mueller, who took over after Trump fired FBI director James Comey. With help from reporters Abby Phillip and Pamela Brown, Sciutto discussed the dossier of opposition research against Trump.

SCIUTTO: “Some of it has been corroborated. Some of it has not. Some is still under investigation . . . While most of the salacious allegations of the dossier have not been verified, its assertion that Russia waged a campaign to interfere in the election is now accepted as fact by the United States intelligence community and, I might add, by Republicans and Democrats as well.”

PHILLIP: “The president is at the cusp of a new year but he seems to be holding on to quite a few old grudges.”

BROWN: “It (the dossier) is not the central part but it is one, small piece of a puzzle . . . It’s not the entirety of the Mueller investigation.”

Amanda Carpenter, identified as a commentator, summed up the Trump/Fox News/Republican strategy as one of tainting the current investigations by demanding counter-investigations and by accusing the investigators of bias.

“The reason why it’s going to the Trump White House is because they kept lying about their contacts that they had with the Russians throughout the campaign and the transition,” Carpenter said.

Sciutto then referred to the meeting in which Russian agents promised campaign dirt against Clinton. Eagerly attending were Donald Trump, Jr., Paul Manafort and Jared Kushner. That Trump Tower chat remains a suspicious bit of Trumpian skullduggery that had nothing to do with the dossier.

When the conversation segued to Russian military moves possibly leading to accidental war, the screen showed a photo of a Russian warship cruising on Christmas Day near English waters. It was taken from a Royal Navy helicopter with an infra-red lens.

Sciutto said an accidental exchange of fire might occur “despite President Trump’s repeated unwillingness to directly call out Vladimir Putin for interfering in the 2016 election.” He blended this with news of the U.S. allowing the selling of anti-tank weapons to Ukraine that might be used against Russian-backed rebels.

As Sciutto spoke with reporter Barbara Starr at the Pentagon, the producers showed soundless video of Russian soldiers singing in formation in dress uniforms and running and firing with rifles in combat fatigues. As Starr finished her narrative, the sound track rose and audio was filled with bursts of bullets.

Adding gravitas to the conversation was Sciutto’s interview with Congressman Gerald Connolly, a Virginia Democrat who is a member of the House Foreign Affairs Committee.

He cast doubt and suspicion on Trump’s pre-presidential business ties to Russia and his curious current relationship with his Russian counterpart.

“Russia is an adversary and a threat to Western values and to our own democratic system,” Connolly said. “I think the president has a lot of trouble getting that in his head because of his own personal conflicts and his own personal needs and the relationships with Russians, Russian oligarchs who financed part of his enterprise, and his inexplicable admiration bromance with Vladimir Putin.” 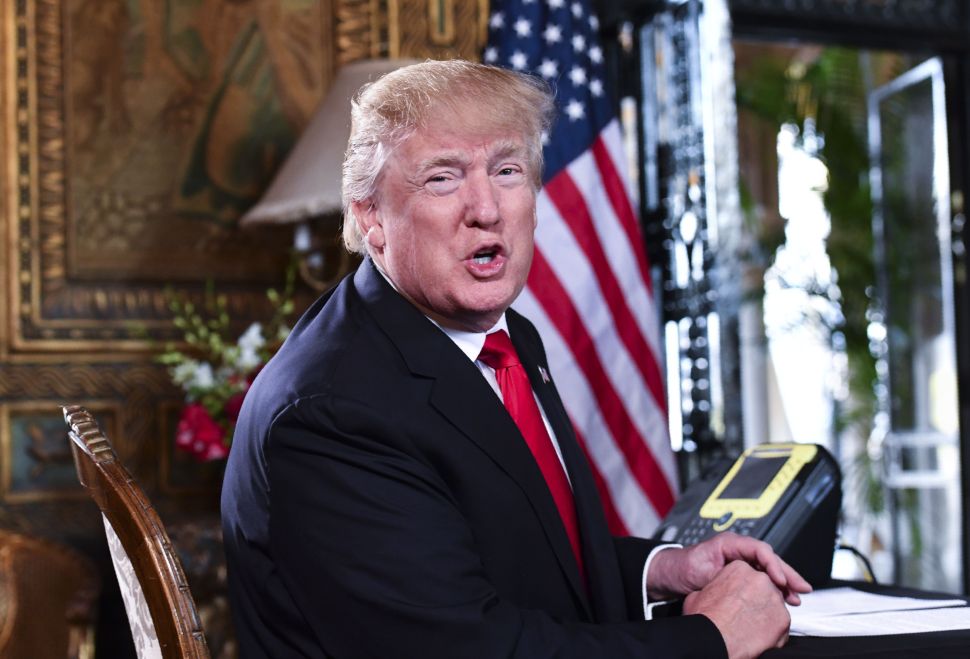