On December 2, the Queens Museum will play host to important parliamentary proceedings conducted by members of the public who wish to participate. The pressing issue at hand? The merit of nine socially engaged art projects, all in the running for the 2017 Visible Award, a €25,000 (approximately $30,000) prize bestowed biannually to a single artist creating community-conscious work by the Italy-based organization Cittadellarte Fondazione Pistoletto in partnership with Fondazione Zegna. The awarding parliament’s convergence in Queens marks the first time in the prize’s eight-year history that it’s been presented in the United States—and the second time the Queens Museum has been the site of an influential international decision.

“There’s been an increase in socially motivated art projects from artists all over the world within the last decade, it’s certainly a global movement,” said Matteo Lucchetti, co-director of the Visible Project. Indeed, the phrase “social practice” has only been applied to the arts within the last 12 years, when the California College of Arts instituted the first Masters of Fine Arts concentration in the field, although artists whose work is often classified as socially engaged—like Rirkrit Tiravanija, Mel Chin and Theaster Gates—have been producing projects in this vein long before CCA’s institutional designation came about. Art falling under this category can take many forms, but at its core it strives to engender social or political change through community-based or participatory projects, generally in the public realm outside of a traditional gallery space.

Because social practice art is generally performance or event-based, rather than object-based like more traditional forms of art making, works of this nature are difficult for dealers to sell and museum to acquire, which makes generating funds to support the projects a trickier business for many artists. “This kind of work is important, but not always recognized by institutions or galleries,” Lucchetti said. Nor is it often recognized within the context of social work, which is why Pistoletto and Zegna were keen to open up more opportunities for artists creating socially motivated projects. “There was a real need for support for these kind of practices,” said Lucchetti. “The Visible Award is about rewarding the human value of an artwork, not just the market value.”

Created in 2009, the Visible Award is the first European prize that sustains socially engaged artistic practice in a global context and, each year, chooses a new city in which to host the award. The public jury format was piloted in 2013 at the Van Abbemuseum in the Netherlands before the notion of a Temporary Parliament was inaugurated in 2015 when the award was held at Tate Liverpool. “Socially engaged art is different, it’s more inclusive, so we knew the methodology behind the award had to be different,” Visible Project’s other co-director Judith Wielander told Observer, noting that it needed to reflect the purpose of the projects it support, which is to get the public involved. “I think the process really helps new narratives and perspectives come to the foreground.”

After participating in the Liverpool edition of the parliament, Laura Raicovich, director of the Queens Museum, suggested that the next award proceedings be held in New York. The Queens Museum has a had a longstanding and vested interest in social practice-based, publicly engaging projects given that it’s a public institution situated within a public park. But even more appropriately for the purposes of the Visible Award, the museum was once the site of early meetings of the United Nations General Assembly from 1946-50. “We’re trying to re-invoke and re-apply that history, which is ultimately that of an international body seeking to make meaningful change in the world,” Raicovich told Observer.

The event, which is free and open to the public, will convene from 10 a.m. until 6 p.m., bringing together members of the public and selected experts to view presentations, discuss and debate, and ultimately vote openly to determine the winner of the 2017 Visible Award. “We’ll be calling the winning artist right then and there,” said Raicovich, “it’s a really satisfying process.”

Videos of the nine shortlisted projects—pared down from an original 60—are available for public review in advance of the Temporary Parliament on Visible’s website and include works by artists from all over the world such as Indonesia-based Ella Nurvista, Russian artist Chto Delat, and New York–based duo Pedro Neves Marques and Mariana Silva. The day will be introduced by artist and director of the Visible Project, Michelangelo Pistoletto.

Of the experience, Raicovich hopes participants take away a better understanding of how artists and cultural producers are instrumental in furthering a more unified global society. “Hosting the award here—and all over—I think really expands the notion of community,” which is ultimately at the core of social practice movement. “Local specifics might be different, but we’re all still functioning under a global condition of interconnectedness.” 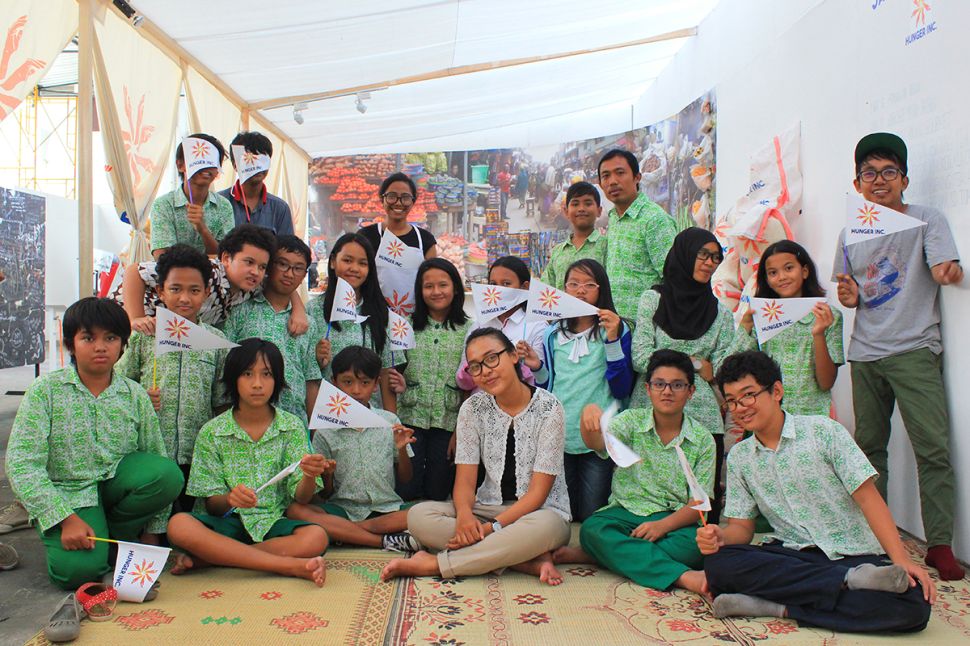