I occasionally despair of the loss of the 1960s rebellious left in American life. Many 60s writers refused a total allegiance to their politics. They found singular voices through dissonance, ambiguity, and contradiction—as individuals often do. It’s not surprising that Norman Mailer, Joan Didion, and Hunter S. Thompson explored free expression on so many of their pages.

What made these authors so attractive was their willingness to embrace ideology only so far. They kept plenty of room in their minds to pursue other beliefs. Also, they rejected certain ideas on the left, as they saw fit—and without drastic consequence. Outside of extreme cases, the 60s alternative culture allowed for such diversity of thought.

Norman Mailer, for example, was very much a leftist, but that wasn’t the whole story. He excoriated the architects of the Vietnam war, and pilloried right-wing journalists who branded everyone on the left a communist, as many good leftists did. But his intelligence roamed across political boundaries. He enjoyed fighting anyone who was enraged by the printed word. Whether sympathizing with black delinquents in “The White Negro” or displaying over-the-top egotism and machismo in The Armies of the Night, he angered conservatives and feminists alike.

Years later, Mailer spoke against a left-wing version of political censorship that cropped up in the 80s in universities.

“I detest political correctness,” he said in a 1991 interview with Martin Amis. “I think it’s the enemy. There are many enemies. But they all come together under one rubric, which is one person trying to tell another person how to think.”

Joan Didion also praised black social movements and quarreled with second-wave feminism. In her essay “The Women’s Movement” she wrote, “To those of us who remain committed mainly to the exploration of moral distinctions and ambiguities, the feminist analysis may have seemed a particularly narrow and cracked determinism.”

Her point here isn’t to take down feminism—a long movement of many leaders whose views are too varied to embody any strict unity of ideas. Instead, she chose to stand alone as a woman and a writer.

Hunter S. Thompson also worked out his own itinerary as a leftist explorer. What etched his figure into the American consciousness were an edgy form of journalism he mastered—called Gonzo—and his passion for firing weapons. The guns completed the image of a semi-dangerous rebel who sometimes decimated enemies on the page.

To Thompson, guns supplied ecstasy, power, simulated retribution, and personal freedom. And it was guns especially that made him different than his colleagues. Though always a leftist, his camo pants and NRA membership complicated his persona. He spoke differently than his contemporaries, too. “Freedom is something that dies unless it’s used,” he wrote. Millions have found heroism in this man who published mercenary, drug-fueled articles for Rolling Stone, and lived according to his own code.

In view of these three luminaries, it’s depressing to ponder our current Millennial left. By and large, they don’t read books. They don’t think for themselves. A bulk of these new leftists are lodged in the tech industry.

On November 17th, 2017 Business Insider reported that Apple’s diversity chief, Denise Young Smith, a black woman, was recently let go for her position on diversity in the workplace.

The white management was shocked by the intelligent independence of a black woman with an entirely reasonable point of view. Now a white woman will take Smith’s place to clean up the messy business of a black woman speaking her own mind.

The left has gone over to such a madness of conformity, I sometimes wonder where are the voices of protest and reason in the liberal ranks. It would take a great chorus of bright leftists to shake up the left. Occasionally a miraculous voice does surface.

Inventor of the term “snowflake,” Chuck Palahniuk claims “the left has to get its shit together…There is a kind of new Victorianism,” in which everyone on the left is offended by nearly everything (Independent, January 24, 2017). Palahniuk coined the term snowflake in Fight Club, published in 1999.

Another bright light on the left is the New York Times writer Frank Bruni. In his June 3, 2017 OP-ED “These Campus Inquisitions Must Stop,” he stood up for embattled professor Bret Weinstein, a progressive. The professor had expressed concern that race at Evergreen College would emerge as the single criterion in accepting new students. He also challenged the Day of Absence in which white students and faculty were asked not to attend classes.

“Dozens of students interrupted one of his classes,” Bruni wrote, “screaming at him about racism, white privilege and even white supremacy.”

In another example of leftist Millennials losing their minds, one week ago Texas State’s student newspaper published an opinion piece that reveals a level of hate that is more and more accepted on the left.

“Ontologically speaking, white death will mean liberation for all,” student author Rudy Martinez states. To all you good-hearted liberals, apathetic nihilists and right-wing extremists: accept this death as the first step toward defining yourself as something other than the oppressor.” (“Column Starts a Culture War,” Inside Higher ED, December 1, 2017).

The university president condemned the essay as “racist,” a rebuke that is practically unheard of on campuses—a welcome response.

Martinez has lost his position at the paper, however, and many call for more consequences. These are the wrong responses. Though the First Amendment simply protects an individual from attack by the government—but leaves him vulnerable to other consequences—I oppose the small-scale destruction of an individual in his community. A person writes something ugly, and he is fired, expelled, burned. The world doesn’t need to end because someone used despicable words. Martinez is a provocateur, a Milo of the left. Both are wrong-headed fools, but killing their ability to speak is also wrong. If you dislike someone’s words, write some of your own.

Many leftists, however, don’t agree with First Amendment rights, at least not ones that protect people they disagree with. In fact, many of them support hate speech laws that jail or fine “offenders.” According to California’s new hate speech bill, SB 219, a nurse who “willfully and repeatedly” uses the wrong transgender pronoun at a long-term care facility for seniors could receive a year in jail or a $1,000 fine.

This law reeks of authoritarianism, and it’s introduced by the California left, whose 1960s predecessors fought against laws of censorship.

My colleague Max Wolf Valerio, trans author of a memoir The Testosterone Files, responds to hate speech laws this way:

“Trans people need free speech. I am embarrassed and shocked that any one of us could depart from the classically liberal tradition, one that opened up the possibility for us to undertake medical, legal, and social transition. You never get anywhere muzzled by fear and the opprobrium of small-minded individuals, be they left or right.”

The tradition of the rebel left hardly exists anymore—except in the hearts of those few who stand up to authority and assert that the movement has lost its way. 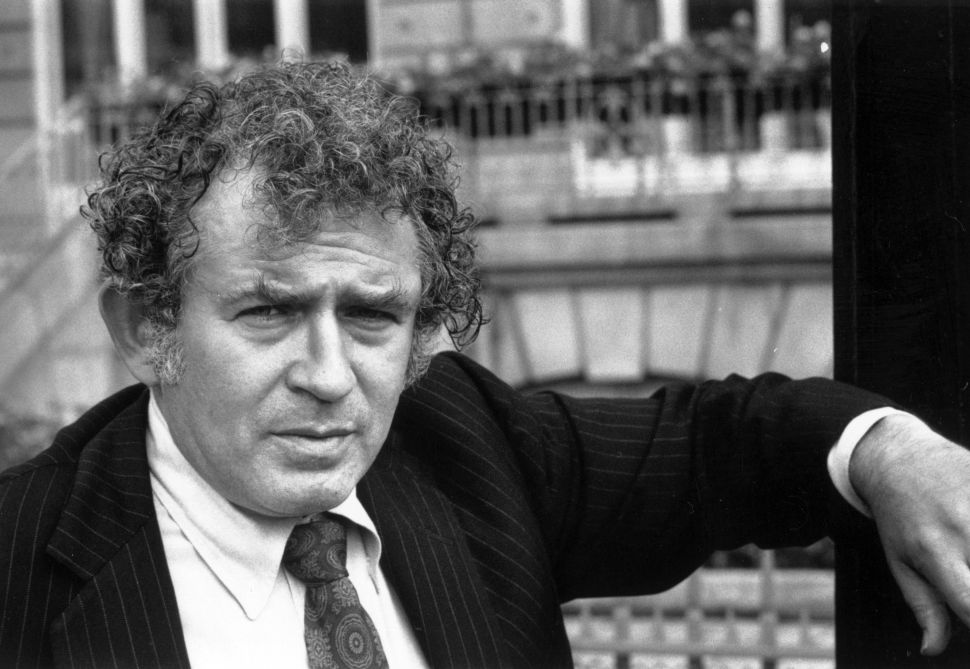