There is currently an internal war waging within the Republican Party over the morality and political expediency of supporting U.S. Senate candidate Roy Moore. I am of the opinion that it is an easy call, because Moore will vote consistently with what I want out of the Republican Party. I am willing to set aside my concerns about him because I want Obamacare repealed, taxes cut and the government shrunk.

The Republican National Committee (RNC) is now again backing Moore, a decision that comes in the wake of President Donald Trump’s wholehearted endorsement of Moore on Monday morning. “We stand with the president,” a senior RNC official told Breitbart News.

Some Republicans reacted with outrage. As reported by The Hill, former RNC Chair Michael Steel rage tweeted at the RNC.

“Your refusal to acknowledge you’ve just endorsed an alleged pedophile for the sake of ‘a vote’ tells me Roy Moore will be a Trump Puppet and America no longer has a moral compass under your ‘leadership,’” Steele wrote on Twitter.

Amanda Carpenter, CNN contributor and former Sen. Ted Cruz staffer, tweeted her outrage that so many women are supporting Moore: “The Chair of the RNC is a woman, Ronna Romney McDaniel. So is the Gov. of Alabama, Kay Ivey. Both are rallying behind Roy Moore. I’m sick.”

One can believe some of the allegations against Moore and still prefer him over another Democrat in the Senate. The Never-Trumpers now hyperventilating with anger are the same Republicans who used to justify supporting Hillary Clinton for president. If Republicans are dumb enough to give away a seat to a Democrat just to make them feel morally superior, thereby shrinking their majority 51-49, that would be the definition of short sighted politics.

With cable television filled with Never-Trump talking heads, one would think no sane Republican could find a reason to support Moore. I can find a couple: the guy will vote to repeal Obamacare, slash the size of government and cut my taxes, and his opponent will not.

This fight will not end on election day, because Senate leadership has concocted a plan to seat a different Republican from Alabama if Moore wins. The Hill reports Senate Majority Leader Mitch McConnell is laying in wait for Moore to get sworn in so he can try to expel him from the Senate.

Last month, McConnell warned that Moore will immediately face a Senate Ethics Committee investigation if he wins the special election on Dec. 12. And NRSC Chairman Cory Gardner (R-Colo.) called for Moore to be expelled from the Senate after he is sworn in.

Expelling a newly elected senator would set a dangerous precedent. In 2009, Democrats flirted with the idea of not seating or expelling Illinois Senator Roland Burris due to allegations that he paid a bribe to get appointed to the seat previously occupied by Barack Obama. After some heated skirmishes, Democrats walked away from the expulsion plan because they recognized it was extraordinary means to remove a sitting senator. The argument to not expel Moore is even stronger, because Burris was appointed by a scandal ridden governor who wound up in jail for corruption. Moore is set to win an election fair and square.

In 1995, an ethics case was brought against Sen. Bob Packwood (R-OR) for sexual misconduct in office. He resigned, but his case was not limited to the sexual scandal; it also involved favors given out by his office that improved his financial standing. The case to expel a member for conduct that happened before being sworn in as a senator would allow the Senate to accept or reject duly elected senators for reasons that don’t rise to the level of litigated crimes nor conduct while in office. Moore’s alleged transgressions happened decades ago.

The bottom line is that if you don’t support Roy Moore, you support his Democratic opponent. Much like the choice between Trump and Clinton, this has become a proxy fight between the Never-Trump sliver of the Republican Party and conservatives who recognize Moore’s vote is needed in the Senate. 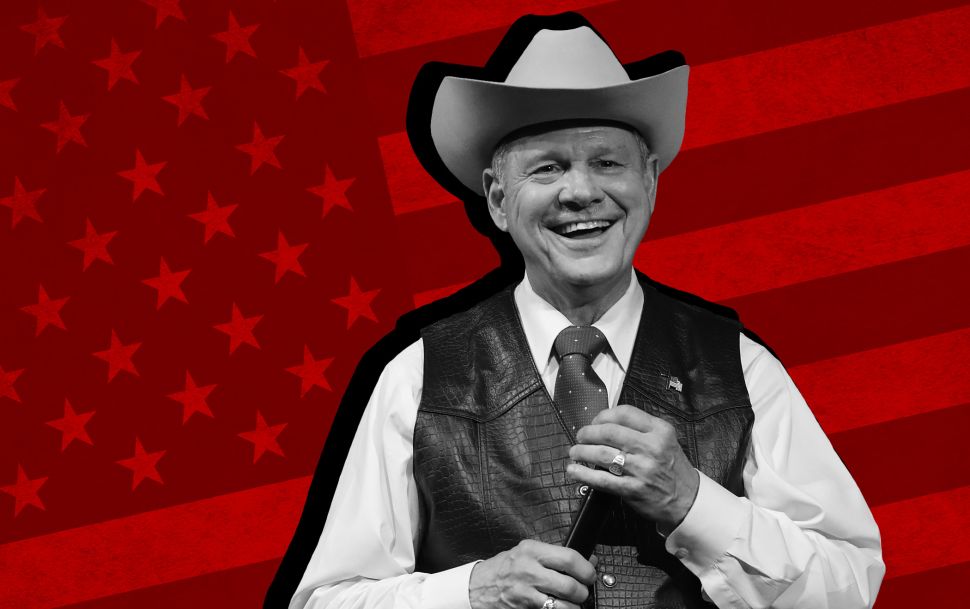