The two have been engaging in a war of words recently as Kimmel has pounded Moore over allegations of sexual assault of minors. On Twitter Thursday, Moore appeared to have enough with Kimmel’s attacks.

.@jimmykimmel If you want to mock our Christian values, come down here to Alabama and do it man to man. #ALSen https://t.co/E7oQB9D83P

Never one to take his foot off the gas pedal, Kimmel responded in kind.

Sounds great Roy – let me know when you get some Christian values and I’ll be there!

But Kimmel didn’t stop there. On Thursday night, he kicked off his ABC late night show with an opening monologue directed right at Moore.

“I had an interesting day today,” Kimmel began. “I accept the invitation…I’m going to come down with a team of high school cheerleaders. … And when the girls and I show up, if you can somehow manage to keep little Roy in your cowboy pants, you and I will sit down in the food court and have a chat about Christian values.”

Kimmel himself seemed confused on Moore’s intention and wondered if the Senate candidate truly did mean to fight him.

“There is no one I would rather fight,” Kimmel said. “I will put my Christian values aside to fight you. I’ll wear a Girl Scout uniform, so you have something to look at. Whoever wins the fight, we’ll donate the money from tickets we sell to whatever charity we want. I’ll donate mine to the women who claim you molested them.”

As Kimmel explains it, Moore first became ticked off at the host after the show did a segment the night before in which correspondent Jake Byrd attended one of Moore’s rallies while wearing a shirt with the candidate’s face on it. During the segment, Byrd declared himself a Moore superfan and interviewed supporters, but was thrown out of the rally for repeatedly interrupting Moore’s speech and yelling “Does this look like a man who hits on teenage girls?”

You can watch Kimmel’s full monologue below.

Long story short: who is going to set up the Pay Per View for Moore vs. Kimmel’s clash? 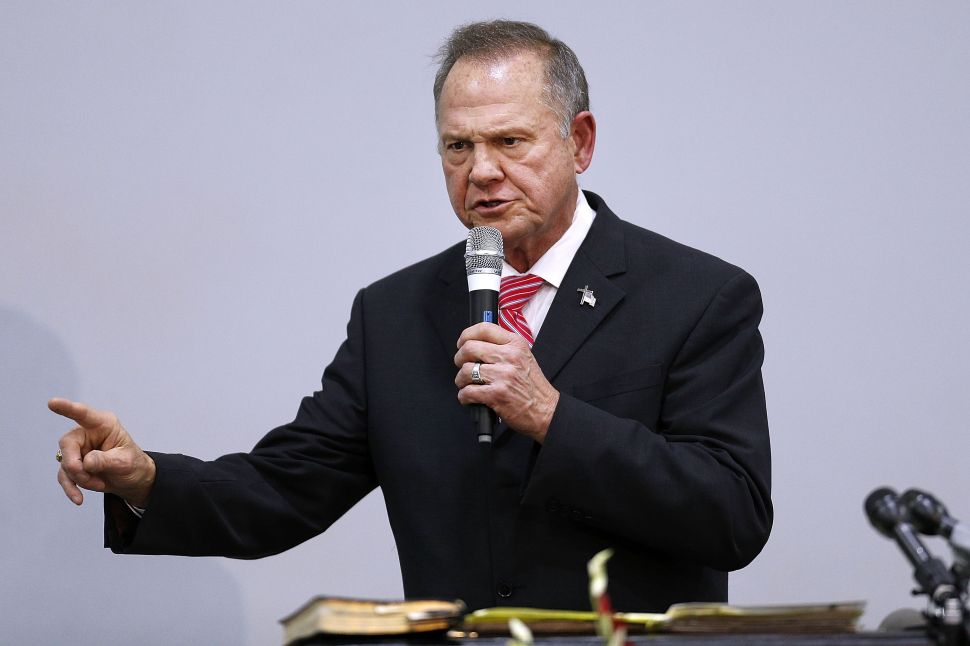