Back in September, it was reported that former White House press secretary Sean Spicer was closing in on book and television deals. Since then, he’s joked around on Jimmy Kimmel Live and made lying to the American public a punchline at the Emmys. Now, he’s finally prepared to unleash that book he’s been talking about. This should be good.

Spicer appeared on Sean Hannity’s show on Monday to announce that he is writing a book about his time in the White House so he can “set the record straight.” It’s perfect timing for Hannity, who just last week said that Barack Obama had a “sick, pathetic and twisted” obsession with Donald Trump and is now interviewing the president’s former mouthpiece.

“I’m going to write a book that will come out in the summer of 2018,” Spicer said. “I’ve decided that it is incumbent upon me to set the record straight and give people a real understanding of what happened through each of those crucial points in our history.”

You can see Spicer’s full comments in the video below:

It’s a bit ironic that Spicer is now so gung-ho regarding the clarity and accuracy of his time with the Trump administration, given that he was routinely criticized for spouting falsehoods as press secretary. In an interview with Paula Faris of Good Morning America after his resignation, Spicer admitted that he had “made mistakes” during his tenure. However, he did not believe he had deliberately deceived.

“I don’t think so,” Spicer answered, when asked if he had ever lied to the American people. “I have not knowingly done anything to do that, no.”

Spicer has not yet been signed to any major television network as a contributor following his White House departure. However, he’s still managed to grab the spotlight with promotional teases like this one before his Hannity appearance. 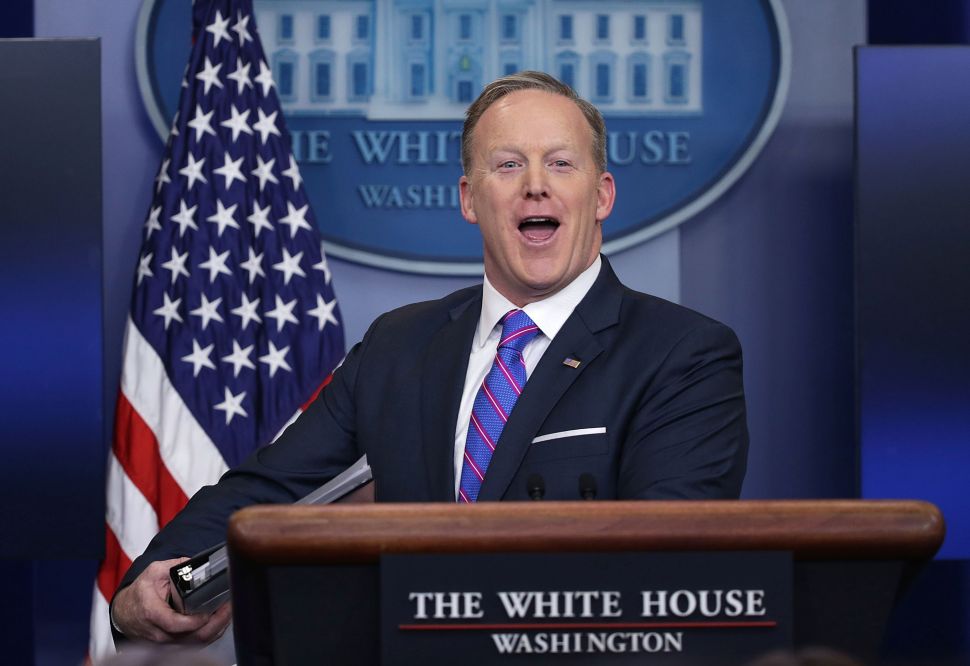