People scratched their heads when Seth Rogen was cast as Steve Wozniak in Danny Boyle’s Steve Jobs, not because Rogen isn’t talented, but because it was so unexpected. The career funny man was making the leap into drama for the first time (no, we’re not counting his small role in Donnie Darko). While we’re all for versatility, this next foray into dramatic territory is an even greater departure from the stoner-centric comic audiences have come to know and love.

Deadline reports that Rogen has been cast as legendary CBS newsman Walter Cronkite in Newsflash, from Stronger director David Gordon Green. Per the outlet:

“The film takes place on November 22, 1963, the day President John F Kennedy was assassinated in Texas. It was that day that television network news came of age, and Cronkite became the most trusted TV newsman voice of America, even if he wasn’t first to announce the president had died (NBC did that).”

The script is being penned by Ben Jacoby, a hot up-and-coming screenplay writer whose The Ravine is being favorably compared to Chinatown. This time around, Jacoby’s story centers on media icons such as Cronkite, Don Hewitt, Jim Aubrey and Dan Rather as they attempt to keep the nation informed in the wake of JFK’s assassination. According to the outlet, Stampede Ventures, a new company formed by former Warner Bros. WW Production chief Greg Silverman, is looking to attract an A-list cast to round out the picture. Word on the street is that Silverman is hoping to lure Mark Ruffalo for Hewitt and Bryan Cranston for Aubrey, though Rogen and Green remain the only names officially attached at this time.

Aubrey will be painted as the bad guy in the film as he was under pressure to turn a profit for the network and felt like CBS Evening News wasn’t a solid enough performer. He even went so far as to threaten to fire Conrkite and end the entire evening newscast programming block in favor of more popcorn entertainment. However, as we all know, Cronkite and company persevered to become arguably the greatest news team in history.

Green and Rogen know each other from their time on Pineapple Express. The director is currently busy shooting Halloween while Rogen has added producer/godfather to his acting gigs by shepherding series such as AMC’s Preacher and Hulu’s Future Man to the small screen. He can next be seen in front of the camera in The Disaster Artist.

Can you see the funnyman as Cronkite? 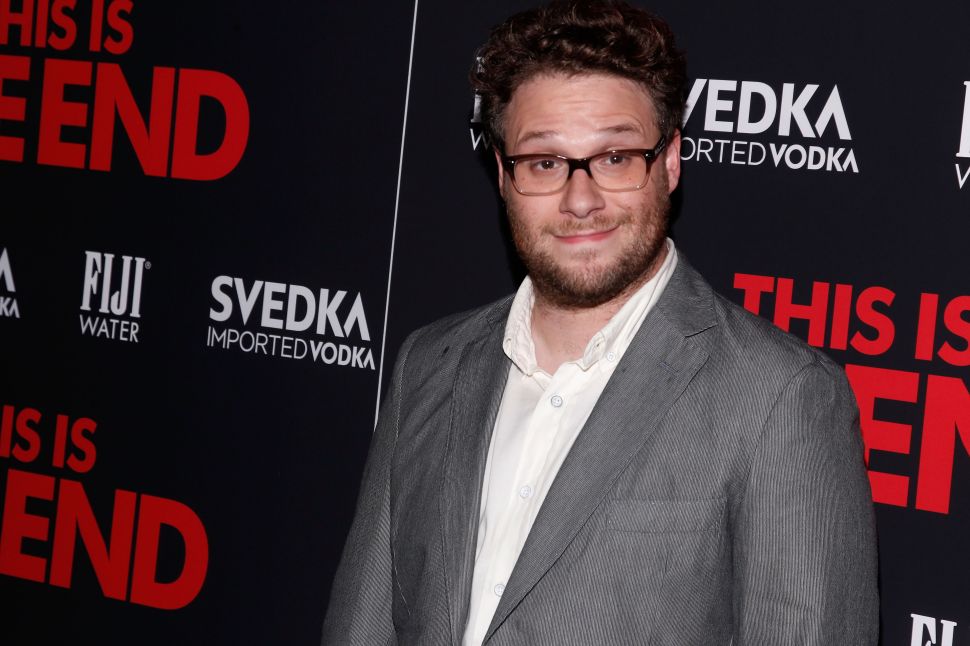