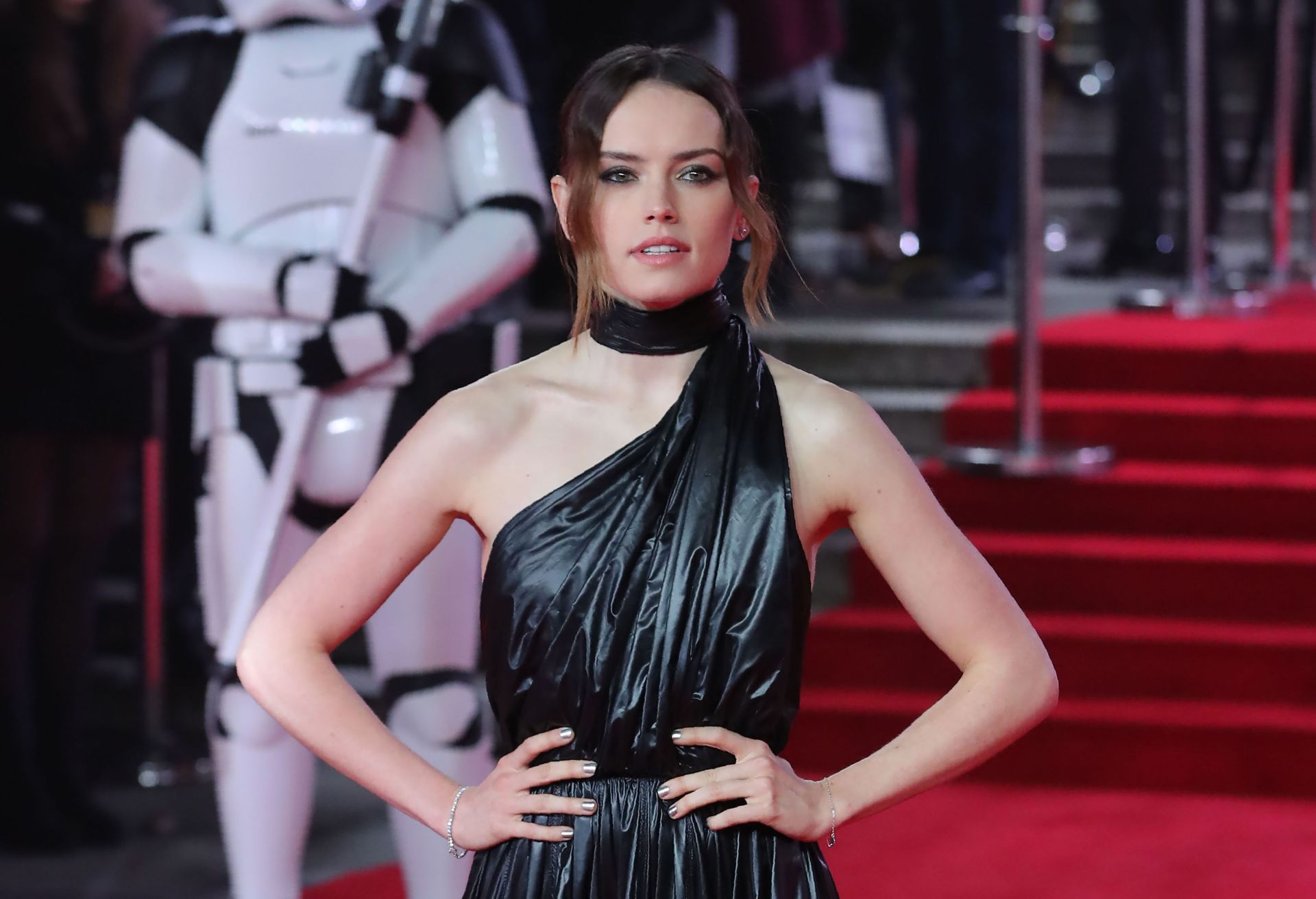 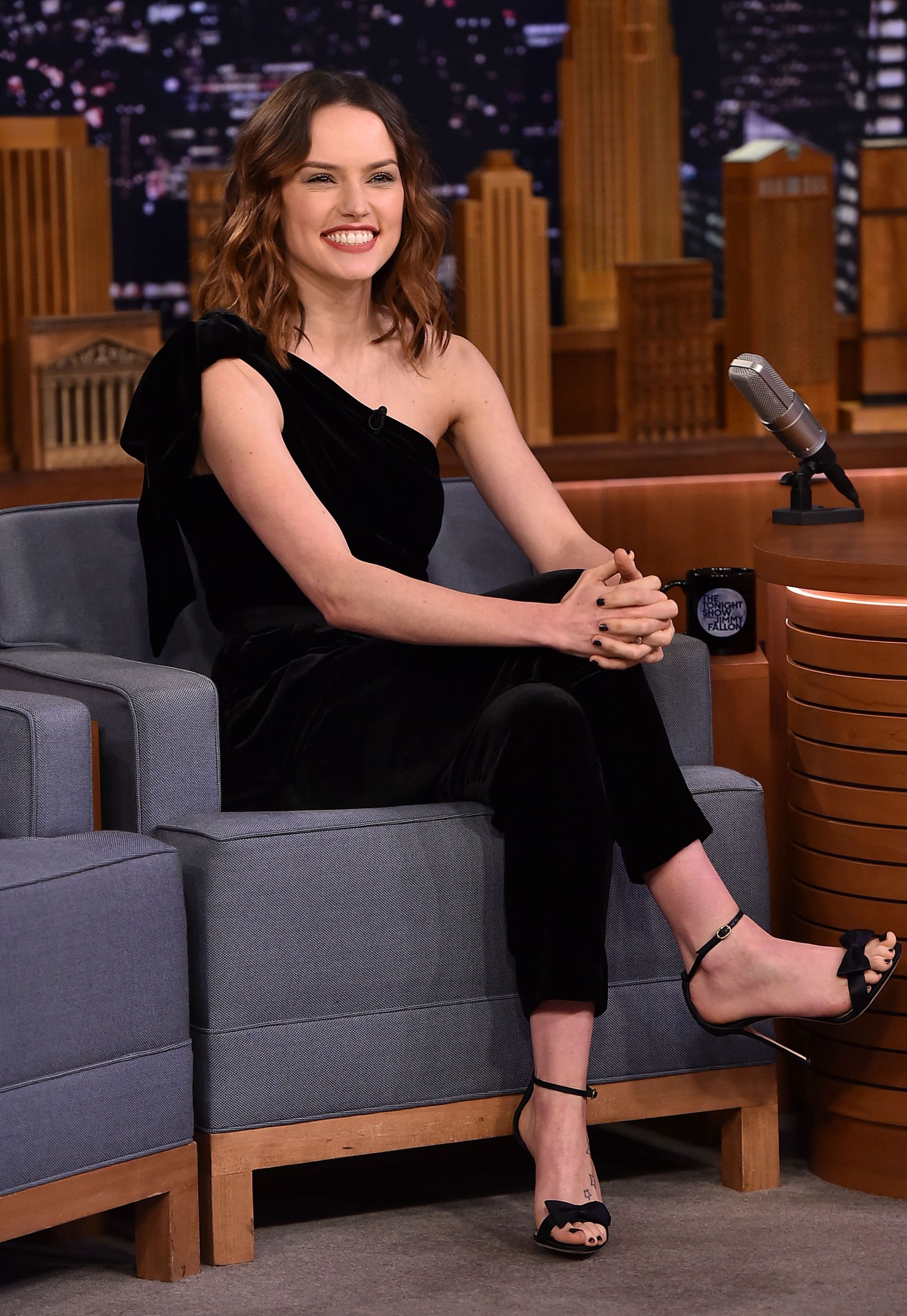 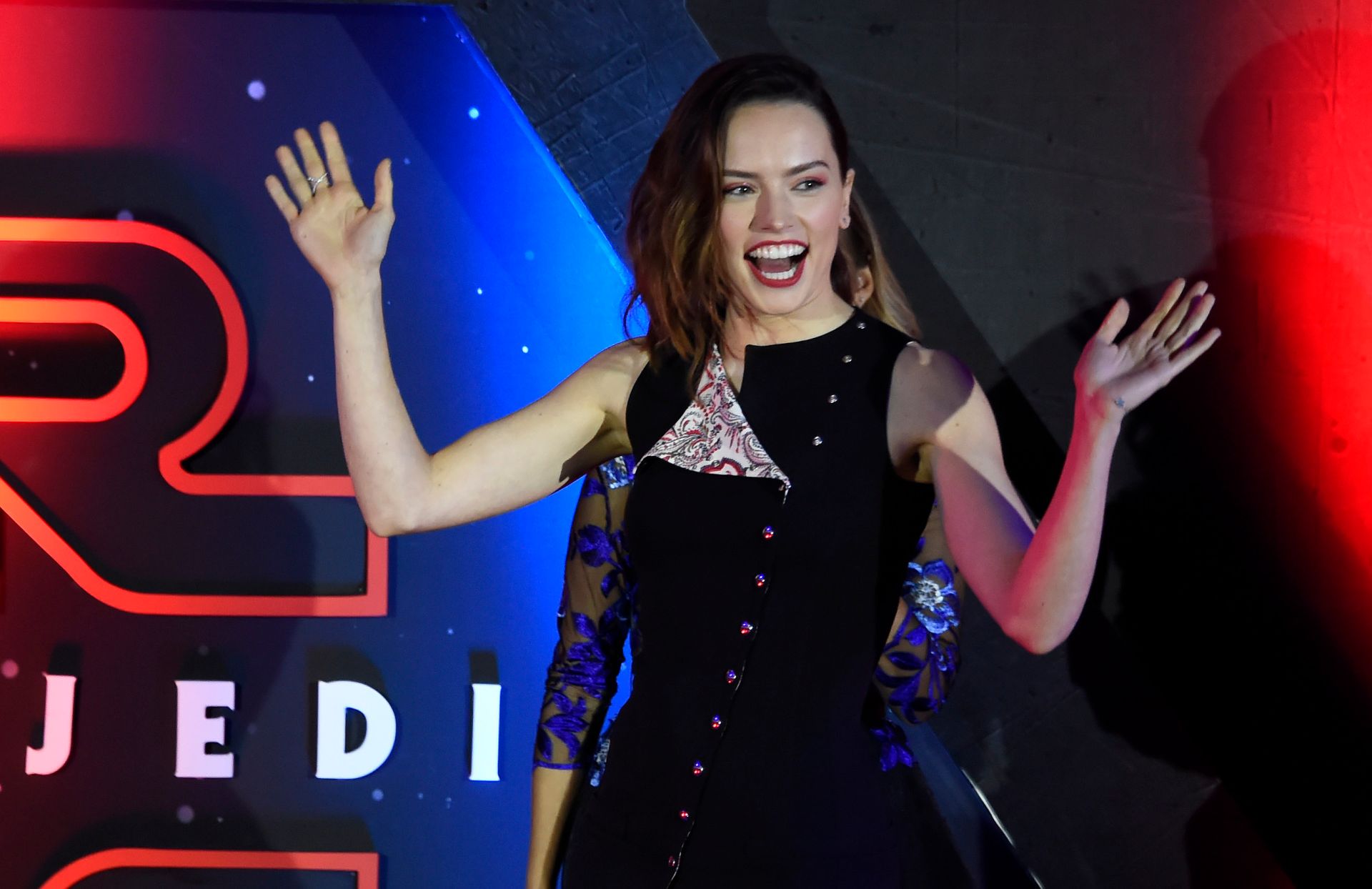 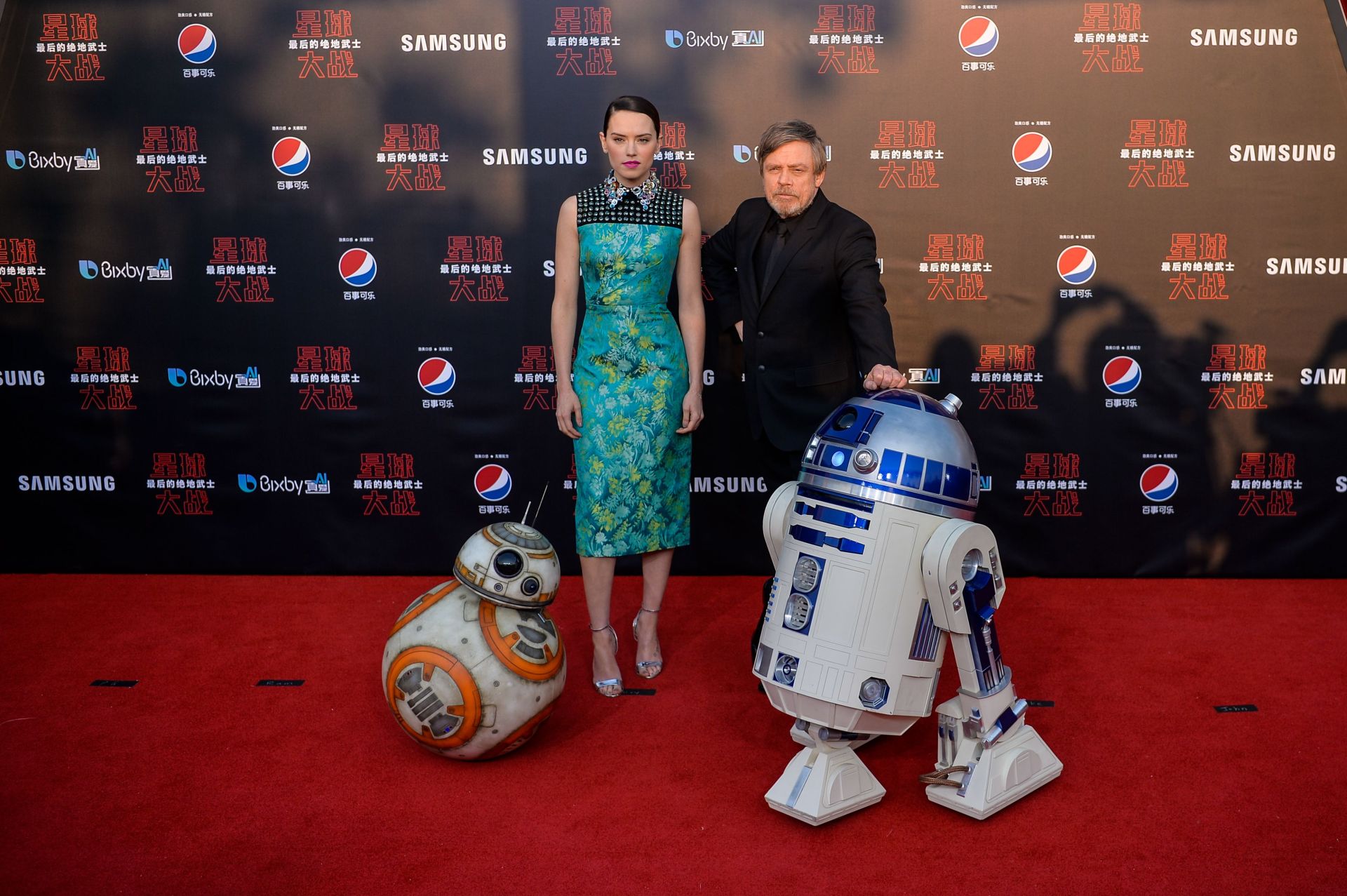 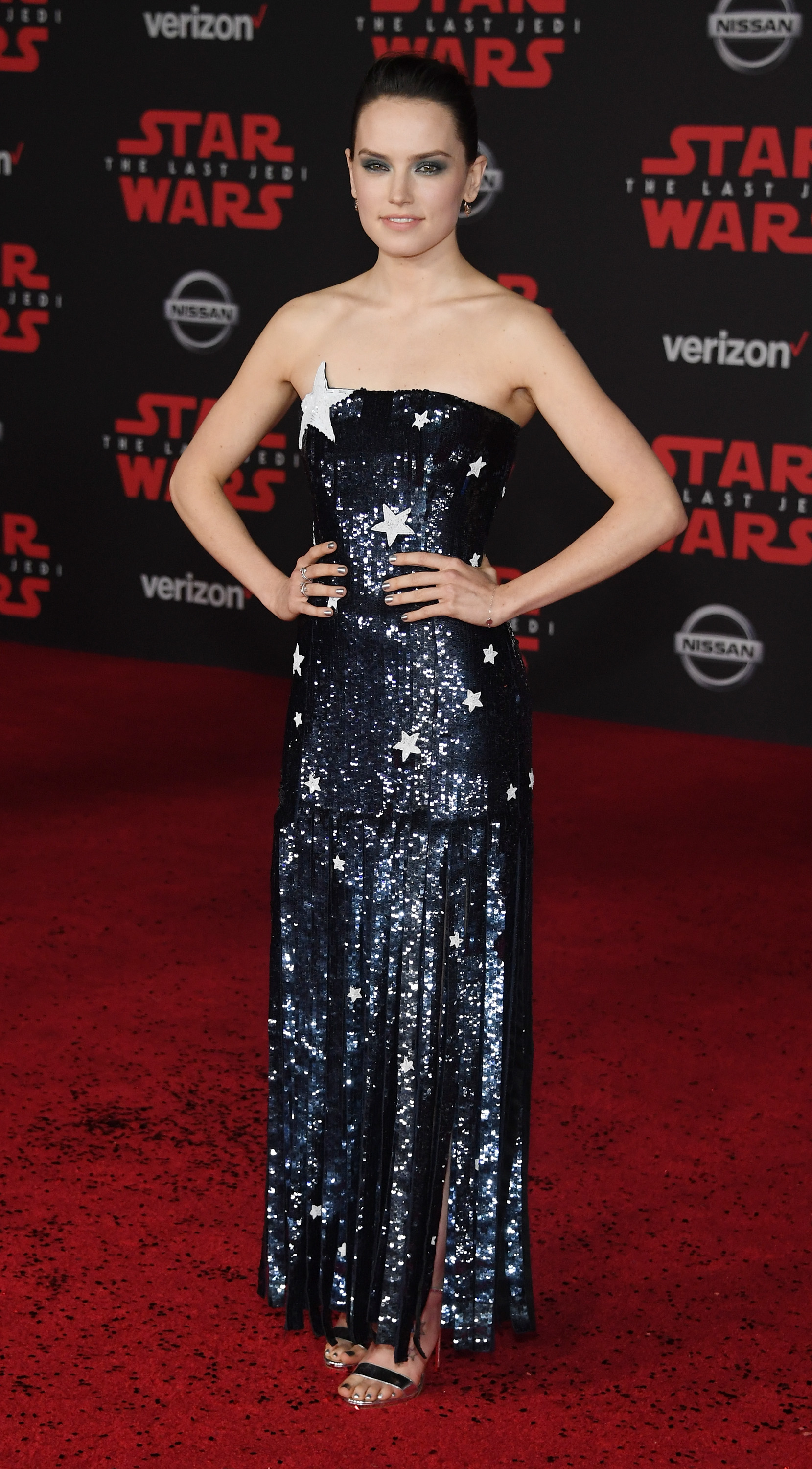 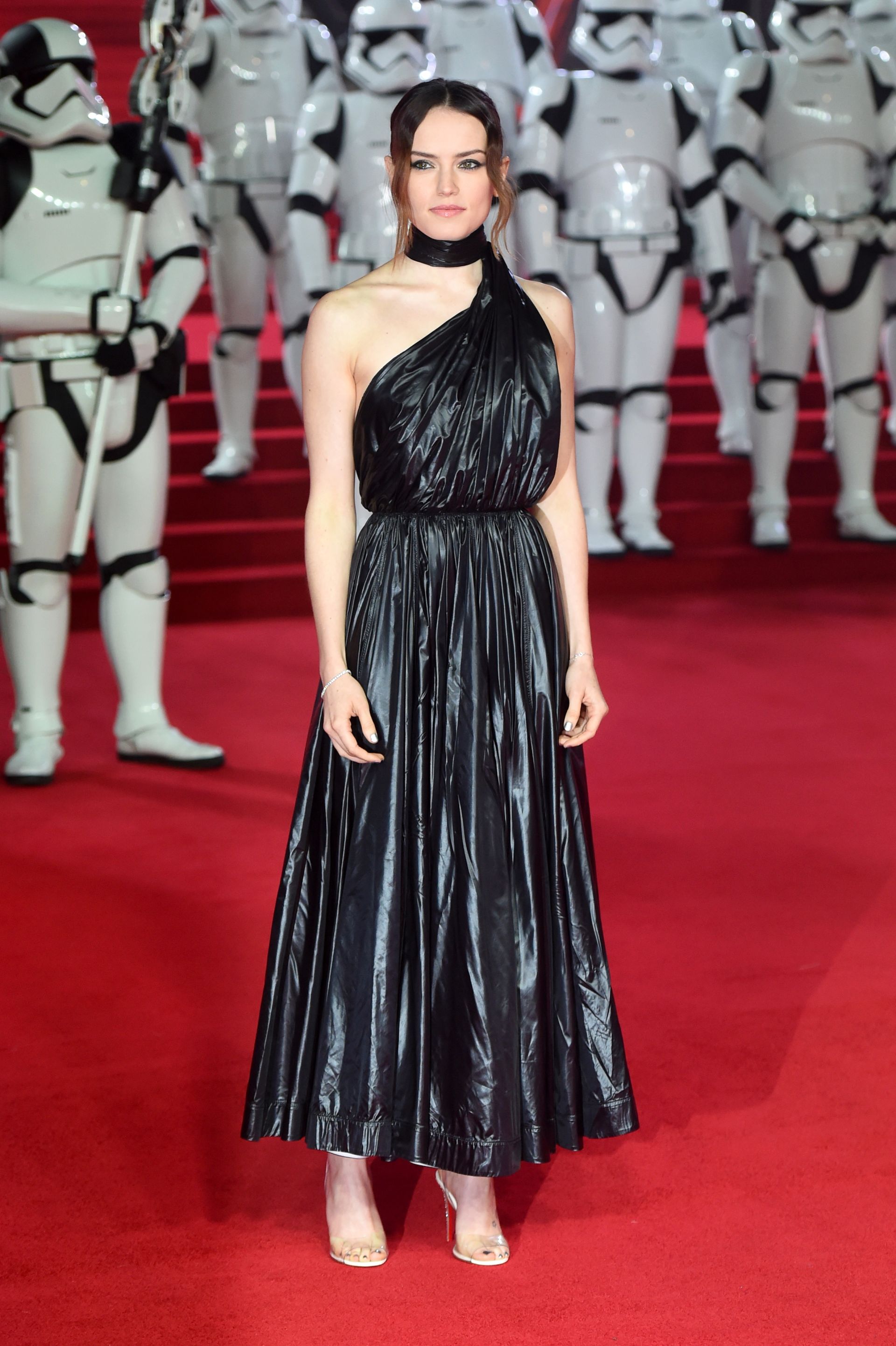 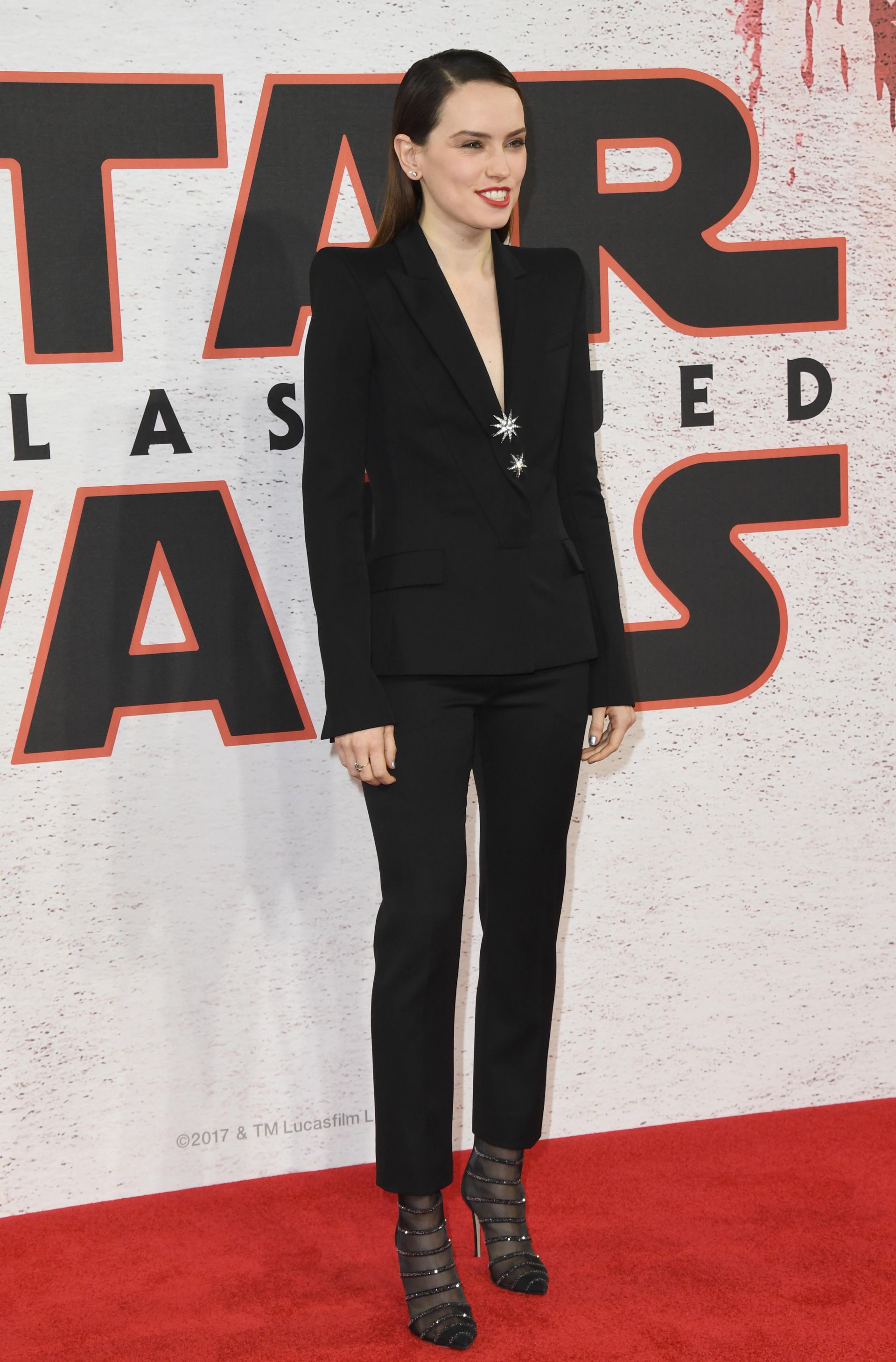 During a Star Wars: The Last Jedi photocall in London. Ridley is wearing a Mugler suit.
Getty Images
Advertisement 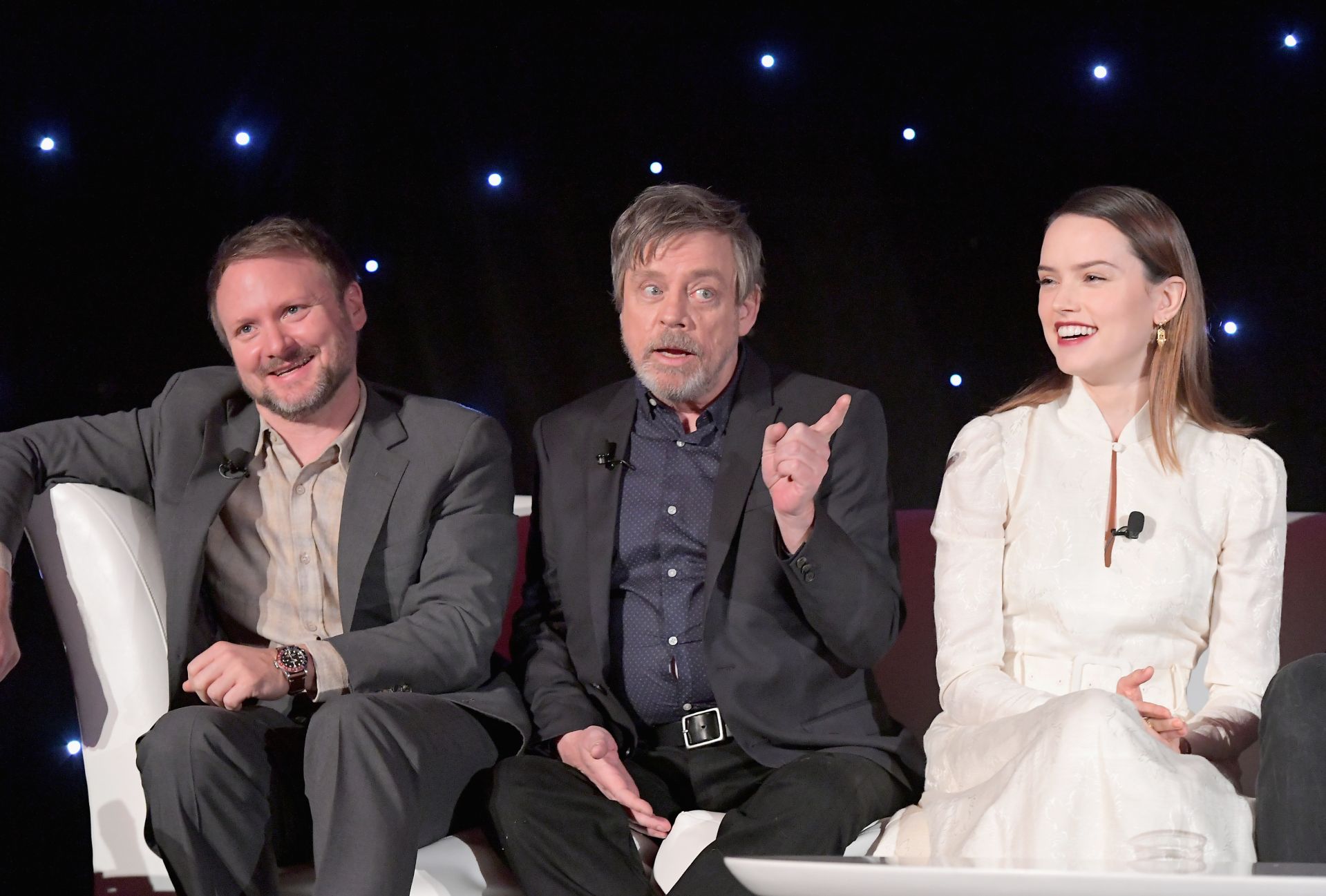 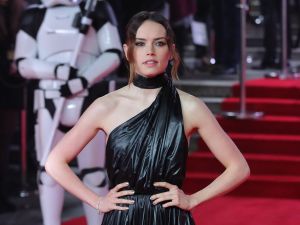 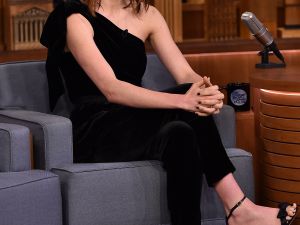 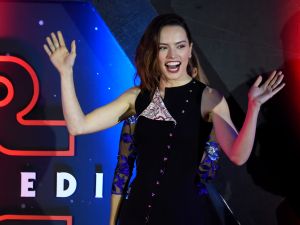 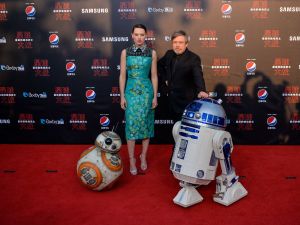 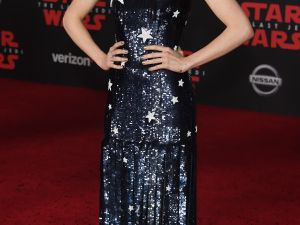 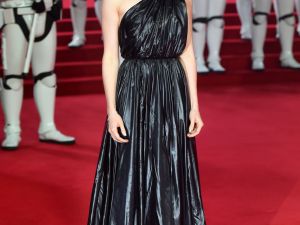 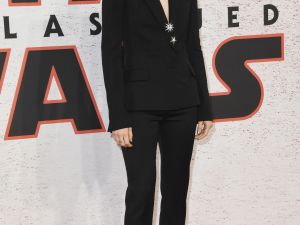 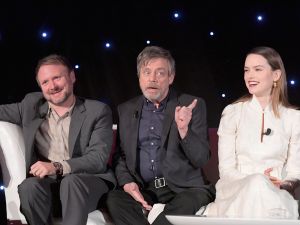 Just last month Daisy Ridley graced the cover of Vogue‘s November issue and she took that opportunity to tell the style bible: “I realize I sort of do dress like a four-year-old.” We have a feeling that Anna Wintour does not share that sentiment, as she did choose the Star Wars: The Last Jedi star to be featured on the glossy’s front page—and the editrix is as discerning as they come.

After seeing Ridley grace numerous red carpets around the globe, to promote the latest film in the George Lucas franchise, we can confirm that she does not, in fact, dress like a toddler. However, it appears that she (and surely her stylist, Petra Flannery) do adore monochromatic looks in the very simple shade of black. For a premiere in Europe, Ridley donned a shiny black Calvin Klein 205W39NYC dress with one-shoulder and a choker detail and for a photo call in London, she opted for a sleek Mugler suit in noir—accenting the striking silhouette with the flash of a few diamond brooches. Over the past few weeks, she’s worn even more all-black getups, from an Ulla Johnson jumpsuit with an oversized bow to a Paco Rabanne combo that featured just a flash of pink.

Ridley did, however, deviate from her basic color scheme recently, opting for a flashy Prada shift dress that was covered in a green and blue floral, accentuated with a studded shoulder panel and finished off with a glimmering sparkle-adorned collar. It was a welcome break from her recent red carpet choices that haven’t quite been boring but are certainly not the most adventurous sartorial selections of the century.