Last week, we compared the box office performances of Star Wars: The Last Jedi to Star Wars: The Force Awakens.  While no one ever expected the sequel to approach the same lofty monetary heights of its direct predecessor, many assumed it would play more or less like The Force Awakens from week to week in terms of percentages. Well, we were all as wrong about that as the stylishly dressed Poe Dameron was about Vice Admiral Holdo.

The Last Jedi earned an estimated $100.8 million domestic from 4,232 screens over this four-day Christmas weekend and roughly $68.5 million over the Friday to Sunday period, per Box Office Mojo. The film easily won the weekend box office, ahead of newcomer competition such as Jumanji: Welcome to the Jungle and Pitch Perfect 3. However, The Last Jedi fell 68.8 percent in its second weekend compared to The Force Awakens‘ 40 percent dip. For perspective, Warner Bros. was thought to be devastated by Batman v Superman: Dawn of Justice‘s 69 percent tumble in its second week last year. Overall, no film has ever lost as much money domestically as The Last Jedi between its first ($220 million) and second weekends.

So, should Disney and Lucasfilm be worried (if they’re not already)?

The short answer is no: studio head Kathleen Kennedy does not need to race to the nearest escape pod.

Christmas Eve always sees a down tick in box office before the numbers shoot back up on Christmas Day. To wit, The Last Jedi earned “just” $14.6 million on Sunday before taking in $32.1 million on Monday, the second-most ever. So it’s not as if the critically acclaimed sequel just withered up and died. The mixed fan reaction has certainly played a big role in the movie’s box office performance, but a big drop off was expected anyway. Star Wars has historically peaked with the first entries in their trilogies with The Empire Strikes Back and Attack of the Clones both falling roughly 30 percent domestically over the course of their entire runs compared to their predecessors, according to Forbes.

But more importantly, The Last Jedi out-earned initial expectations enough to build up such a massive total that a drop such as this won’t really matter that much when all is said and done. The film scored the second-biggest domestic opener ever last week with $220 million and the fifth-biggest worldwide opening with $450 million. Pre-release tracking numbers had suggested a U.S. opening on the lower end of the $190 million to $200 million range and a global take of $425 million. On Friday, the film had already crossed $650 million worldwide in just one week. Per Forbes:

As things stand right now on Tuesday morning, The Last Jedi has grossed $397.2 million domestic and $777.5 million worldwide. If it grosses “only” $600 million domestic (good for sixth-biggest all time) and snares a similar percentage from foreign markets as The Force Awakens, we’re still talking about a worldwide total of around $1.4 billion (the movie has yet to open in China). And that $600 million domestic number is lowballing it.

Yes, the massive week two drop is disappointing overall. But when your movie is still on pace to be one of the top ten highest-grossing films both domestic and worldwide of all time, you’re still in a good position. No need to hit the panic button. 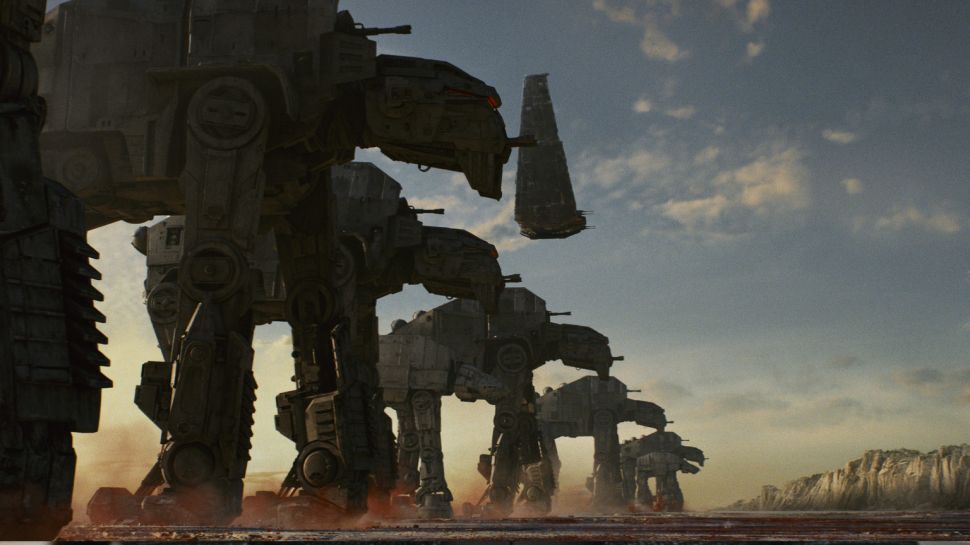