In 2015, California passed the Reproductive FACT Act, which mandated that the state’s more than 200 “crisis pregnancy centers” (CPCs) properly disclose to patients whether they were medically licensed and that California subsidizes birth control and abortion procedures. Religious groups backing the anti-abortion pregnancy centers promptly sued California Attorney General Kamala Harris, igniting an intense legal battle that will make its way onto the Supreme Court docket this January.

A federal district court rejected the CPCs’ arguments, affirmed by the U.S. Court of Appeals for the 9th Circuit. “California has a substantial interest in the health of its citizens, including ensuring that its citizens have access to an adequate information about constitutionally protected medical services like abortion,” Judge Dorothy W. Nelson wrote in the three-judge panel’s unanimous decision. However, the Supreme Court agreed last month to weigh in on whether the act violates the First Amendment. The case, National Institute of Family and Life Advocates v. Becerra, will be argued on an undisclosed date in the coming months.

The underlying issue with these centers is not their strict adherence to religious values; it’s that they spread false or misleading information to pregnant women. In 2006, a congressional report described their practices, noting that eight centers propagated a false connection between abortion and breast cancer risk, future fertility, and mental health.

The deception doesn’t end with the distribution of religious medical propaganda; CPCs are strongly opposed to the FACT Act because they prefer to operate under the guise of abortion clinics. Many unsuspecting pregnant women enter CPCs expecting to be educated on their options, only to be deliberately steered from abortion upon arrival.

To understand how the issue arrived on the Supreme Court’s docket is to understand the history behind it; the pro-life movement has retained a powerful legal grip on the First Amendment since abortion was decriminalized in 1971 and legalized in 1973 by Roe v. Wade. The right to religious freedom that underlines the American Constitution is used as a mighty retaliation tool that swells in power as soon as it is threatened; by injecting religious philosophy into the debate, they can use it to undermine legal opponents.

Roe v. Wade was considered the greatest achievement in prenatal health since the introduction of antibiotics and antiseptics, but the ruling that single-handedly brought New York State’s mortality rate of pregnant mothers down by 45 percent also doused kerosene on the ferocious public debate. With more legislative wins came more calculated retaliation. According to the Guttmacher Institute, a reproductive rights organization, states have enacted more than 1,074 laws to limit access to the procedure since Roe v. Wade.

In the early 1990s, the pro-life movement had a problem: the controversy surrounding abortion had reached an all-time high. In 1993, an anti-abortion protester shot and killed Dr. David Gunn outside his home in Pensacola, Fla., the first abortion-motivated murder in the nation’s history. According to the National Abortion Federation, there were “at least 9 murders, 17 attempted murders, 406 death threats, 179 incidents of assault or battery, and 5 kidnappings committed against abortion providers” between the years of 1997 and 2009.

The increased violence surrounding the abortion debate led President Bill Clinton to sign the Freedom of Access to Clinic Entrances Act, prohibiting force, the threat of force, or physical obstruction from an individual providing or receiving abortions. Hindered by F.A.C.E but enabled by the First Amendment, combating abortion was restricted to protesting outside clinics, distributing pamphlets, carrying signs, and non-threatening shouting or singing. With a legal barrier in place, anti-abortion activists reached a stalemate in attacking the physical establishment itself and began assembling to take down the legal establishment.

At the center of the pro-life movement legal reckoning sits the National Institute of Family and Life Advocates. In 1993, pro-life attorney Thomas A. Glessner and other profile members of the movement founded the NIFLA to “provide legal advice, counsel, education and training to pro-life Pregnancy Resource Centers (PRCs) and Pregnancy Medical Clinics (PMCs).” Using a highly effective “if you can’t beat ‘em, join ‘em” strategy, Christian umbrella groups including the NIFLA now operate an estimated 2,300 to 3,500 CPCs in the United States, a number that continues to multiply compared to the mere 800 abortion clinics across the country.

The centers will be represented by the Alliance Defending Freedom, the firm that famously defended a Colorado man religiously opposed to creating wedding cakes for same-sex couples in Masterpiece Cakeshop v. Colorado Civil Rights Commission last week, a case similarly constructed around First Amendment rights. When the Supreme Court hears National Institute of Family and Life Advocates v. Becerra in the coming months, the legitimacy of these CPCs will be called into question, hopefully creating a distinction between free speech and self-serving religious propaganda. 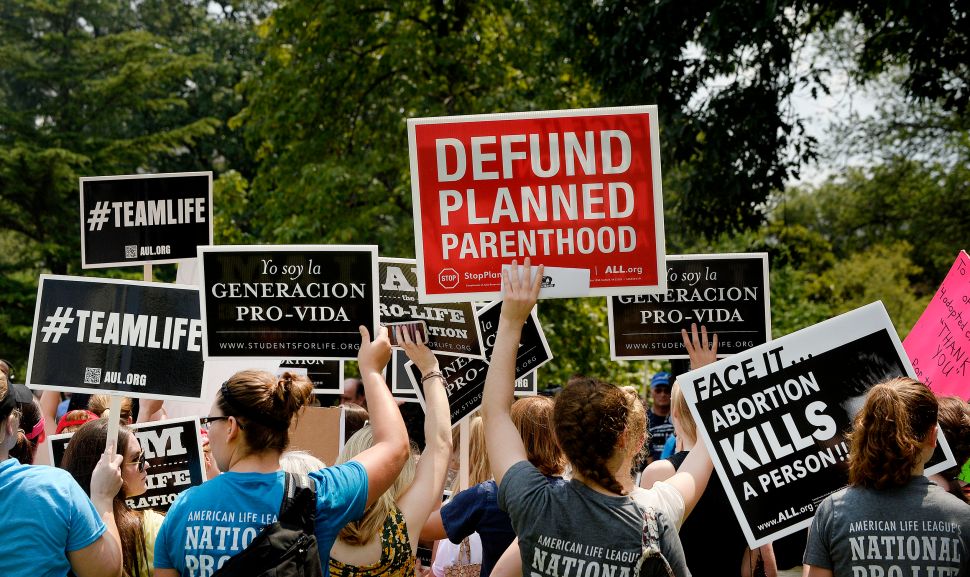