Season two of Netflix’s royal drama The Crown justifies the streaming service’s massive investment into the series by largely embracing the dirtier underbelly of glitzy prestige that accompanies such a lifestyle. Not only are the personal issues of Queen Elizabeth (Claire Foy) and her family front and center, but also those of John F. Kennedy’s (Michael C. Hall), who debuts in a supporting role this time around.

As was the case in real life, Kennedy and his wife Jackie (Jodie Balfour) accept an invitation to meet Elizabeth. While American pop culture and legend has built Kennedy up into this mythic figure, The Crown does not shy away from his flaws such as drug addiction.

But none of that ever scared Hall, who is more than comfortable with seedy characters thanks to his days headlining Dexter.

“No,” he told Entertainment Weekly when asked if JFK’s depiction in The Crown ever gave him pause. “Not given what I know to have been true about him. His initial drug use was steroids to treat his autoimmune deficiency which resulted in a lot of bone deterioration, and then they put him on painkillers to manage that. But because of the sluggishness that [the painkillers] inevitably created, he turned to amphetamines to function. And obviously, you have to function at a pretty high level as a head of state.”

“So, yeah, he was very much a functional addict — initially by necessity and then he was managing the side effects,” Hall said. “I think he had his own Dr. Feelgood and that was part of the picture. And his relationship with women was certainly a well-kept secret back then but at this particular moment is an interesting thing to examine and reveal.”

According to medical records (per ABC News), Kennedy variously took “codeine, Demerol and methadone for pain; Ritalin, a stimulant; meprobamate and librium for anxiety; barbiturates for sleep; thyroid hormone; and injections of a blood derivative, gamma globulin, a medicine that combats infections.”

“I studied very closely his performance during these crisis [1961’s Bay of Pigs and 1962’s Cuban Missile Crisis], and what was striking is how effective he was,” Dallek told the outlet. “He made a bet with himself and the country, in a sense, that he could be president, and he carried it off brilliantly. It was extraordinary.”

The Crown has been lauded for its depiction of major historical figures early in its run. John Lithgow’s turn as Winston Churchill in season one won him an Emmy while Foy has been considered a true breakout star. Season two of the drama, which Observer reviewed, will hit Netflix on Friday, December 8. 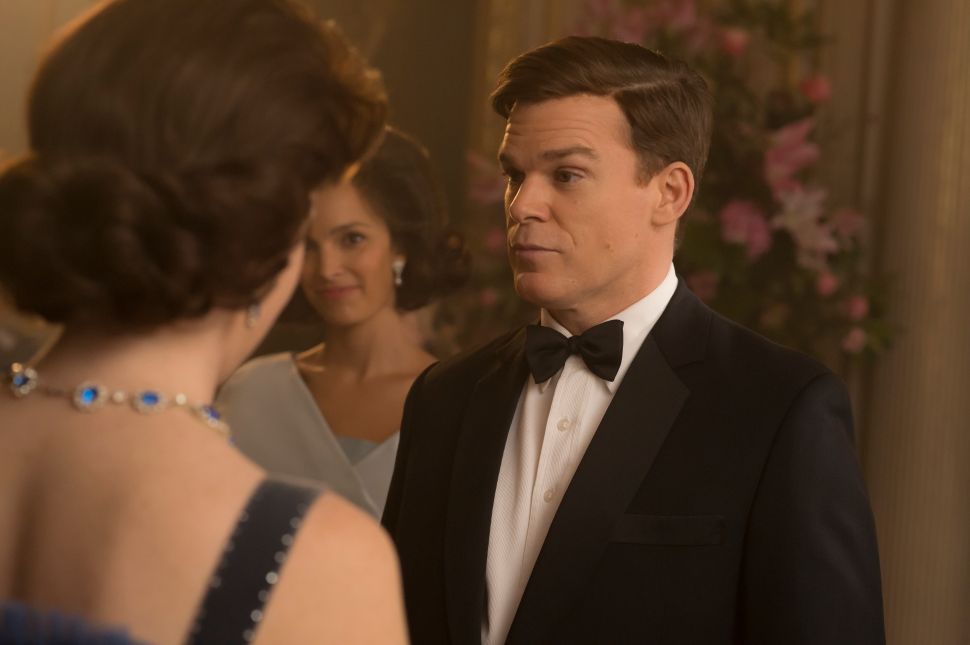