As a filmmaker, Guillermo del Toro is famous for his creature creations. The hulking yet detailed mass of Kaijus in Pacific Rim, the enduring Pale Man in Pan’s Labyrinth; the director is a master at breathing life into otherworldly beings. But he doesn’t do it alone. In many instances, none of his most iconic creations would be possible without the help of actors and visual effects. It is in that beautiful hybrid of technology and art in which some of his greatest imagined feats are spun into see-it-to-believe-it realities. And now, the amphibious man at the center of The Shape of is del Toro’s most impressive creation yet. While the director and actor Doug Jones deserve immeasurable credit for their roles in creating the character, it is visual effects supervisor Dennis Berardi and his team at VFX company Mr. X—who have worked on popular projects such as Mr. Robot, Vikings and Mudbound—that are the true unsung heroes of this Academy Awards-worthy film.

The Shape of centers around Elisa Esposito (played wonderfully by Sally Hawkins, who is a shoo-in for an Oscars nomination), a mute custodian at a secret government facility that is housing a spectacular creature during the Cold War. As both outsiders come to see one another for who they really are, a beautiful and sincere love story begins to unfurl. But in order to make their connection believable, Berardi and his team of visual effects designers had to do the impossible: they had to bring a fish-man, for lack of a better word, to life.

“The main idea was to make sure we didn’t break the suspension of disbelief. It’s our job to enhance the performance of the leading man,” Berardi told Observer. “Elisa has to fall in love with him, but so does the audience.”

That all starts with the character’s design, which is grounded in classic sci-fi but is approachable thanks to its human nature.

“The big thing was that he had to be relatable and not be a monster,” Berardi explained. “We had to understand that this character had a soul and he had feelings. He was intelligent. So he had to look strong and have a heroic feel with some monster-like qualities. However, ultimately when you looked at him, audiences needed to understand that he was…lovable.”

After watching The Shape of , it’s clear that all involved were not so much going for a Creature from the Black Lagoon monster, but more of a non-traditional leading man. He’s like a work of art: meticulously created inch by inch and left up for interpretation. But unlike a classic Picasso, this masterpiece required layer and layer of collaborative effort.

“It’s a very interesting process, bringing this character to life. Doug Jones brought the main interpretative performance piece to the character. He’s a phenomenal actor and it’s an amazing performance in terms of what he can do to his body. However, there are limitations of what he could do on screen because he was acting through inches of latex. We wanted to help complete the performance.” 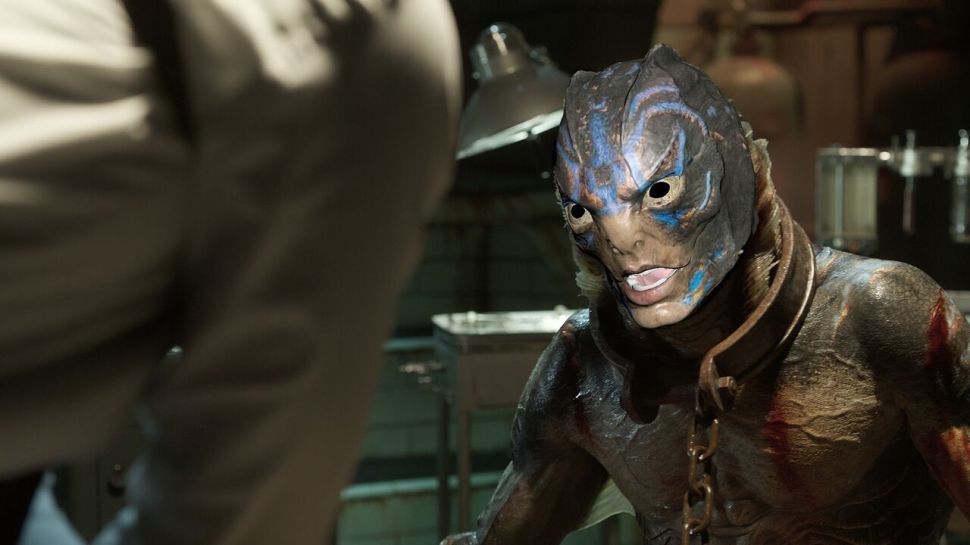 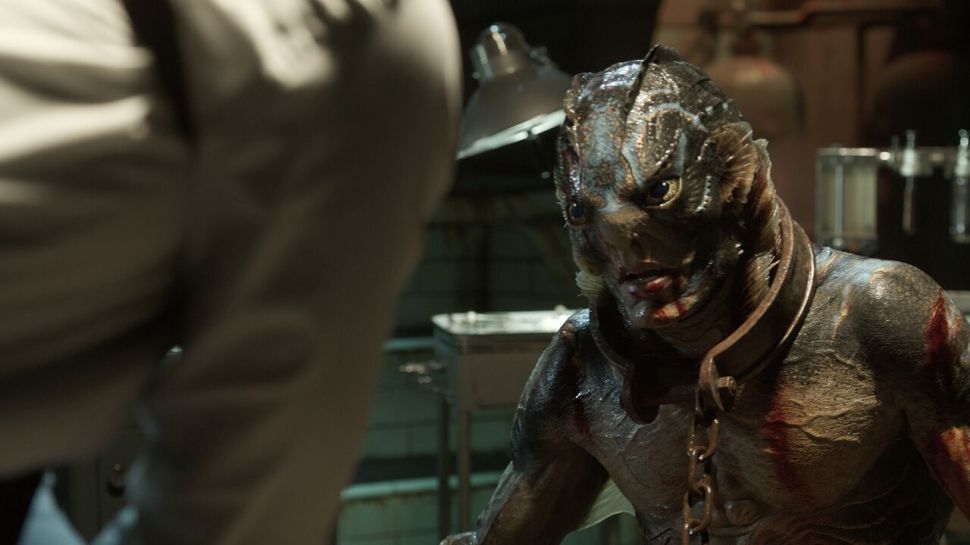 So how do the VFX team punch up Jones’ natural work? They use his facial expressions as inspiration, but they attach to it the nuances of emotive features.

“In every shot, we went in and tweaked certain places and parts of the suit. It starts from the eyes out in most cases. We edit the eyeballs and meditating membrane, which are then photo realistically rendered…Then we added micro expressions. A curl of the mouth, a furrowed brow, we animate digitally and render on top of the action.

“In some cases, that’s all we did. In some cases, we’d replace the whole face with a digitally animated face. Anytime he’s underwater, we animated the creature and rendered him to be photo realistic. We looked at references and movements underwater—Olympic swimmers, otters, dolphins, seals—and came up with a hybrid approach. Strong yet graceful.”

However, all visual effects teams run the risk of tinkering too much. Striving for perfection can lead to fatal flaws. You see it in entertainment all the time; a shot or character that just screams CGI and takes you out of the moment as a distraction. The Walking Dead‘s seventh season was interrupted by #Deergate and Justice League has been criticized for its unconvincing computer generated villain. These are showstoppers, and not in the good way.

“We were very careful to harvest as much as Doug’s initial interpretation of the character as possible. We thought we’d fail if audiences started to see the animation and visual effects…Because we have so many buttons and so much control, we can tend to do too much and you see that in bad visual effects and CGI. It’s over-animated and very obvious. It would’ve disrupted the scene. We would’ve committed the cardinal sin if we took audiences out of the story…There’s discipline in subtly.” 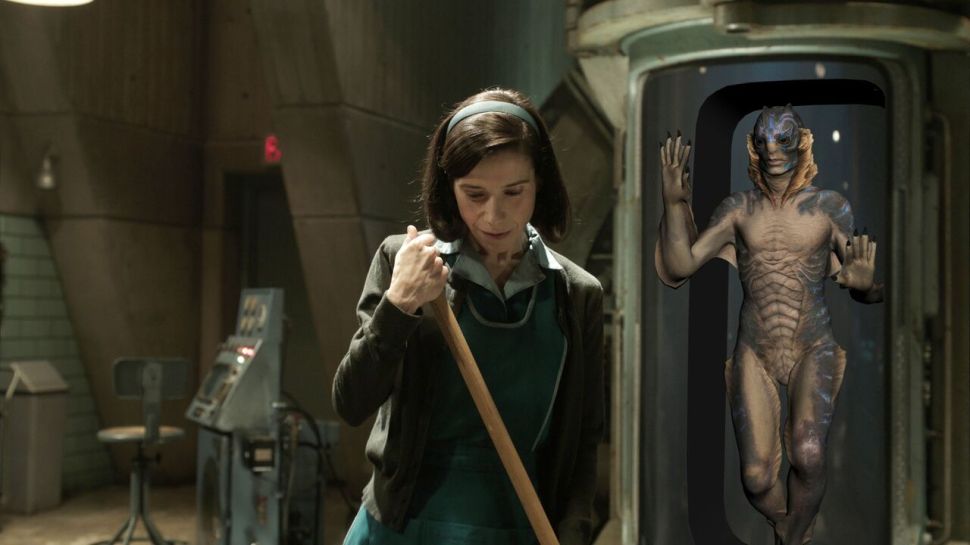 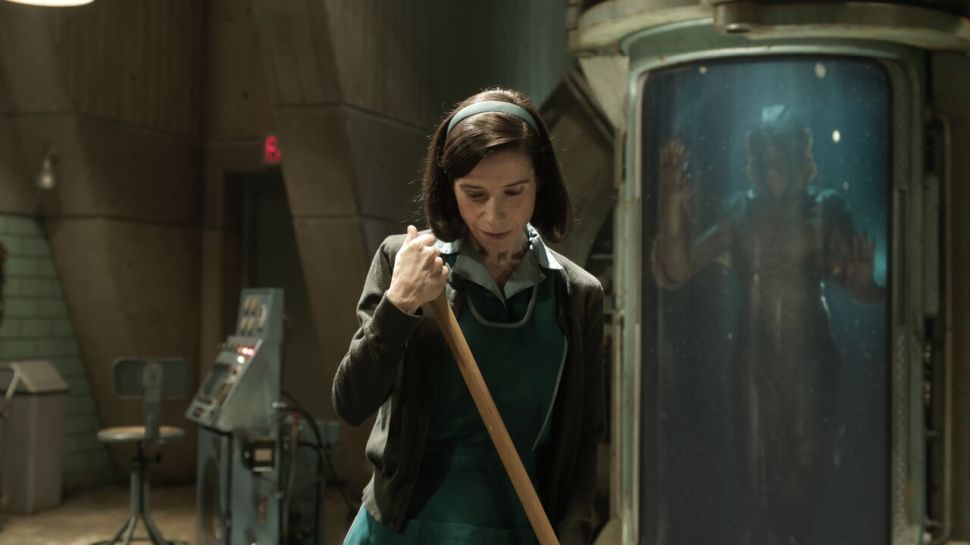 Berardi and Mr. X helped to transform this concept that existed only in del Toro’s mind into a living, breathing thing. Without the creature, there is no movie. He may of the sea, but he is arguably the most human aspect of the story. And unlike other effects-driven fever dreams of the silver screen, The Shape of didn’t plummet Fox Searchlight into the red. The film was amazingly made for less than $20 million, a feat that separates the VFX company from others in Hollywood.

As Berardi said, Elisa needs to fall in love with the amphibious man in The Shape of and so too does the audience. Viewers need to experience a visceral gut reaction to his appearance that skews away from fear and confusion and swims straight towards endearing and beautiful.

“We have to make sure the audience understood that he was childlike and kindhearted first and foremost.” 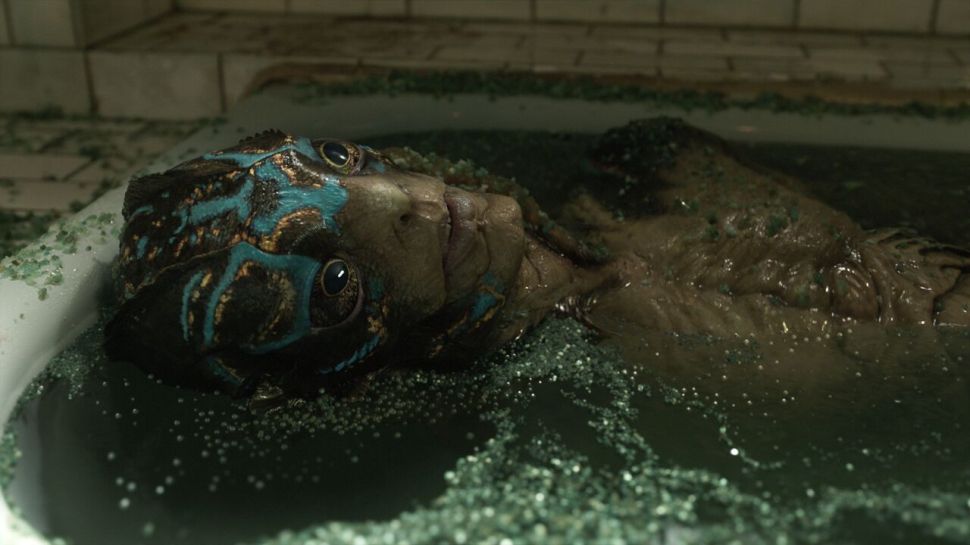