It was a low bar, but we cleared it. If you’re an insane pedophile, you don’t get to represent the people of Alabama in the U.S. Senate. Not in this country.

The Democrats ran a good race and they’re right to feel proud about it. But don’t get too excited about the outcome, because most Republican nominees next year aren’t going to be people who think we should bring back slavery, consign gays and lesbians to leper colonies, and take pride in hiring Jews as their attorney (as a Jew, I just keep wondering why the Roy Moore and his wife don’t have at least one Jewish doctor. Not even one? What’s wrong with them?).

Donald Trump may prove to be an albatross upon GOP candidates across the country next year, but relying solely on the Alabama playbook isn’t going to result in a new power structure on Capitol Hill. Yes, you can use finely-tuned turnout models to better focus your ground game. Sure, you can parse through the metadata to figure out the best way to get more likes on your candidate’s Instagram. And all of the hatred of Trump means that raising money for Independent Expenditures and SuperPACs is not going to be a problem. But it’s also not enough. Doug Jones didn’t win in Alabama because he discovered some special kind of elixir—he won because the alternative was unacceptable, even to a majority of Alabamans. That’s not a repeatable strategy. If Democrats want to retake the House and Senate next fall, they would be wise to remember the following:

It’s not hard to understand what’s at stake. But that’s very different from understanding how to recognize what the voters are looking for and making sure you give it to them. And that doesn’t just come from demonizing the other side. It doesn’t just come from statistical analysis. It comes from choosing candidates who are real people, with intrinsic beliefs, intrinsic appeal and an intrinsic sense of the moment. It doesn’t matter who wants to be the nominee. It matters whether they’ll resonate enough with the voters to beat their GOP opponent—likely none of whom will be as unappealing as Roy Moore.

As goes Alabama so goes America said no one, ever. Democrats (and all of us) should feel good about defeating Moore. But don’t confuse an uplifting night for a formula for victory in 2018. 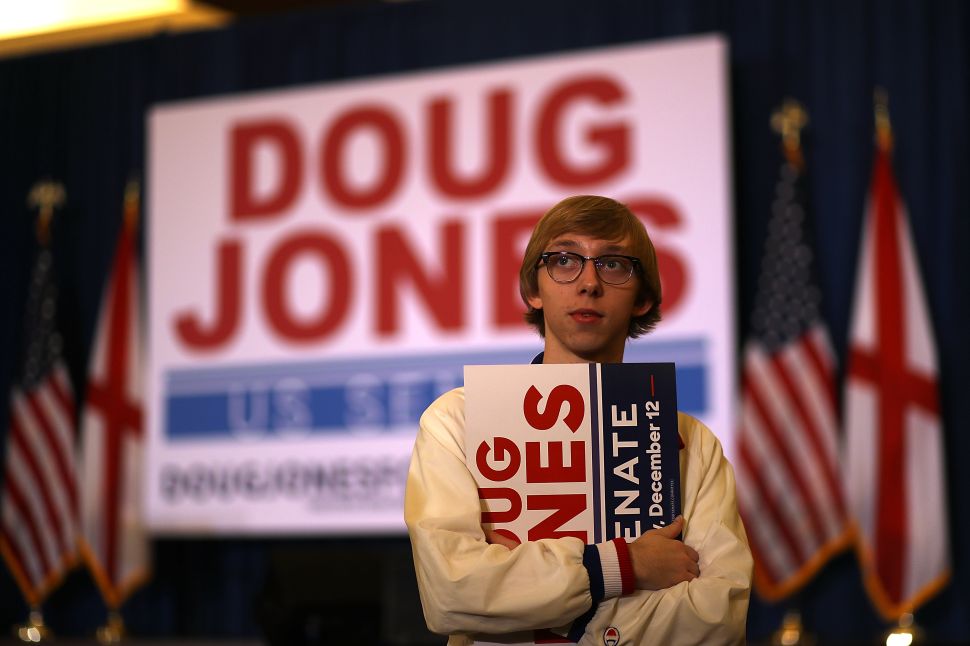